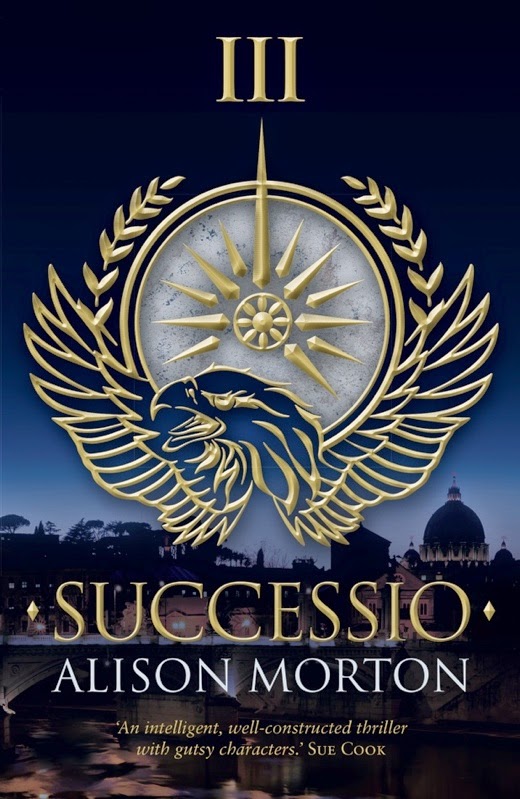 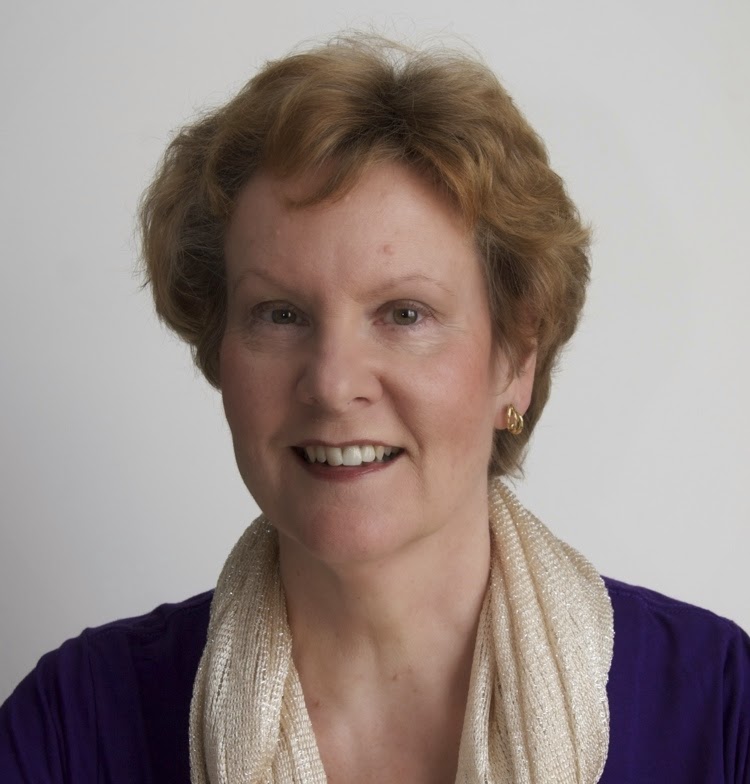 Author of INCEPTIO and PERFIDITAS, first two alternate history thrillers in the Roma Nova series, published by SilverWood Books. B.R.A.G. Medallion® honorees. Both shortlisted in the 2014 Self-Published Book of the Year Award.

Alison has been kind enough to chat to Jaffareadstoo about SUCCESSIO

Tell us three interesting things about your novel, SUCCESSIO, which will pique the reader’s interest.

Firstly, the story is set in a small 21st century Roman country in central Europe, founded by dissidents sixteen hundred years ago and now ruled by women. The tough little country of Roma Nova lives by early Roman virtues, and defends itself robustly, but is at the forefront of the digital revolution.

Secondly, the plot springs quite a few surprises as we find out about the complex family relationships behind the story of revenge. Perhaps the tone in SUCCESSIO is a little darker than in the first two books in the series, but the danger is grave.

And the third thing? My heroine, Carina, whom readers may have met already in INCEPTIO and PERFIDITAS, has a sense of humour as well as a bad attitude towards those who are up to no good… She’s going to need both.

What was the most difficult aspect of the writing SUCCESSIO and how did you overcome it?

The Roman background was familiar and for the thriller and military aspects I drew on my own experience. However, some of the non-historical research, especially in the psychological area, took me into new areas. But I had some expert help from a practising psychiatrist, plus I became fascinated by how little we know about what goes on in our heads. Now that was a scary thing to find out!

I hate finishing! Leaving the characters is the worst part of writing. I think that’s why I’m carrying on the series beyond this third book. But I deliberately moved Carina’s life a little further on in each book. Realistically, she can’t have death-defying, ‘save the world’ adventures every year of her life. At the start of  INCEPTIO she’s 24, in PERFIDITAS 32 and here in SUCCESSIO she’s 39/40 with a 14/15 year old daughter. I wanted to see how her life had developed over a period.

Is she as I expected? Probably more mature by book 3 than I originally conceived her. Although she has to face some serious challenges, she does learn by them and it’s a joy to watch. How strange that sounds! Almost as if she was a very close friend, sister or colleague.

Well, I have a plan every day when I wake up and by the time I go to bed, I realise it has never quite worked out. In theory, I write in the morning and do emails, social media, admin and write blogposts(!) in the afternoon. My aim is a minimum of 500 sensible words a day, preferably 1,000. Sometimes, I have to go to the supermarket and wash my hair, though. I like swimming, reading, of course, and drinking wine.

What's next for Roma Nova?

I’ve drafted about 70,000 words of the next adventure when we go back to the late 1960s in Roma Nova and find out about the early life of Carina’s grandmother, Aurelia. A grand passion, a pitiless enemy, silver smuggling and plots to wreck Roma Nova’s economy surround Aurelia who places her love for her daughter and her country above everything else.

In the meantime, here’s the beginning of SUCCESSIO…

My thanks to Alison for giving so generously of her time and for kindly offering a signed paperback copy of SUCCESSIO to one lucky winner.


My thoughts on SUCCESSIO


The fascinating world of Roma Nova continues to enthral in this clever alternate history which maintains the story of Carina Mitela, the leading female protagonist we have followed since the very early days of INCEPTIO. SUCCESSIO takes up the story some years after the conclusion of book II.

Threaded throughout the novel, the ever present threat of danger is the central theme, but in SUCCESSIO, darker elements are exposed and as old secrets are uncovered, the very real threat to the Mitalea forces Carina into re-evaluating everything she has ever known about her life in Roma Nova. The need to protect her family is, as always, paramount, but Carina is no longer the young idealistic warrior, she is now far more mature, with greater family responsibilities, and there is no doubt, that at times, she finds these obligations difficult and fraught with danger.


As always, it’s a real treat return to the vivid world of Roma Nova. The thrilling nature of the narrative brings time and place to life in quite a believable way, so that almost without you realising it, the characters take on a life of their own, and very soon Roma Nova becomes quite real in your imagination.

There is no doubt that the success of this series is down to the meticulous planning and fine attention to detail that we have come to expect from this talented author. I am sure that the series will run as long as Ms. Morton has the imagination to keep Roma Nova alive.