Malcolm Welshman is a retired vet who has worked at London Zoo, in a small animal hospital and as a consultant dealing with exotics. He has written for newspapers such as The Sunday Times and The Daily Mail and national magazines including The Lady, Yours, Cat World and Dogs Today and was the My Weekly vet for fifteen years. He is a BBC Radio panellist and a guest speaker worldwide on cruise ships. 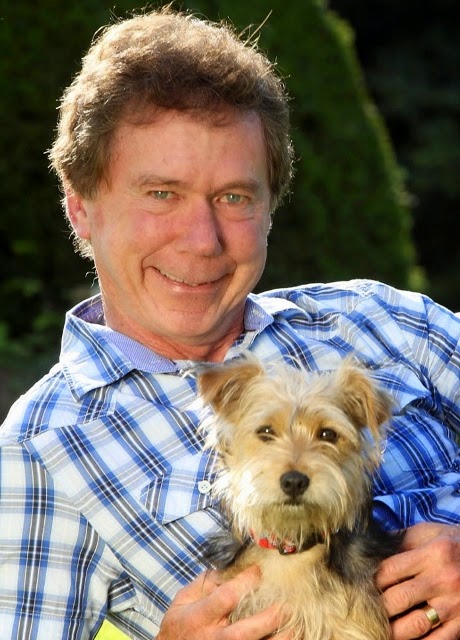 A Little bit of Book Blurb...

In Malcolm Welshman’s third book in his vet series, Pets Aplenty, he draws on further experiences in his life as a vet seen through the eyes of his alter ego, Paul Mitchell. Set in Sussex-by-the-sea in the early 2000s, it’s a startling glimpse of the mayhem animals can inflict on a young vet’s life.....


Where did the idea for Pets a Plenty come from?

The book is the third in a series, the first being Pets in a Pickle followed by Pets on Parade. Each is a six month period following on from one another and describe the experiences of a newly qualified vet in practice. They are loosely base on my own dealings with pets and their clients.

Can you give us three interesting things about your novel which will pique the reader’s interest?

There are some quite detailed descriptions of surgical procedures, in particular when the young vet attempts to save a dog that has a punctured lung; and operating on the spinal cord of a wallaby that has fractured its neck. Then there is the humour which to judge from the twenty or so Amazon five star reviews is one of the strengths of the book. But this is balanced by a degree of pathos and the uncertainty the young vet has in his abilities to cope with harrowing situations with which hopefully the reader will be able to sympathise.

Apart from the old adage ‘Write about what you know’ – being a vet, animal stories were always going to be an obvious option – I love creating funny scenes and playing with words especially puns. Actually this turned out to be the downside of my first book, Pets in a Pickle. There was too much word play, too many puns – me being too clever - and this came between the reader and the story line. Some people found my excessive use of puns really irritating. So I’ve toned this down in Pets Aplenty and though there are still some excruciating puns they have been limited to headlines written by the editor of the local paper and so are not so intrusive.

Is it easier to write about animals, or people?

Not much to choose between them. But perhaps creating characters is more interesting since if you’re lucky, they take on a persona as you write and you start visualising them in more detail. This certainly happened with Charlotte and Rupert Fitch-Williams, ex Chelsea types, I describe in Pets Aplenty. I had to decide what they would be wearing as ‘Sloaney’ characters. Once I’d dressed them, they came alive, speech, mannerisms, view points - all of which contributed to the heart wrenching story line and how the young vet came to own a Welsh Springer spaniel called Emily.

What do you enjoy most about writing stories and do you write for yourself, or other people?

As mentioned above, I love humour and it’s when the Muse strikes and I find myself hurtling into a funny scene I’m truly in my element and love the creation of it. None more so than in Pets Aplenty where a python escapes through from the vet’s bathroom into Eleanor’s his neighbour, when she’s having a bath. I found myself conjuring up Venus rising from the sea only it was Eleanor, to quote: ‘out of the bath, staggering across the room, shell-shocked, buttocks wobbling, before you could say “Bottecelli”. Conjuring up that scene still makes me giggle. Since I hope readers will find it fun as well, it does mean I am writing for them in an attempt to achieve that aim.

Where would be your idyllic location for a writing retreat?

I would never dare contemplate an exotic writing location as I’d soon lose the will to write, buried under a surfeit of rum punches and Thai massages on the beach. Give me my writing room any day and a mug of coffee half-way during the morning.

I'm extremely fortunate to have built up a readership that’s keen to see what happens next – particularly as there has been a faltering relationship between Paul, the young vet, and Lucy, the junior nurse, through all three books. The snowy scene at the end of Pets Aplenty when the two kiss while Emily dances round their feet giving woofs of sheer joy suggests there has to be a sequel. Several reviewers on Amazon have already been requesting one. So …

Jaffareadstoo is delighted to be part of this blog tour.
Thanks to the author for sharing his work with us and to Jennie and Joanna at Silverwood Books for their help in arranging this interview.

My thoughts on Pets Aplenty

Stories about the escapades of vets and their assorted animals always have the ability to make me smile and Pets Aplenty is no exception. There is much in the story to keep you amused and occasionally to laugh out loud. The adventures of novice vet, Paul Mitchell, as he spends six entertaining months working at Prospect House veterinary hospital kept me turning the pages.

The author, a retired vet, is obviously writing about what he knows and loves and this certainly comes across in the knowledgeable way he describes the experiences and situations which occur at Prospect House. It’s not all about the animals though, and there are some nice interludes between the humans in the story, which helps to keep the balance of the story just about right.

Pets Aplenty is now the third book in the series of veterinary stories and will certainly appeal to those fans of the stories who may have followed the exploits of Paul Mitchell from the beginning, however, it's not essential to have read the books in order. So, if you like stories about animal exploits told in a light and easy manner then Pets Aplenty is a nice read to curl up with on a rainy afternoon.

I have to be very careful how I mention the word V.E.T around Jaffa as the very sight of his cat carrier launches him into orbital mode and despite whatever ails him, he suddenly finds he can move at the speed of light into his ‘safe’ place !