The author in my spotlight is ...Harriet Steel 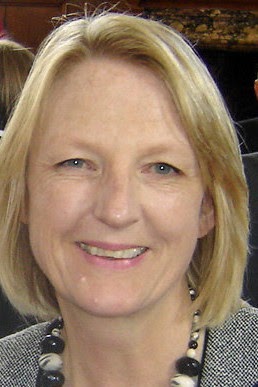 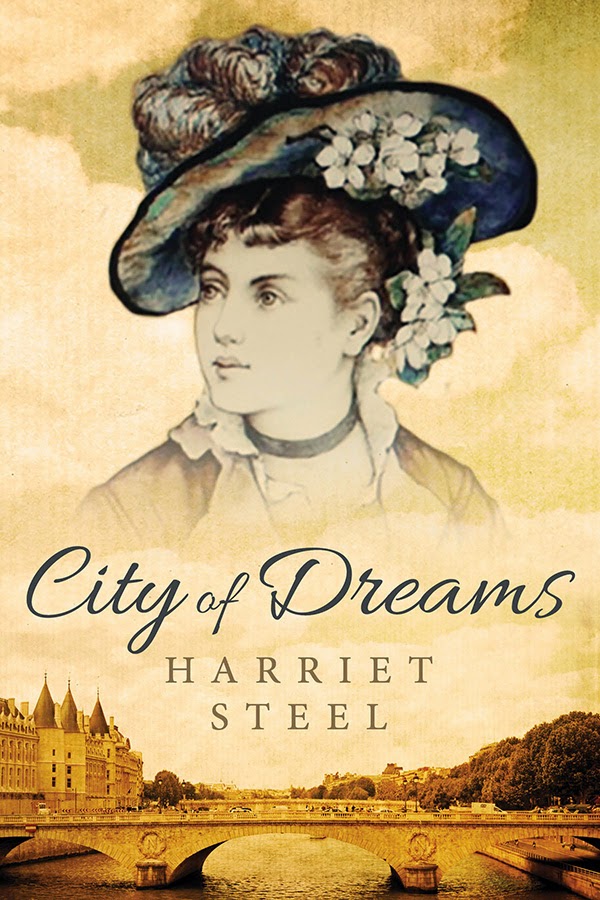 Where did you get the first flash of inspiration for your novel, City of Dreams?

I often find inspiration in paintings and I love the French Impressionists, particularly Renoir. I know his work is often dismissed as ‘chocolate boxy’ but if you look closely, there’s so much more to it than that. He’s clearly fascinated by people. In his day,  was a place of glamour and fun and he shows this so beautifully. People loved to be out and about, seeing and being seen. For me, there’s a story behind every picture. For example, from a central spot in the scene depicted in A Dance at the Moulin de la Galette a girl stares wistfully out of the picture plane. What is she thinking of? I believe that the germ of Anna’s character grew from there.

What can you tell us about the story that will pique the reader’s interest?

It’s a story that explores the themes of the fragility of dreams, the resilience of the human spirit and the powerful charisma a city can exert.

Anna, a Russian girl from a prosperous family, comes to  in the 1860’s with her new French husband, Emile Daubigny.  was at the time the most fashionable city in the world and Anna thinks all her dreams of love and an exciting life have come true, but she has much to learn.

The conflict in Anna’s story is between her desire for independence and a life she can feel proud of, and her need for security and love. Through her story, the reader will also experience the many contrasts in Parisian life in those days, as well as the drama of the Franco-Prussian war, the Siege of Paris and the brief reign of the Commune, all of which play an important part in Anna’s, and my other characters’ lives.

In your research for the novel, did you discover anything that surprised you?

Yes. I was originally drawn to the period in which the novel is set by the glamour of the Second Empire and the drama of the Franco-Prussian war. I knew the Empire crashed with the debacle of the defeat by the Prussians but until I went deeper into my research, I hadn’t appreciated the full impact of the war and the events that followed.

The war resulted in a devastating humiliation for Paris and France as a whole, and the Commune only compounded the disaster.  The death toll in the Commune was far greater than I had realised. Reliable historians estimate the figure as somewhere between 20,000 and 25,000 deaths over a period of two weeks. During the 15 months of the Reign of Terror in the French Revolution of 1789, about 1,500 people were executed. The far greater awareness of the events of 1789 may well be due to its exposure in literature and film, most notably Charles Dickens’ Tale of Two Cities and the famous film staring Dirk Bogarde. No comparable classic exists for the Franco-Prussian war and the Commune apart from Zola’s The Debacle, but Zola is not widely read these days. Alexandre Dumas, who might have written one, died just before the war, and Victor Hugo was by then an old man. In any case, he might not have considered such a recent sore was something he wanted to write about.

On a happier note,  recovered with remarkable speed. Many more of the city’s treasures survived than had been expected. The diarist, Théophile Gautier described the irrepressible excitement when the Venus de Milo was disinterred from her hiding place in the burnt-out , preserved by the apparent miracle of a burst water pipe. A major beneficial effect of ’s defeat was a complete overhaul of the mechanism of the army which had failed the country in the war. The transformation into a modern fighting force was to be of profound importance in 1914.

The Commune was also important in the annals of Communism. Karl Marx wrote an account of it from the safety of his home in  and Lenin studied it with great interest all his life. It came to be seen as a foundation for the political philosophy that took hold in  in 1917. When the first three-man team of Soviet cosmonauts went into space in Voskhod in 1964, they took with them a ribbon from the Communard flag.

From way back, I’ve chosen to read historical fiction over other genres; early favourites were the novels of Anya Seton and Jean Plaidy. When I read a novel, I want a good story but I think that if that story is rooted in a background of real events and people from the past, it gives it added resonance.

I also enjoy researching the period I want to write about. The upside of this is that many of my readers have been kind enough to say that they felt they were actually in the world of the era I was writing about. I’m afraid the downside is that I’m easily distracted when I’m researching and I wander down paths which have nothing to do with my story. Recently, I found a fascinating article about bizarre Victorian deaths, some too gruesome to repeat, but I liked the one about a man who was dressing a mannequin in his shop when his wife appeared. In an alarming case of mistaken identity, she thought the mannequin was a rival and shot him dead.

When do you find time to write and do you have a favourite place to do your writing?

I’m lucky enough to have a writing room of my own now that my daughters have grown up and have their own homes. Sometimes I dream of a pretty writer’s retreat at the bottom of the garden or a quirky gypsy caravan painted with roses, but this is  after all. In winter, I like my creature comforts in the great indoors! I’m an early bird so I usually mull over what I’m going to write next around dawn and make some jottings. After that, the writing gets done at the time that fits in with whatever else is on that day. I try to discipline myself to reach a certain word count each week though, even if I edit a lot out later. The blank page can be very daunting. I like to have something written down to work on.

I’m currently working on a sequel to City of Dreams which will take the story of Anna and her family into the 1880’s and 90’s. Unfortunately, it seems I didn’t make this sufficiently clear when I first published City of  and a few reviewers were disappointed with the ending as it didn’t provide a conventional HEA. Most people however considered that the novel was complete as it stood.  All the same, I hope that now I’ve left no room for doubt.

More about Harriet can be found her blog

Harriet ~ thank you so much for sharing your thoughts with us.

We look forward to reading the sequel to City of Dreams and hope you will come back and visit us again soon.

Jaffa and I wish you continued success with your writing

Harriet is kindly giving away a copy of City of Dreams to one lucky UK winner of this giveaway.