Today my author Spotlight is on Jane Cable 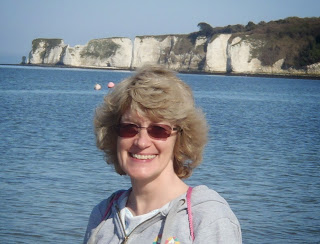 Where did you get the first flash of inspiration for your novel The Cheesemaker's House?

I find my best stories happen when two or three ideas coalesce. The original opening of the novel came first, which was a dream-like sequence where a woman sees a man who she hardly knows but touches her deeply. From this the character of Owen was born, but he existed in isolation in my mind for a long time.

About a year before that my husband and I had been intending to move to Yorkshire and had found - and bought - the house of our dreams. Just a few days after we completed the purchase my father died and over the next few months things changed with my husband's job and the move became increasingly unlikely. We bought the house from a lovely couple who told us a great deal about its history, including the fact that it had been built by a women in 1726 and that woman was the village cheese maker. I inherited a load of documents with the house and as I looked through them I realised just how many women had owned the house over its history. Which made me wonder how a woman moving there today would feel and what might happen to her. So I found I had a female character and a context for Owen's story.

The final piece of the jigsaw fell into place when I found it hard to research everyday rural life in the early eighteenth century and turned to my father's extensive folklore library. In it I found reference to charmers and they intrigued me.


What can you tell us about the story ?

It's a suspense and a love story; it's what happens when a thirty-something divorcee moves to Yorkshire and meets her neighbours from the present and the past. I have been delighted about how people are gripped by the story as it pulls them in so I don't want to spoil that by telling too much.


Have you always wanted to be a writer?

Without a doubt. I wrote poetry when I was little (my father was a poet as well as a lecturer in English) and throughout my teenage years and beyond started story after story but never finished any of them. When I left college I talked my way into a job in PR simply because the word 'writer' was in the advertisement. But in my late twenties I changed tack career-wise, trained as an accountant, and didn't really start writing again until nine years ago.

I have always been passionate about cricket, and sitting at The Oval in 2004, watching England parade the Wisden Trophy around the ground, I started wondering how it would feel to be the new girlfriend of one of the players, thrown into this strange world. It was an idea I carried through into a book-length story. And then another one. And then a third. They weren't that great and I papered my study walls with rejection letters but I was spotted by a professional editor and published novelist called Caroline Upcher and over the next few years she taught me how to polish my work and present a manuscript properly.

Writing almost always happens first thing in the morning. It's when I'm at my freshest and very often I've been lying in bed at night thinking about what might happen to my characters next. Until last month my husband had a lengthy commute to work so we were getting up at 5.30 and although I start work at 7 a couple of morning a week on the other days I would just shower, make myself a coffee and head off to my study to write for an hour.

I don't really have a favourite place to write; I go into my study from force of habit. If I have one specific problem to work on I'll treat myself to an early trip to Caffe Nero in Chichester and write there. We are lucky enough to have a holiday home in Cornwall and when we are there I get up early and write at the dining table.

One thing has changed recently; I've always written on my laptop but my husband bought me an iPad for my 50th birthday and I am writing my latest novel on that. It feels very different with its flimsy keyboard stuck to the bottom of it, but now I've started I can't seem to wean myself back onto my laptop for that particular story.

I always have another novel planned; sometimes they feel as though they're stacking up like planes waiting to come into Heathrow. I think it's because I am a storyteller first and foremost.
On my website (http://www.janecable.com/) I've written about The Fairy Tree as the next one likely to be published, but now I am not sure. It's finished, but needs polishing and editing so it's nowhere near ready. Even less ready is The Seahorse Garden, which I have only just started writing, but I am beginning to wonder if it wouldn't be a better follow on from The Cheesemaker's House. I'm not sure why - just a gut feeling.
And people are beginning to ask if there's going to be a sequel to The Cheesemaker's House because they want to know what happens to Owen and Alice next. The problem is, I have an idea about that too.
My real enemy here is time as I am really struggling to combine work, marketing The Cheesemaker's House, actually having a life and writing!


*The Cheesemaker’s House won the Suspense & Crime category of The Alan Titchmarsh Show’s People’s Novelist competition, reaching the last four out of over a thousand entries*

Huge thanks to Jane for taking the time to answer our questions and for generously providing a copy of The Cheesemaker's House to one lucky UK winner in this great Giveaway.


My thoughts on The Cheesemaker's House


Alice Hart moves to a small village in North Yorkshire, ostensibly to escape from a disastrous marriage breakup, but also to heal her wounds in the idyllic setting of The Cheesemaker’s House, which is ripe for renovation. Once settled into the village, Alice meets and befriends some of the locals, who are keen for her to fit into village life, but bubbling away under the surface are some strange and rather supernatural incidents which Alice finds difficult to rationalise.

Helping to keep the energy alive in this interesting and well written novel are a lovely collection of slightly quirky characters who provide a real sense of purpose to the story. There’s Richard, the canny Yorkshire builder who Alice hires to do her renovation work, Owen, a rather handsome cafe owner and local “charmer” who sweeps Alice off her feet, and Margaret her lovely neighbour who has a penchant for gardening. Together they all add a special individuality to the jigsaw puzzle until all the pieces fit together to form an absorbing ghostly love story.

I was completely charmed by this novel; for me it had a little bit of everything. A lovely Yorkshire setting, and although I’m Lancastrian by birth, I have actually crossed the Pennine border and lived and worked in Yorkshire, so I am familiar with Northallerton where the book is set. Well defined characters, who the author treats with a very subtle hand, so that they never become an irritation, and as the pages flew by, I found that I was quite engrossed in the supernatural elements, which are particularly well done and are interwoven quite seamlessly into the story.

I was surprised to find that this was Jane Cable’s debut novel as she writes with natural skill and great confidence. I am already looking forward to reading more from this talented author in the future.

My thanks to NetGalley and Troubadour Publishing for my copy of this book
Posted by Jaffareadstoo..... at 08:52