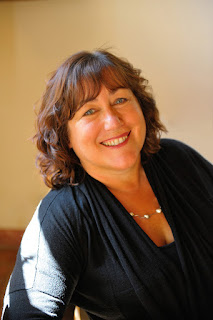 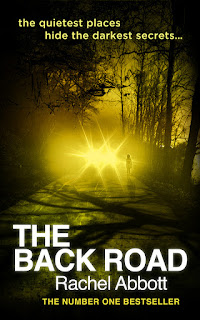 Rachel - thank you for visiting Jaffareadstoo and for taking the time out of your busy schedule to answer a few questions about your book The Back Road.


Where did you get the idea for The Back Road?
It started off as a novel called “The Catalyst” - a story of (mostly) ordinary people with average secrets and insecurities. I wanted to explore what could happen to a small community and group of friends that might result in their lives being blown apart – exposing the weaknesses, the deceptions and the hidden evil lurking behind a mask of normality.

I had all the ideas for the main characters – the people that you and I might very well know and love (or not). All that I had to work out was the catalyst that would be outside of their control, but which would have maximum impact on the stability of their lives.  That was the tricky part.

In the end I came up with the idea of a young girl, knocked over and left for dead at the side of the road in the middle of the night. Why was she out so late, and where are her shoes? The reader knows that the girl was being pursued, but the police and the villagers have no idea what happened, and a web of lies is created as each character strives to protect their own secrets.

What came first the plot, or the people?

It’s difficult to separate the two in a story like The Back Road. I needed to have characters with flaws, but those flaws were intrinsic to the plot. I suppose I thought of the character flaws and then created the personality that would be likely to make the mistakes that I had allocated to them. Only then could I weave those characters and their mistakes into a plot that would work.

Before I started to piece the plot together though I created very detailed character sheets. I have a page for each of them, which includes an image, details such as their date of birth, what they like to drink, their idea of a good night out, etc – everything that makes each of them a complete person in my head. And then I consider their good points and bad points, plus their secrets, present and past. And of course, each of them has to have a defined role within the story – a plot ‘goal’.

How long did it take you to write the story?

The planning takes a long time. I know that some writers produce two or three books a year – but the plotting of my books can take a couple of months alone. Many years ago I was a systems analyst, and I still can’t do anything as complex as write a thriller without some form of flowchart. I need to know when information is released, and how it all ties in with other plot points.

What I want to avoid at all costs is writing one of those books in which the reader gets to the end and the bad guy is revealed, but there hasn't been a single clue to point to him or her throughout the whole story. I need to write my stories so there is enough evidence for people to think they know what’s going on, but never be quite sure.

Once the planning is complete, I start to write. My books are fairly long – 130,000 words or more. But I write very quickly, because by this point the idea is firmly in my head. I set myself a target of 5000 words a day. Given the speed at which I type, that’s not very many and on a good day I can easily beat that. But I would estimate that the first draft will be finished within two months of starting the actual writing.

The editing goes through several phases – from a first critical pass by my agent, which ultimately results in a couple of weeks of rewrites – to two or three passes with an editor.

From first idea to completed book is about eight months, and will stay that way unless I simplify my plots!

If The Back Road was optioned for a TV drama , who would you like to see play the main roles?

I did a poll on Facebook to ask my readers who they thought should play Tom Douglas. I gave them a range of choices, including Daniel Craig (very low vote), Andrew Lincoln, and Rupert Penry-Jones – amongst others. The winner was Rupert by quite a margin. However, it would have to be the Rupert Penry-Jones of Spooks – a real tough guy with a softer side – rather than the OCD character he displays in Whitechapel.

Minnie Driver would make a perfect Ellie – she has the right sort of voluptuous face (although she’d have to put a bit of weight on).

Leo is really hard to cast. Maybe your readers can help? Leo is slim, long dark hair, and appears distant, arrogant and self-assured (she’s none of those things really). A young Kristen Scott-Thomas without the posh voice would possibly work.

Sean is a younger Sean Bean, and Max is a smiley, British version of Ben Affleck.

I’m not sure that I know the answer to this question! I write because I want to and I love to. But I am delighted when other people read my books and enjoy them.

My stories are always based around relationships, and are more about the ‘why’ of murder than the ‘who, when and where’. When I write, I always hope that people reading my books will get some insight into the characters, and possibly be able to understand people’s human inadequacies better.

When I wrote my first book, Only the Innocent, it sold amazingly well. It was a tale of an abusive relationship, and I got mad when the odd person commented, “no woman would allow herself to be treated in this way”. I wanted to suggest to the reviewer that they go and work for Samaritans for a month or two, and see if they come back with the same idea. Some people walk around with their eyes shut, and never contemplate how others are feeling. I hope my books make people slightly more aware of what might go on beneath the surface, and why sometimes people might do terrible things for what seem to be the right reasons.


Can you tell us what are you writing next?

It’s quite difficult to say without giving too much away. It’s a story about the lengths people will go to in order to get what they want, and the gradual realisation that somebody that they believe they know well is not who they thought they were.

The protagonist in my next story has to go to extreme lengths to secure a safe future for themselves and their family.

I haven’t written the back cover blurb yet – so anything that I say above this might just act as a spoiler!


What books are on your beside table?

I’ve just finished Now You See Me by S J Bolton – great book, and the relationship that is brewing between the two protagonists is so well done - sexual tension without any overt references. It’s very clever.

I’ve just started Little Face by Sophie Hannah. I am very intrigued by the story so far, and really can’t wait to see what’s going to happen. It’s one of those books that, if I wasn’t careful, I would just sit and read from end to end because I so want to know what is going on!


Only the Innocent and The Back Road.

Both books are available on kindle and will be at the amazing price of 99p until the end of May.

It's been a real pleasure to have Rachel in our author spotlight.
Jaffa and I wish you much success with your writing career and can't wait to see what you come up with next.

This well written and highly addictive psychological thriller opens with a very disturbing scenario, which quickly sets the scene for a dark and sinister story about the evil that lurks in the unexpected.

In the small English village of Little Melham, the main protagonist, Ellie is living with her husband Max and their young children in the idyllic setting of Ellie’s newly converted childhood home. On the surface Ellie has everything she needs, and yet cracks are beginning to appear in her relationships, not just with her husband, but also with her friends. Into the mix comes Leo, Ellie’s damaged half sister, who has her own set of personal demons and whose fear of relationships has made her vulnerable. As a group of friends from the village gather for a dinner party at Ellie’s house, the main topic of conversation is the horror of a recent hit and run accident, which has left a teenager, Abbie, fighting for her life in hospital.

What then follows is a thrilling story of false leads and unexpected twists, as the search for the truth behind Abbie’s accident is gradually revealed, and as neighbour begins to suspect neighbour, the elements of distrust are very often disguised under a blanket of friendliness. The mystery at the heart of the story is cleverly and expertly contrived and the added inclusion of former DCI Tom Douglas from the author’s previous book, Only the Innocent, adds a nice touch of continuity. The pace throughout the book is fast and thrilling and many times throughout the story I thought that I had the perpetrator sussed out, only to be pulled in another direction entirely.

Without doubt Rachel Abbott has written an accomplished and engrossing psychological thriller which I have no hesitation in recommending as a very good read indeed.