I am thrilled to have the author 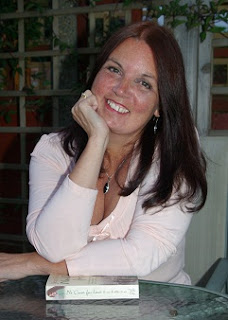 here to talk about her latest book

My life-long love of all things historical started when I was about 5 or 6 and a very young Roger Moore rode on to our 10 inch black and white TV screen as Ivanhoe. This love grew to fruition when I read Katherine by Anna Seton as a teenager. I love all areas of European history and before settling on East London as my place to weave stories I wrote books set in 10th century Wales, 13th century Scotland, during Hereward the Wake’s rebellion in the Fenlands, one set in Boston just before the American War of Independence and in the Caribbean during the ages of piracy.


I’m still an avid historical reader and as long as the story is historically accurate and pulls me in I’m happy to read any period. I’m also very fond of alternative histories i.e. what would have happened if Harold had won the Battle of Hastings?


Do you write stories for yourself, or other people?
I have to write stories I love as I don’t think I would be able to bring the characters and situation to life if I didn't believe in the story but sagas, like all other fiction genre, has its traditions. My books are marketed as sagas so I have to keep in mind my audience when I’m writing. My readers are pretty broad and like plenty of grit but they read to identify with the heroine as she overcomes adversities. They wouldn’t be too impressed if they turned the page and found lots of swearing, explicit sex and violence so I have to keep that in mind as I write.


Where did you get the inspiration for Call Nurse Millie?

Susan Lamb, the Head of Fiction in Orion books asked me to write it. Orion publishes Call the Midwife along with Jennifer Worth’s other three books. Susan thought as I’m a District and Queen’s Nurse and an East Ender I would be the perfect person to write a fictitious account of a District Nurse and Midwife’s life and work in post-war East London.

I was apprehensive at first but my wonderful editorial team were so sure I could bring the duel strands of my background and profession together in Millie’s story I decided to give it a go. I’m so glad I did because I had a wonderful time researching my own profession and creating Millie’s family, friends and patients.


I started Millie’s story on VE day May 1945. As the troops begin to return home we see the inhabitants of London attempt to put their lives back together.

For 25-year-old Millie, a qualified nurse and midwife, the jubilation at the end of the war is short-lived as she tends to the needs of the East End community around her. But while Millie witnesses tragedy and brutality in her job, she also finds strength and kindness. And when misfortune befalls her own family, it is the enduring spirit of the community that shows Millie that even the toughest of circumstances can be overcome.

Through Millie's eyes, we see the harsh realities and unexpected joys in the lives of the patients she treats, as well as the camaraderie that is forged with the fellow nurses that she lives with. Filled with unforgettable characters and moving personal stories, this vividly brings to life the colourful world of post-war East London.


Do you ever base your characters on people you know?


I get asked this question all the time and up until now – except for a former boss who I wrote up as an evil, blond Trollope – I've always said no but in Call Nurse Millie a number of my relatives have crept on stage.

In the first instance my father’s 8th Army experience in North Africa during WW2 was the basis of Millie’s love Alex Nolan’s back story. The funny incidence of the boiled underwear and the purple stew were things that happened to my father when he was part of a gun crew in the desert and Alex’s description of the battle of Monte Casino against the AXIS forced in Italy was in fact just how my father told the story.

Millie’s friend Connie’s story of getting a wedding set up ready for when her finance Charlie returned is in fact exactly what my Aunt Martha did.


But my family member who features most prominently in Millie’s story is my Aunt Nell. From the Co-op divi number, the terrace house in Ilford with china ducks on the wall to the way she dominated the family Millie’s Aunt Ruby is in truth my father’s eldest sister, Aunt Nell.


Do you have a special place to do your writing?


I do. I’m very lucky to have the fourth bedroom as my own office with book shelves full of research material on three walls, a full-size desk with my PC and a printer under the window. I have lots of little quirky historical keepsakes scattered over it like a Braveheart Winnie the Pooh, a glass coaster from the Tower of London and a 1953 Coronation Mug, which holds my editing pens. Unfortunately, I have to share my space with Fudge and Tilly, my two cats who seem to think it’s their recreation room and drape themselves under the computer screen and curl around the keyboard.


Can you tell us what are you writing next?

I’ve just sent the second part of Millie’s story into my publishers so after I’ve done the edits I’ll be starting Millie’s friend and fellow nurse, Connie Byrne’s story at the beginning of May. We shift north a bit for Connie’s story as it is set in and around Spitalfields and Shoreditch again in the immediate post- war period. Then who knows? I have dozens of stories in my head that I’d like to write so that should keep me out of trouble for a good while yet.


If you could invite three people from history to your dinner table, who would you choose and why?

I’d have a bit of a girls’ night in and invite:

Mary Magdelane - so I can find out what really happened to the Jesus’s women disciples after the boys took over.

Eleanor of Aquitaine to hear the sort of wisdom only the wife and mother of two kings could have acquired over eighty years.


Florence Nightingale so I can update her on what’s happened in nursing since she shuffled off.


Thanks for such very good questions, Jo, and giving me the chance to tell people about my writing life.

Jaffa and I have loved having you in our author spotlight , we wish you continued success with your writing career.

An absorbing and richly detailed novel following the life and work of a young nurse in post-war
East London - perfect for anyone who loved CALL THE MIDWIFE.

Millie Sullivan pushed an escaped curl of auburn hair from her eyes with the back of her hand. She wished she’d put on her cotton petticoat under her navy blue uniform instead of the rayon one.
Although the milk float was only just rolling along the street, it was already sweltering hot.
With a practised hand Millie wrapped the newborn infant in a warm towel. ‘There we go, young lady, say hello to your ma.’
She handed the child to the woman propped up in the bed. Mo Driscoll, already mother to four lively boys, took the baby.
‘Thank you, Sister,’ she said, tucking her daughter into the crook of her arm and gazing down at the baby. ‘Isn’t she beautiful?’
‘She’s an angel,’ Mo’s mother, standing on the other side of the bed, replied. ‘And a welcome change.’ She looked at Millie. ‘I’ll clear up, Sister. You look done in.’
‘I am, but thankfully it’s my last night on call.’ Millie handed a parcel of newspaper containing soiled gauze to the older woman. ‘Could you pop these on the fire?’
‘To be sure.’ She took the packet and threw it in the zinc bucket alongside the dirty linen. ‘That superintendent works you nurses too hard. You should try and put your feet up when you get back.’
Millie smiled.
Chance would be a fine thing. She plopped her instruments into the small gallipot half-filled with Dettol, took off her gloves and glanced at her watch.
Eight-thirty a.m.!
Thank goodness.
She’d be back by the time Miss Summers gave out the day’s work. Also, as Annie Fletcher, the trainee Queen’s Nurse student assigned to Millie, was laid up with tonsillitis, Millie had given a couple of Annie’s morning insulin injection visits to Gladys to do, and she wanted to make sure she’d done them.
‘Do you know what you’re going to call her?’ Millie asked Mo, washing her hands in the bowl balanced on the rickety bedside table.
‘Colleen, after me mum,’ she replied.
Mother and daughter exchanged an affectionate look and Millie glanced at her watch again.
She ought to get on, as she’d promised her own mum that she’d pop home in time for Churchill’s announcement at three p.m.
Her parents, Doris and Arthur, only lived a short bus ride away in Bow but, as Millie had two newborns to check plus a handful of pregnant women to see before she swapped her midwifery bag for her district one for her afternoon visits, it would be a close-run thing.
Millie packed the four small enamel dressing-bowls inside each other, then stowed them in her case between her scissors and the bottle of Dettol. She snapped the clasp shut.
‘I’ll call back tomorrow, but if there’s any problem just ring Munroe House to get the on-call nurse,’ Millie said, squeezing down the side of the bed towards the door.
Like so many others in East London, the Driscolls’ home was just the two downstairs rooms in an old terraced house that Hitler’s bombs had somehow missed.
Colleen took the manila envelope tucked into side of the dressing-table mirror and passed it to Millie.
She opened it and taking out two crumpled ten-shilling notes, popped them into the side pocket of her bag. ‘I’ll write it in when I get back to the clinic.’

©Excerpt by kind permission of the author

Jean Fullerton is the author of four previous historical novels. She is a qualified District and Queen's nurse who has spent most of her working life in the East End of London, first as a Sister in charge of a team, and then as a District Nurse tutor. She is also a qualified teacher and now lectures on community nursing studies in a London university.She has three grown-up daughters and now lives just outside her native City with her husband, an eight stone Bernese Mountain Dog, called Molly, and two cats.

And you can connect to me on my website at www.jeanfullerton.com to find out about me, my previousbooks, and my East London heritage along with pictures of the actual East London locations I use in my books.
You can also find me on Facebook as Jean Fullerton and follow me on Twitter as @EastLondonGirly