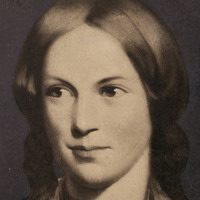 Charlotte Brontë was born on April 21st 1816 in Thornton, a suburb of Bradford. In 1820, she and her family moved to the small town of Haworth which snuggled into a corner of the wild Yorkshire Dales.

In 1820, Charlotte's father Patrick took over as minister at the church of St Michael’s and All Angels and the Brontë family moved into the adjacent parsonage.

In August 1824 Patrick sent Charlotte, Emily, Maria and Elizabeth to the Clergy Daughters' School at Cowan Bridge in Lancashire. Charlotte maintained that the school's poor conditions permanently affected her health and physical development, and hastened the deaths of Maria (born 1814) and Elizabeth (born 1815), who both died of tuberculosis in June 1825. After the deaths of her older sisters her father took Charlotte and Emily from the school. It is thought that Charlotte used the school as the basis for Lowood School in Jane Eyre.

Back at the Howarth Parsonage, Charlotte and her surviving siblings Anne, Emily and Branwell escaped into a fictional world, where they made up stories to entertain each other. These fictional escapades laid the foundation for what was to come.

Emily grew to adulthood and was educated between 1831 and 1832 at Roe Head in Mirfield. She later spent time there as a teacher in 1835-1838. In 1839 Charlotte took up the position of governess to a Yorkshire family. In 1842, Charlotte and her sister Emily travelled to Brussels where they enrolled in a boarding school run by Monsieur Constantin Héger and his wife. In return for board and lodgings, Charlotte taught English and Emily taught music. This experience in Brussels and Charlotte’s infatuation with Héger gave Charlotte the inspiration for her novels, The Professor and Villette. The sister’s time at the school was cut short by the death of their aunt Branwell and Emily returned to Haworth in 1842, whilst Charlotte returned to Brussels only to return to Haworth in 1844.
In May 1846 Charlotte, Emily and Anne now living together at the Parsonage decided to self-finance the publication of a joint collection of poems under their assumed names of Currer, Ellis and Acton Bell.

On the use of a male pseudonym Charlotte wrote:

"Averse to personal publicity, we veiled our own names under those of Currer, Ellis and Acton Bell; the ambiguous choice being dictated by a sort of conscientious scruple at assuming Christian names positively masculine, while we did not like to declare ourselves women, because — without at that time suspecting that our mode of writing and thinking was not what is called "feminine" – we had a vague impression that authoresses are liable to be looked on with prejudice; we had noticed how critics sometimes use for their chastisement the weapon of personality, and for their reward, a flattery, which is not true praise"

Tragically, the Brontë family suffered the deaths of three of its members within eight months. In September 1848 Branwell died of an illness made worse by heavy drinking, although Charlotte believed that his death was due to tuberculosis. Emily became seriously ill shortly after Branwell’s funeral and died of pulmonary tuberculosis in December 1848. Anne died of the same disease in May 1849.

Charlotte Brontë continued to live at the Howarth parsonage with her father. In June 1854 she married her father’s curate Arthur Bell Nicholls. Charlotte became pregnant shortly after their wedding but sadly, died with her unborn child, in March 1855, just three weeks before her thirty-ninth birthday. She is buried along with other family members in the family vault in the church of St Michael and All Angels.

All the images you see were taken on my visit to Haworth were I spent time in the shadow of the Brontës , making literature come alive in my imagination.

To celebrate this Bicentenary I am giving away a paperback copy of my favourite Charlotte Brontë  classic... 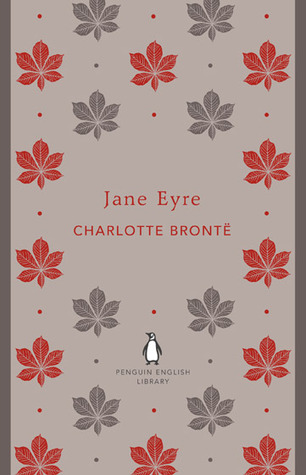