Review ~ Despite the Falling Snow by Shamim Sarif

You can betray your country
But not your heart


Love and betrayal are the two themes at heart of this dual time novel which is set in the turbulent years of The Cold War during the mid-nineteen fifties, and also some forty years later in Boston in the late-nineteen nineties.  The story focuses on the relationship between Katya and Alexander who meet in Moscow and where despite all odds, and their different political viewpoints, they meet and fall in love. But there are secrets and lies between them and although Katya hopes that she can start a fresh life with Alexander, sinister forces are unleashed of which they have no control. Forty years later, in Boston we meet up with Alexander again, now the owner of a successful catering company but with no sign of Katya, there is an obvious mystery to uncover.

I thought that story got off to something of a slow start and it took me a good third of the novel to really start to gel with the characters, but once the  relationship between Katya and Alexander started to emerge, the story started to settle and became more interesting. If I’m honest, I much preferred the Russian 1950’s era of the story to the more contemporary American setting where the book, for me, lost some of its appeal.

The author writes well and with confidence and is adept at description, bringing scenes alive quite vividly, particularly the bleakness of post-Stalinist Russia. I enjoyed getting to know the characters and I think that the author has created a nice atmosphere between both past and present.The conclusion of the story, when it comes, is nicely done and finishes the story appropriately.

Despite the Falling Snow has been made into a movie starring Charles Dance as Alexander and Rebecca Ferguson as Katya. The film was released in cinemas in the UK on the 22nd April 2016.

Best Read with ...Slices of Autumn Cake from Marian's Bakery and cups of aromatic tea... 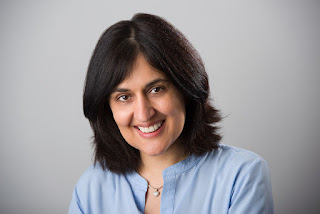