Blog Tour ~ The People We Were Before by Annabelle Thorpe

The People We Were Before 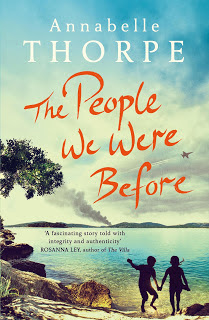 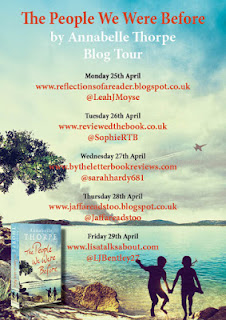 But eight-year-old Miro knows the real reason why his family moved from the inland city of Knin to the sun kissed village of Ljeta on the Dalmatian Coast, a tragedy he tries desperately to forget.

The Ljeta years are happy ones, though, and when he marries his childhood sweetheart, and they have a baby daughter, it seems as though life is perfect. However, storm clouds are gathering above Yugoslavia.

War breaks out, and one split-second decision destroys the life Miro has managed to build. Driven by anger and grief, he flees to Dubrovnik, plunging himself into the hard-bitten world of international war reporters.

There begins a journey that will take him ever deeper into danger: from Dubrovnik, to Sarajevo, to the worst atrocities of war-torn Bosnia, Miro realises that even if he survives, there can be no way back to his earlier life. The war will change him, and everyone he loves, forever.


I am delighted to welcome Annabelle Thorpe to the blog today and to  share her thoughts about...

The Five Biggest Myths about Writing a Novel

The day The People We Were Before was published was, without doubt, the best day of my life.  It has taken years for me to achieve, almost two decades of writing, editing, sending out, and slipping rejection letters into battered folders.  In that time I have read endless articles about how to write a novel, why to write a novel, and what getting a novel published means.  Some of it was helpful, some of it not so much.  So here are the my five biggest myths about writing a novel.

The biggest anxiety most people have about writing a novel is planning and structure - not  knowing quite where the story ends, or what will happen to all the characters.  This is normal.  Even though your characters are creations out of your own mind, at first they are only acquaintances.  It takes time to get to know them, understand them and see how they interact with other characters and in different situations.  Once you know them better you may find the plot goes in a different way, or the story becomes quite different.  Not having it all planned out in advance allows you the freedom to develop things as you go along.

When you first start writing a novel it feels fabulous; the first few chapters flow, you're discovering your characters and playing around with scenarios and settings.  But somewhere along the line,  usually after about 30,000 words, it starts to get hard.  There's a relentlessness to it; the sense that every day for the foreseeable future you will get up and do exactly the same thing; sit at your desk, typing.  Half the time you won't think what you've done is any good.  And there's no-one to talk to.  Allow yourself to feel daunted, tired, isolated.  Once you get past about 60,000 words, things start to look up.

3. It will make you rich

Very few people can retire on what they make from writing novels.  Most advances are small and the myth of zillion-pound film-rights deals is usually exactly that; a myth.  But here's the good news; a small advance means far less pressure from the publisher to sell thousands of copies - which makes things a lot less challenging for a debut author.  Just don't give up the day job.

4. It will make you famous

For every JK Rowling or Joanne Harris there are thousands of authors who quietly go about the business of writing their novels, without ever disturbing the pages of the Times' books pages, or being interviewed by Mariella Frostrup.  Most authors will never make it to Hay or share their prose from a stage at Latitude.   But somewhere, on sunloungers or sofas, people will be reading the story that you wrote, drawn into a world entirely of your creation.  That's got to beat being able to get a table at the Chiltern Firehouse.

Anyone who tells you there's anything better than writing a novel is, basically, wrong.  To have the freedom to create characters and worlds and scenarios - to use your imagination in a way few of us get to do once we leave childhood behind - what better way is there to (almost) earn a living?  It's not an easy task and it may turn you into a bit of a hermit for a time.  But it is the best job in the world.

Annabelle Thorpe has been a travel and features journalist for fifteen years, writing for national print and online media. She currently works as a freelance for the Times, Sunday Times Travel Magazine and Express, and works as a consultant for the National Trust. Annabelle completed an MA in Contemporary History in September 2012 and is an alumna of Curtis Brown Creative. She lives in London and Sussex. 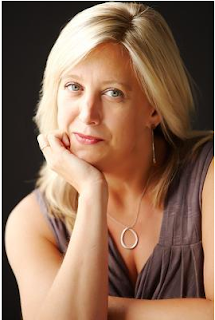 Huge thanks to the Annabelle for this lovely guest post today

and also to Olivia Mead at Quercus for the invitation to be part of this blog tour. 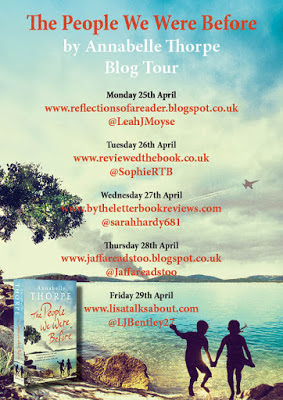