On the surface you wouldn't think that an eleven year old boy would have anything remotely in common with a staunchly independent woman of 104, but when the one-in-a million boy enters the life of 104 year old Miss Ona Vitkus something quite special happens. And that's where this novel becomes so different as 'the boy' is only actually present in the novel for a very short spell of time but what then follows is the story of an insightful connection which runs throughout the whole of the story.

If I’m honest it took me a while to really settle to the story but once I got used to the rather quirky style of writing, I found much to enjoy and became rather fond of Miss Ona, who is both fascinating and exasperating, in equal measure. I rather felt sorry for Quinn, who is the boy’s father and his role in the story, along with the boy’s mother, becomes apparent as the story progresses. To say more would be to spoil the premise of the story completely, as this is one of those stories which you need to read without any preconceptions of what is to come. Certainly, there are moments in the story which are heartbreakingly sad but even though it tugs away at your heartstrings it is never self-pitying or morose, and despite the sadness, in places, the sheer inventiveness of the story made me laugh out loud.

By the conclusion of The One-in-a Million Boy, I can only reiterate what most other readers are saying, that it’s a warm and perceptive look at love and loss, and whilst the story sparkles with sensitivity and honesty, it is also refreshingly different, and without doubt, one of those stories which stays with you long after the last page is turned..

Best Read with …A glass of cold milk and a plate of sugary sweet, animal crackers..

Monica Wood is the author of four works of fiction, most recently Any Bitter Thing, which spent 21 weeks on the American Booksellers Association extended bestseller list and was named a Book Sense Top Ten pick. Her other fiction includes Ernie’s Ark and My Only Story, a finalist for the Kate Chopin Award. 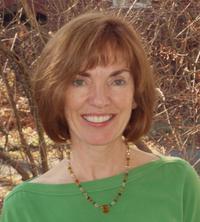