Review ~ The Furies of Rome by Robert Fabbri

This is the seventh book in the Vespasian series which is set in Ancient Rome. In AD58, Vespasian is now middle aged and has seen much unrest during his time spent at the centre of Roman politics. In this latest installment, the emperor Nero is behaving very badly and Vespasian gets drawn more and more into the conspiracies and counter conspiracies which revolve around the seeming cruelties of Nero's court.

The closeted atmosphere of the ancient Roman world is brought vividly to life in truly believable way and the petty jealousies and squabbles which festered in the shadows are allowed to take centre stage. I enjoyed the adventurous aspect of the story particularly when Vespasian is dispatched to Londinium on a secret mission and of his interaction with Boudicca, Queen of the Iceni.

I'm new to this historical series so some of the finer nuances of the story have probably escaped my attention. And yet, having said that, the author does a really good job of explaining some of the issues which have gone before, so that I never felt like I was floundering too much in the dark. The clever blending of fact and fiction really makes the history come alive in the imagination and the ancient world is so well recreated that it does feel totally authentic. Even though I hadn't met Vespasian or his family before, I felt like, by the end of the novel, that I come to know them all very well.

I really enjoyed this foray into the ancient Roman world and I am sure that the the author with his skillful storytelling will be able to keep the momentum of the series for some time to come.

Robert Fabbri read drama and theatre at London University and has worked in flim and TV for 25 years as an assistant director. He has worked on productions such as Hornblower, Hellraiser and Billy Elliott. His life long passion for ancient history inspired him to write the Vespasian series. 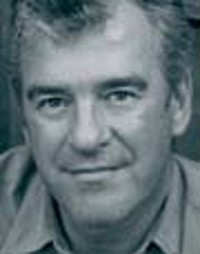 My thanks to Alison Davies at Corvus for my copy of this book.