The author in my spotlight is ....Isabella Connor


Art historian, Rachel Ford has returned to the Irish village of Kilbrook intent on keeping her promise to take revenge on the school bullies who ruined her childhood and destroyed her family.

Australian actor Finn MacKenzie sets hearts fluttering when he turns up in sleepy Kilbrook to help his aunt with a school production. He seems to have a charmed life, yet his confident façade hides heartbreak and tragedy. Although Finn isn’t looking for love, when he meets the mysterious Rachel, there's a definite spark between them.

Rachel is torn between her desire for revenge and this new love affair. She doesn’t want to deceive Finn, but can she trust him to keep her real identity a secret? And will he understand why she must keep her promise, no matter the cost?


Isabella Connor is the pen name for the talented writers


Liv and Valerie welcome to Jaffareadstoo ~

I don't know about better, but we were anxious that it should be equally good.  Our Amazon reviews for Beneath an Irish Sky gave us something to live up to, and were both encouraging and daunting!

What can you tell us about An Irish Promise that won’t give too much away?

An Irish Promise deals with the subject of school bullying, and its effects and consequences on the bullied, the bullies, and all their families.

Rachel, the female protagonist, has been damaged by bullying. She returns to the small Irish village where she lived as a child, intent on revenge - but is revenge ever justified? And what happens when romance gets in the way? How focused can Rachel remain on her plan - should she even go through with her plan? Is it worth risking the chance of happiness with a man she feels she could have a future with?

Finn Mackenzie is an actor, and appears to be one of life's golden people - happy, successful, handsome. But Finn isn't all he seems - he has suffered losses and rejection in his life, and the confident facade is one of the best performances of his life.

And what of the bullies? Did they become adult bullies too, or did they learn from their mistakes?

Do Finn and Rachel stand a chance or will Finn's emotional baggage force her into the arms of another man?

Lots of questions - and there are answers, but not here ☺....

Liv, you write in collaboration with your co-author –Valerie Olteanu. How do you share the writing and do you have a clear idea when starting the book where you want the story to go?

Yes, we always structure the story to begin with.  We then each write a segment or chapter before passing it to the other for comment/alteration. After that comes discussion and arm wrestling ☺...

In your research for An Irish Promise, did you discover anything which surprised you?

That bullying is rife and on the increase.  And on a less serious note, how perfect the actor Chris Evans would be for the role of Finn.  And for the record, we saw Gemma Arterton as Rachel.  These two would produce beautiful children!

Whilst you are writing you must live with your characters. How do you feel about them when the book is finished? Are they what you expected them to be? And more importantly, who is your favourite character?

I find it really hard to let go.  After writing Beneath an Irish Sky, I couldn't bear the thought of having to write other characters.  Val didn't feel quite the same and relished the challenge.  Eventually, once we had the characters for An Irish Promise established, I became more enthusiastic.  They end up how we want them to be, though maybe not as we expected them to be.  I found an early draft of AIP, and Finn was called Daniel, and had a slightly different background.  He definitely took over and wrote himself!  My favourite character is probably Luke from AIP, but Finn is a pretty close second.

Can you tell us what we can look forward to next in the Emerald Isle series?

We have a couple of novels planned and it will depend which gets finished first.  One is set in the environment of television, and the other deals once again with the problem of identity and belonging.

There's also a sequel to Beneath an Irish Sky in the pipeline.

An Irish Promise so eloquently.

Jaffa and I wish you both continued success. 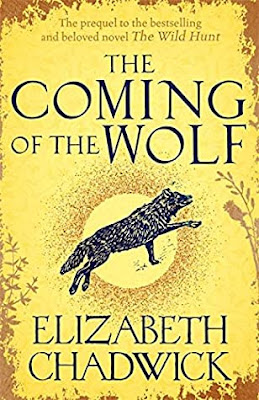