The White Hare is a novel about Edens lost, found and remade; about displaced souls, betrayal and secrets; for those who seek a little magic in their lives.
In the far west of Cornwall lies a valley that cuts deeply through bluebell woods down to the sea at White Cove. The house above the beach has lain neglected since the war. It comes with a reputation and a strange atmosphere, which is why Magdalena and Mila manage to acquire it so cheaply in the fateful summer of 1954. Magda has grand plans for the place: to restore it to its former glory as the venue for glittering parties, where the rich and celebrated gathered for cocktails and for bracing walks along the coast. Her daughter Mila just wants to escape the scandal in her past and make a safe and happy home for her little girl, Janey, a solitary, precocious child blessed with a vivid imagination, much of which she pours into her plush toy, Rabbit.
The White Valley comes with a long, eventful and often bloody history, laced with tall tales and local legends. Locals say that a white hare may be seen running through the woods there. Some say it is a phantasm, or superstitious nonsense; others say the hare is as real as you or me. It may be a sign of ill omen; or a blessing. Feeling fragile and broken-hearted, cast out of her old life, Mila is in great need of a new start and all the luck she can get.
📖 My review..
Mila arrives in Cornwall, at the house at White Cove, where together with her mother, Magdalena, and little daughter Janey she hopes to make a new start. The house has been empty for some years and there is an element, not just of neglect but also a sense that the house is guarding its secrets close. This is made all the more apparent by the mysterious atmosphere which surrounds the house and grounds.
Perfectly describing the way of life in the mid-nineteen fifties both Magda and Mila seem to be escaping their past and with a brooding sense of waiting for something to happen the story starts to explore the history of the house and the lure of local folklore which is so very important in this isolated Cornish valley.
I read The White Hare over the space of a couple of afternoons as I really couldn't put the book down as I wanted to know more about the mysterious house at White Cove, who is very much a character in its own right. There is definitely a sinister atmosphere to the story which is maintained by ghostly visions of a mysterious white hare which seems to portent some sense of doom, but there is also a cast of quirky characters who each bring their own very distinct personalities into the story. I really enjoyed how local history, folklore and legend was woven into the story and whilst there is a distinctly gothic edge there is also a really wonderful historical twist and like a cleverly woven tapestry all the pieces of this complex puzzle start to pull together.
The White Hare had everything I love in an historical novel - an intriguing plot and wonderful characters who took me by the hand into their hidden corner of Cornwall. Redolent with the pungent scents of bluebells and wild garlic I entered into a story which is rich with a powerful mix of folklore, superstition, fantasy and magic.
🍷Best Read with... a couple of Bella's scones, oozing with jam and cream
About the Author 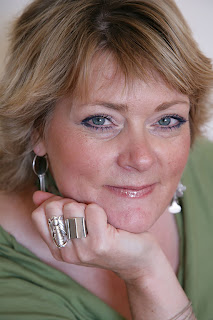 Jane Johnson is a British novelist and publisher. She is the UK editor for George R.R. Martin, Robin Hobb and Dean Koontz and was for many years publisher of the works of J.R.R. Tolkien. Married to a Berber chef she met while researching The Tenth Gift, she lives in Mousehole, Cornwall, and Morocco.
Twitter @JaneJohnsonBaKr #TheWhiteHare
@HoZ_Books
@RandomTTours 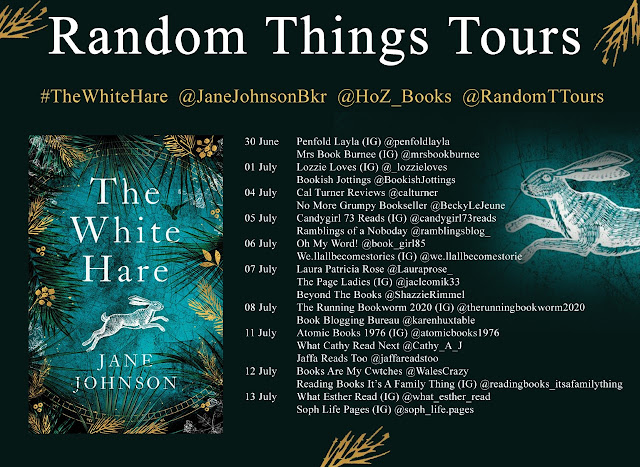