It started with a letter. It ended with a love story.

Every December, Josie posts a letter to the parents she lost one Christmas night, many years ago. She always writes the same three words: Missing you, always.
When Josie accidentally collides with a stranger at the postbox, she is unaware that Max has his own reasons for trying to avoid the season…or that their chance encounter is set to alter both their lives – and their hearts – in the most unexpected and beautiful of ways..
🎄My thoughts..
Just before Christmas, Josie, quite literally, bumps into a perfect stranger when she is posting a letter to her parents. This chance encounter between Josie and Max is one which will change the course of their lives forever. And that really is all I'm going to say in terms of plot because to say more would be to spoil this absolutely beautiful novel which had me laughing and crying in equal measure.
As a debut novel goes it's pretty accomplished, there are no clunky moments, no rough edges, no single minute when the story, and the people, don't climb into your heart and stay there for the rest of the time it takes to become immersed in Josie and Max's relationship. Even now, days after finished the story, I keep going back to what happened, and the effect the story had on me.
Always, in December is one of those books which makes you appreciate just how much skill is involved in creating the right story, with the right people, at the right time of year and with so much heart and soul that turning the pages is an absolute joy.
If you only read one 'festive' themed book this year make it this one. There is no doubt that it will break your heart into a million pieces, just like it broke mine 💔
About the Author
Emily Stone lives and works in the UK and wrote her first novel, Always, in December, in an old Victorian manor house with an impressive literary heritage.
Twitter @EmStoneWrites #AlwaysInDecember
@headlinepg 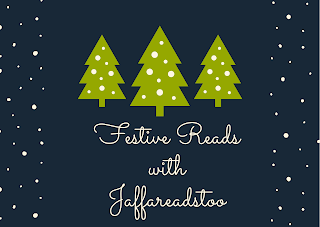