I'm really privileged to read many latest release books which are so current they haven't even hit the book store shelves that I forget about the books which have influenced my reading over the years.

So, welcome to my monthly Book Nostalgia feature where I'm allowing myself the luxury of going back in time with some of my favourite reads.
🎄My Festive Read is not complete without a dip into A Christmas Carol🎄
A Christmas Carol in prose. Being a ghost story of Christmas.
Well, no Christmas is complete, for me, without my favourite Christmas classic and it's become something of tradition, for me, to re-read this atmospheric morality tale at this special time of year.
A Christmas Carol was first published, in London, on the 19th December 1843, and the story was completely sold out by Christmas Eve. Since then it has never been out of print and has been translated into many languages.
Divided into five staves, or chapters, Dickens tells the story of that old curmudgeon, Ebenezer Scrooge, a miserly money lender with not an ounce of Christmas spirit.  Scrooge exploits the good nature of his poor, but honest clerk, Bill Cratchit, only grudgingly allowing him a day off on Christmas Day on the understanding that  he will " Be here all the earlier the day after "..
On Christmas Eve, Scrooge is visited by the ghost of his dead partner Jacob Marley and is warned to mend his miserly ways, or else risk, like Marley, an eternity of doom, "I am here tonight to warn you that you have yet a chance and hope of escaping my fate. A chance and hope of my procuring, Ebenezer."
Taken in hand by the Ghost of Christmas past, the Ghost of Christmas Present and the Ghost of Christmas Yet to Come, Scrooge is given a glimpse into his lost and lonely life, unloved by friends and shunned by strangers, and is then forced to reconsider his life, and the role he plays in the lives of others.
By no stretch of the imagination is A Christmas Carol a jolly, festive tale. However, there is no doubt that the story has stood the test of time and just as Charles Dickens chose to remind us of the need for charity and compassion in this ghostly novella in 1843, so the premise of the story is just as valid today as it was back then.
And so, as Tiny Tim observed, " God Bless Us, Every One! "
About the Author 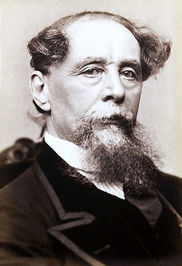 Charles John Huffam Dickens (7 February 1812 – 9 June 1870) was an English writer and social critic. He created some of the world's best-known fictional characters and is regarded as the greatest novelist of the Victorian era. His works enjoyed unprecedented popularity during his lifetime, and by the twentieth century critics and scholars had recognised him as a literary genius. His novels and short stories enjoy lasting popularity.
Biography source : Goodreads 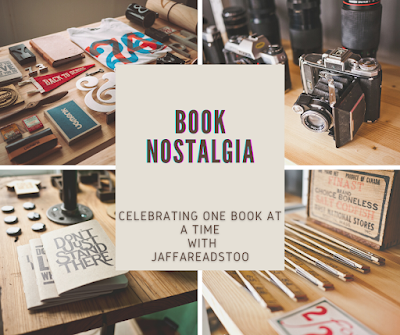