The White Tower. A terrible vision. Her home invaded and precious documents stolen.
Lady Isabelle must flee her pursuers, posing as a young male scholar in the New College of St Mary in Oxford. But when she learns she is with child it won’t be long until she is discovered amongst their ranks. Can she bring herself to love an infant conceived in evil? And will she ever be reunited with her beloved Richard, or will Sir Henry Lormont’s dagger find him first?
This deftly plotted 15th century novel traverses the well-trodden pilgrimage routes from Oxford to Rome encountering lepers, assassins, sea rovers and historical figures Lady Margaret Beaufort and Edmund Tudor along the way. Superbly researched by a scholar of the period, Clover blends history with the riveting story of a woman who overcomes the restrictions placed on her sex to create a page-turning novel.
📖 My thoughts..
The Queen Of Heaven is the second book in the Maid of Gascony series and begins with Lady Isabelle d’Albret Courteault experiencing a vision which threatens disaster to her family. Shaken and unsettled by this horrific dream, Isabelle confides her fears to Father James Redding who is not only her confessor but also one of the renowned Knights Templars. Forced to disguise herself as a male scholar, Lady Isabelle flees to the New College of St Mary in Oxford only to find that danger remains ever present and she must, once again, leave a safe sanctuary. With the Lady Isabelle we travel through the pilgrim routes of Europe where she encounters some of the people of history who left such a mark on this turbulent period.
Imaginatively written with a sharp eye for even the smallest of historical detail Queen of Heaven is an interesting journey through the 15th century. The author writes with the knowledge which comes from an academic's understanding of the period and with meticulous research the story begins to unfold of a stalwart young woman whose determination to succeed in a dangerous world is bravely told.
Whilst The Queen of Heaven may be read as a standalone story, I do feel it would be beneficial to have read the previous book, The Templar's Garden as that way Lady Isabelle's personal family circumstances will be more fully understood. However, despite my not having read the first book, I was able to pick up and enjoy Queen of Heaven on its own merits and soon became immersed in this well written historical adventure.
About the Author 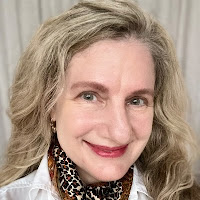 Catherine Clover completed her doctoral degree from Trinity College, Oxford and her research about the end of the Hundred Years’ War informs the Maid of Gascony series. She has a particular professional interest in one of the great surviving English medieval treasures, the two-panel painting known as the Wilton Diptych, which plays a key role in the trilogy. Catherine is also producing a series of choral music albums that connect with the characters in the series. Visit her website to learn more about Catherine and her work.
Twitter @catherinealette #QueenofHeaven
#Maid of Gascony
@Duckbooks
@RandomTTours 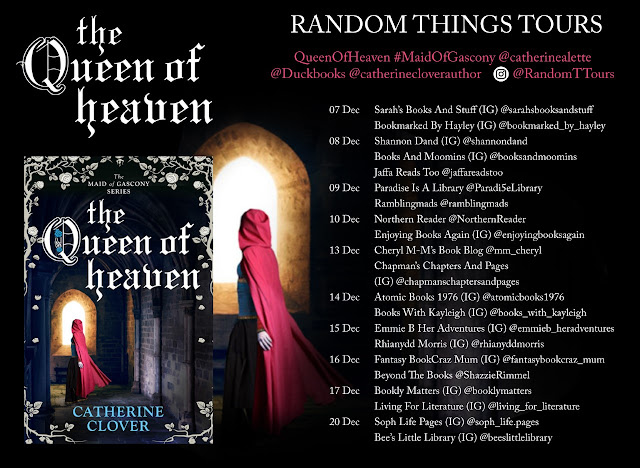