🎄 Festive Read ~ The 12 Days of Christmas by Poppy Alexander

The most magical time of the year...
For the first time in ten years, Freya is back in the little village of Middlemass for Christmas. The streets might be twinkling with fairy lights, but after the recent loss of her mother, she's never felt less festive.
Forced to sleep under the same roof as her handsome neighbour Finn, Freya realises she's going to need a distraction - fast! So she sets herself a challenge: to cook the '12 Days of Christmas'. Her delicious food soon brings the villagers together, and as each day passes, old friendships are renewed, memories stirred and there's even the flickering of romance...
She was only meant to stay for the holidays, but could Middlemass - and Finn - steal her heart forever?

After devastating news, Freya arrives back in Middlemass on Christmas Eve and is feeling a little bit lost and forlorn until she is rescued by Finn, who she remembers from the time when, as a teenager, she once had a bit of a crush on him. However, when her job with a top chef took her to the dizzy heights of Paris, Freya lost touch with all those people in Middlemass who had once meant so much to her. With nowhere else to go Freya agrees to stay with Finn for Christmas on the agreement that she cooks for him her unique version of the 12 days of Christmas.
What then follows is a lovely story which looks at the bonds of friendship and the importance of valuing those people around us. Whilst there is an undeniably festive feel to the story especially when Freya starts to cook her 12 days of Christmas meals, there is also the tender story of how Freya learns  to cope with her tragic loss and shows that with friends around she can overcome anything The sumptuous descriptions of Freya's wonderful meals quite made my mouth water especially her meringue swans which were so lovingly described that they quite literally leapt off the page and onto my plate. For those so inclined, the author has provided the recipes to make your own 12 days of Christmas culinary delights.
With a pinch of sorrow, a cup of friendship, and a dash of romance all mixed together, The 12 Days of Christmas is a beautifully written festive story.

Poppy Alexander wrote her first book when she was five. There was a long gap in her writing career while she was at school, and after studying classical music at university, she decided the world of music was better off without her and took up public relations, campaigning, political lobbying and a bit of journalism instead. She takes an anthropological interest in family, friends and life in her West Sussex village (think, The Archers crossed with Twin Peaks) where she lives with her husband, children and various other pets.
Twitter @SarahWaights #12DaysofChristmas
@orionbooks 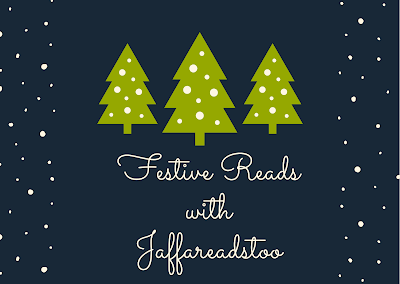