Nobody likes the North Edinburgh Health Enforcement Team, least of all the people who work for it. An uneasy mix of seconded Police and health service staff, Mona, Bernard and their colleagues stem the spread of the Virus, a mutant strain of influenza, by tracking down people who have missed their monthly health check.

When Scotland’s leading virologist goes missing, Mona and Paterson from the Health Enforcement Team are dispatched to London to find him. In a hot and unwelcoming city, Mona has to deal with a boss who isn’t speaking to her, placate the professor’s over-bearing assistant, and outwit the people who will stop at nothing to make sure the academic stays lost.

Meanwhile, back in Edinburgh, Bernard is searching for a missing prostitute, while Maitland is trying to keep the chair of the Parliamentary Virus Committee from finding out quite how untidy the HET office is.

A deadly pandemic has affected much of the population and in order to control the spread of this deadly virus, Health Enforcement Teams are employed to make sure that people attend a monthly health check. These stringent regulations are essential if the virus is to be contained and those who skip the test are hunted down.

The North Edinburgh Enforcement Team is on the case of two people who have flaunted these regulations. The investigative skills of HET operatives, Mona and Paterson, are needed in order to find the whereabouts of a leading academic who is about to miss his monthly check-up. Their undercover investigation takes them to London, where they encounter all sorts of problems. Meanwhile back in Scotland, the HET are on the trail of a missing prostitute, who may have links with the darker side of Edinburgh life.

This is a really interesting premise for a story; I especially enjoyed the dystopian feel to the narrative, particularly around the Orwellian tactics used against those individuals who missed their monthly check-ups. The double mysteries at the centre of the story are well plotted and I enjoyed the fast pace of the novel, and allowing two different sides to the story, one in London, and the other in Edinburgh, adds an interesting dynamic.

Songs by Dead Girls is now the second book in the Health of Strangers series and even though I haven’t read the first book, I was soon able to pick up the story and could follow the background reasonably well, although it took me a little while to get to understand the quirks of the central characters. The North Edinburgh Enforcement Team are an odd bunch of people, however, their lively wit and petty squabbles add an interesting dynamic to what is potentially, a dark and rather sinister working environment. That they continue to survive ,and thrive, in this setting is testament to the author’s skill in bringing this dystopian world to life in a lively and entertaining way.

Lesley Kelly has worked in the public and voluntary sectors for the past twenty years, dabbling in poetry and stand-up comedy along the way. She has won several writing competitions, including the Scotsman’s Short Story award in 2008. Her debut novel, A Fine House in Trinity was long-listed for the William McIlvanney award in 2016. She lives in Edinburgh. 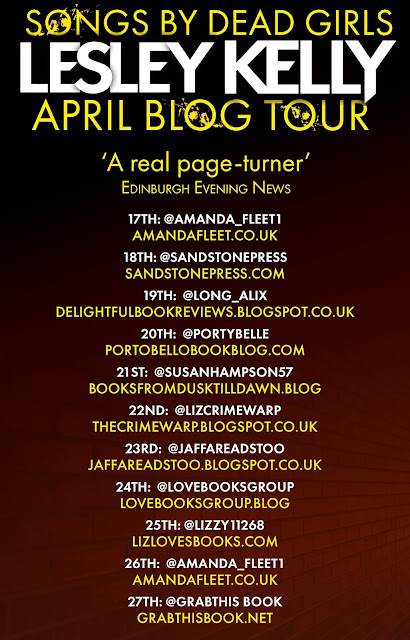