There is no bond greater than blood . . .

When the body of a woman is found stabbed to death, the blame falls to her twin sister. But who killed who? And which one is now the woman behind bars?

Zara and Miranda have always supported each other. But then Zara meets Seb, and everything changes. Handsome, charismatic and dangerous, Seb threatens to tear the sisters’ lives apart – but is he really the one to blame? Or are deeper resentments simmering beneath the surface that the sisters must face up to?

As the sisters’ relationship is stretched to the brink, a traumatic incident in Seb’s past begins to rear its head and soon all three are locked in a psychological battle that will leave someone dead. The question is, who?


There is a distinctly dark feel to Guilt which is apparent from the very start of the novel when a murder is committed, and the subsequent build up to the reason for this dreadful crime will take us into some very dark places indeed.

Non-identical twin sisters, Miranda and Zara, have a close and loving relationship, that is, until Sebastian, Zara’s less than charming boyfriend appears on the scene, and who seems determined to drive a wedge between the sisters. That this three way relationship causes problems is perhaps something of an understatement, and there are times when the emotional pull of the story really bites hard, especially as it covers some rather disturbing themes.

Told from the view point of the three main protagonists, the story slips comfortably between past and present and also between Zara, Miranda and Sebastian, and as their fascinating narratives unfold so the tension starts to increase. The story moves along at considerable speed, and the deliciously short and, at times, snappy chapters are perfectly proportioned to allow for quick reading. Some psychological thrillers just cry out to be read in one sitting, and that’s how Guilt worked for me, as I really couldn’t wait to see how the story played out in the wider scheme of things.

There is no doubt that in this her second psychological suspense novel, the author has really played to her strength. She has a real skill for getting into the finer details of what makes people tick, how they think, act and react is all closely considered, with never a drop of anything superfluous that could get into the way of good storytelling. And in bringing the characters of Miranda, Zara and Sebastian to life, she has once again, given us a story with a real sense of edginess and yet, which also has its basis in stark reality.

Beautifully observed and written, Guilt is one of those cleverly woven stories which really performs to the strength of its title as the feeling of culpability runs like a thread throughout the whole of the novel. 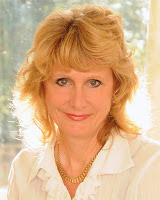 After graduating, Amanda Robson worked in medical research at The London School of Hygiene and Tropical Medicine, and at the Poisons Unit at Guy’s Hospital where she became a co-author of a book on cyanide poisoning. Guilt is her second novel. 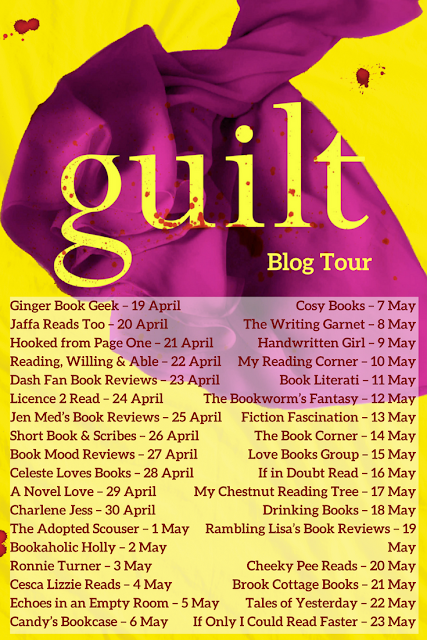