The author in my spotlight is ....Alys West 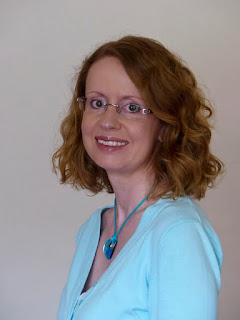 Where did you get the first flash of inspiration for Beltane?

Years ago I stayed in a rather alternative bed & breakfast in Glastonbury which was run by a lady who can most politely be described as ‘eccentric’. It was the kind of place which had angel cards on the breakfast table and where people talked about healing, auras and spiritual energy over their muesli. Having stayed in a number of B&Bs in Glastonbury now I realise that’s pretty standard but, at the time, I found it all a bit unusual. The lady who ran the B&B offered healing to her guests and was very keen to help them deal with whatever problems they had. Years later I was thinking about the place and I started to think ‘what if her intentions weren’t good, what if she had some other agenda in wanting people to come for healing’? And from there the idea for Beltane was born.

Without revealing too much, can you tell us anything about the story?

Zoe Rose is a struggling artist who goes to Glastonbury to get inspiration for the illustrations she’s working on for a book about King Arthur. She stays at a healing retreat run by

Maeve who isn’t the warm hearted hippy healer that she appears. Zoe finds a Green Man carved in a tree in the garden which intrigues her because it seems so real. I can’t tell you the secret of the Green Man as that would give too much away. But he’s not quite what he seems either and, in a world where magic exists, then anything is possible…

Where do you get your inspiration for a story from – are you inspired by people, places or do you draw purely from your imagination

I’m hugely inspired by places and by choosing to write about Glastonbury for Beltane and Orkney for Lughnasa, the second book in The Spellworker Chronicles, I’ve not only got amazing landscapes to work with but also fabulous amounts of myth and legend. You can’t move for myth in Glastonbury and it was fabulous to be able to draw on those ideas of ley lines and earth energy in the book.

One of the other incredible things about Glastonbury is that you never know who you’ll meet and I’ve been lucky enough to be able to chat to a practising witch over coffee and have a cup of tea with a druid. Those conversations were really inspirational too and I learned such a lot from talking to them.

I’ve wanted to write a novel since I was eight years old and was asked to write a long story during the Easter holidays. My long story turned into an epic which was four times longer than anyone else’s, much to the horror of my teacher who had to read it all. But then stuff like paying the mortgage got in the way and it wasn’t until I was about to turn forty and had recently split up with my partner that I decided that if I wanted to write a novel it was time I got on with it.

With Beltane I set out to write the kind of book that I wanted to read which I couldn’t find in the shops. I wanted romance and suspense and fantasy. Surely, that couldn’t be too hard? But this was five years ago, and the only supernatural creature anyone was writing about was vampires. As a huge Buffy the Vampire Slayer fan, I felt vampires were a bit done and I wanted a more organic hero who belonged in the English landscape which is when I came up with the idea of Finn being a druid.

As for inspirations, for the romance side of my writing it has to be Georgette Heyer, whose books I discovered fairly recently but I absolutely love. In terms of fantasy, I love Guy Gavriel Kay who I consider to be a fantasy writing genius. And I think I learnt a lot about suspense by reading a huge number of murder mysteries in my teens. I adore Golden Age detective fiction and Dorothy L Sayers is my absolute favourite.

The most important thing is that they enjoy them. A friend who is currently reading Beltane told me on Thursday that I was responsible for keeping her awake at night as she couldn’t put it down. As far as I’m concerned, that’s the best compliment in the world.

I have a steampunk romance called ‘The Dirigible King’s Daughter’ which is currently available to read in serial form on Wattpad but will be published on Amazon next year. I’m currently working on Lughnasa, the second book, in The Spellworker Chronicles. I’ve been having some problems with it as all the characters have become quite unruly so I’m not going to make any promises as to when that one will be ready. Maybe, if I can get them to behave, by the end of 2016. 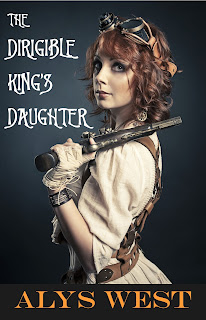 Beltane  is available from the 14 December as an e-book and a paperback from Amazon. Please click here to buy a copy.

You can read The Dirigible King’s Daughter on Wattpad here

You can find out more about Alys West on: 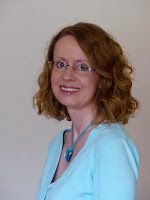 Alys is part of the Write Romantics who you can find blogging about life, love and writing at www.thewriteromantics.com


Huge thanks to Alys for giving so generously of her time and for sharing Beltane with us.

Jaffa and I wish you much success with your writing