Review ~ The Exclusives by Rebecca Thornton

What would you risk for your own success ?

The story opens in 2014, where we are introduced to one of the main characters, Josephine Grey. She appears troubled, given to soul searching moments of introspection, and so, when an email pings from Freya Seymour, a girl she once knew at boarding school, some eighteen years earlier, the troubled nature of Josephine's personality begins to manifest itself. We then return back in time to 1996, when Freya and Josephine were the sort of best mates who were joined at the hip, who knew everything there was to know about each other, who loved and laughed, hugged and cried and yet, as the highs and lows of both their lives start to be stripped away, secrets which have haunted them both, start to be revealed.

It’s an accomplished debut novel, there is fine attention to detail and setting the story in an all-girls boarding school, a place it must be said, I am not familiar with, is an interesting choice of venue. There is is a definite sense of the ennui which is all too easily manifested by girls being cloistered together, and of the petty squabbles, that can exist between teenagers, and especially girls, regardless of their background. The mystery at the heart of the novel is nicely explored, and there is the lure of fascination between two girl friends who, seemingly, share everything, to the exclusivity of anyone else.

Overall, it’s rather a slow burner of a story, and whilst the dénouement at the end explains why the friendship between these two girls has been allowed to degenerate, the secret which has tormented lives, whilst tragic, isn’t as venomous as I would have imagined, but I think, therein lies the strength of the story, that lives, and friendships, are often ruined for much less.

Best read with a Pizza Maguerita, heavy on the cheese… and bottle of icy cold , brain freezing, cherry cola.

Rebecca Thornton previously worked as a freelance journalist covering a range of topics. She now devotes her time to writing and The Exclusives is her debut novel. 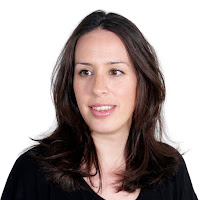 
The Exclusives is out now as an e-book. Published in paperback in April 2016

My thanks to Rebecca for sharing her work with me and to Becky Short at Midas PR for my copy of this book.