Jaffa and I delighted to be playing host to the 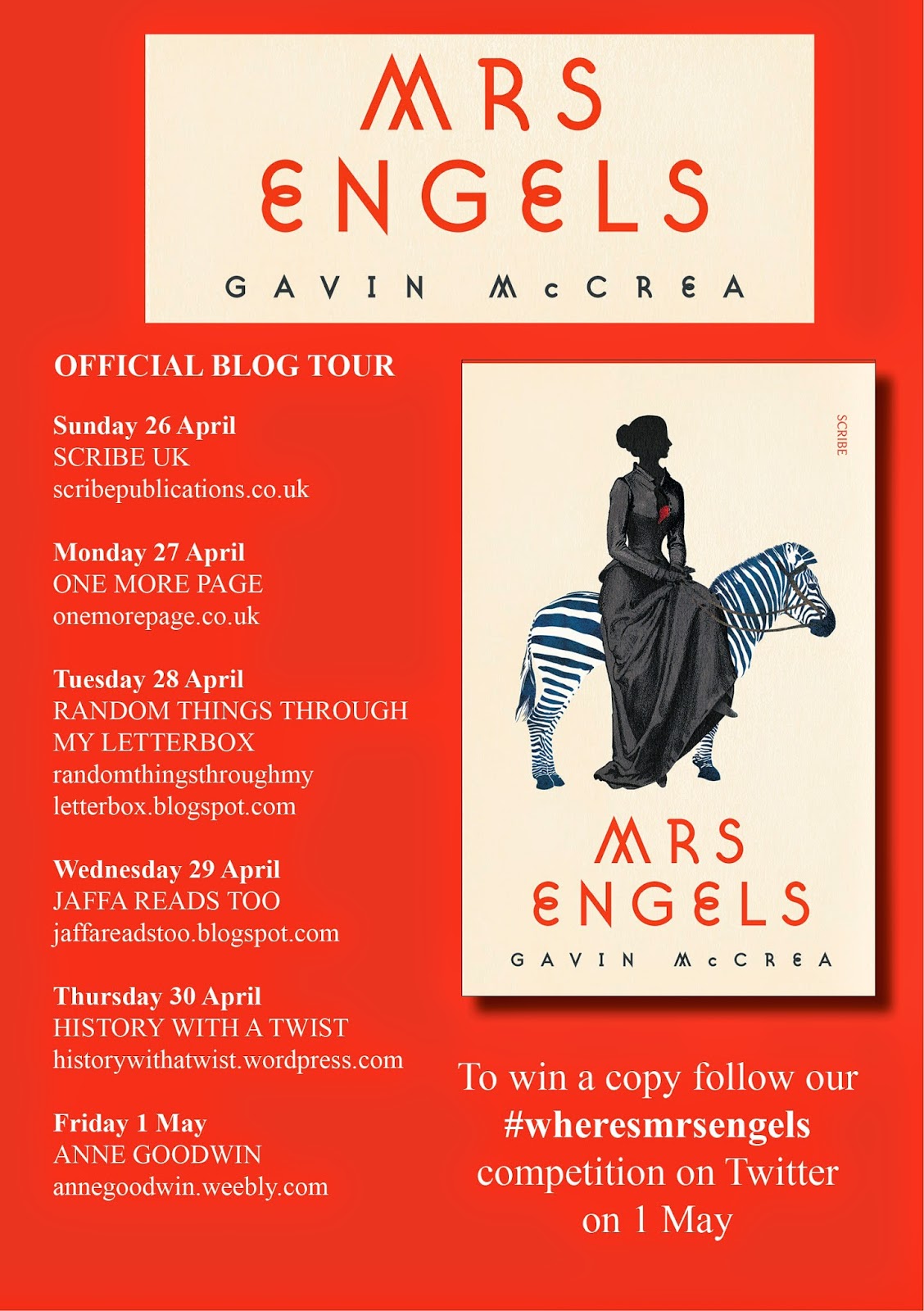 In September 1870 a train leaves Manchester bound for London. On board is Lizzie Burns, a poor worker from the Irish slums, who is embarking on the journey that will change her forever. Sitting in the first-class carriage beside her lover, the wealthy mill-owner Frederick Engels, the vision of a life of peace and comfort takes shape before her eyes: finally, at nearly fifty, she is to be the lady of a house and the wife to a man. Perhaps now she can put the difficulties of the past behind her, and be happy?
In Gavin McCrea’s stunning debut novel, we follow Lizzie as the promise of an easy existence in the capital slips from her view, and as she gains, in its place, a profound understanding of herself and of the world. While Frederick and his friend Karl Marx try to spur revolution among the working classes, Lizzie is compelled to undertake a revolution of another kind: of the heart and the soul.

Wry, astute and often hilarious, Lizzie is as compelling and charismatic a figure as ever walked the streets of Victorian England, or its novels. In giving her renewed life, Gavin McCrea earns his place in the pantheon of great debut novelists.


The latter part of the nineteenth century saw great changes, not just from an industrial perspective, but also in the way low paid workers viewed the direction in which their lives were heading. For Lizzie Burns, an Irish mill worker from Manchester, life is never going to be easy. When she and her sister, Mary, attract the attention of wealthy mill owner Frederick Engels, life for both women is irrevocably changed.  Based on factual evidence, this fictional story of Lizzie Burns and her association with Frederick Engels is a fascinating story of two disparate people drawn together by circumstance, and yet, as their personalities coalesce, they forge a link which is both endearing and enthralling in equal measure.

Removed from her humble roots and taken to London, Lizzie sets up a substantial home with Engels, an arrangement which doesn't always meet with the approval of the London elite. At first, Lizzie seems like the proverbial square peg in a round hole, quick to anger, easy to cajole and yet filled with such a zest for life.  And, as she and Frederick get drawn further into society, and as Engel’s relationship with Karl Marx starts to develop, Lizzie finds herself drawn into the lively discussions which support the idea of radical social change for the working classes.

There is much to take in, not just with the well written account of Engels and Marx’s struggle to get their voices heard, but also in the way in which Lizzie is forced to re-evaluate everything she has once understood to be true. Time and place is captured perfectly and the rawness and the challenge of living in Victorian England comes gloriously alive. Lizzie is a worthy protagonist and is a strange contradiction of honest working class common sense and touching vulnerability. Reading her words is like being in the room with her, she’s feisty and funny, coarse and delicate, and so supremely flawed, that you want to both protect and chastise her in equal measure.

I loved it, and I am sure that Mrs Engels it will appeal to those readers who enjoy well written historical fiction. 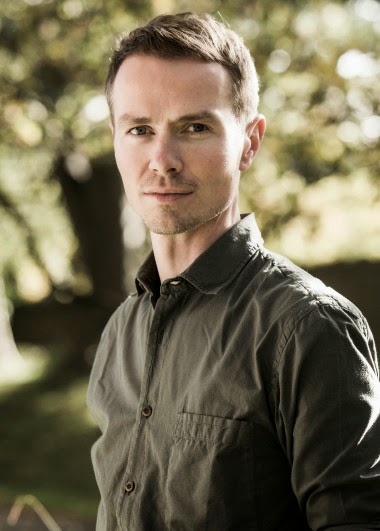 GAVIN MCCREA was born in Dublin in 1978 and has since travelled widely, living in Japan, Italy and Spain, among other places. He holds a BA and an MA from University College Dublin, and an MA and a PhD from the University of East Anglia. He currently lives between the UK and Spain.