Jaffa and I am delighted to welcome 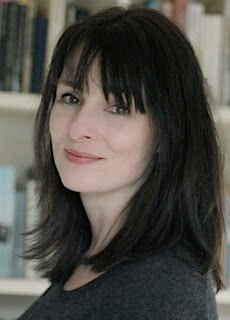 Letters to the Lost

What can you tell us about Letters to the Lost which will pique the reader’s interest?

I’m an out and out romantic, and Letters to the Lost is very much a love story. Or two love stories, really, as it’s a dual time frame book, with two sets of characters. It’s set in the 1940s – in wartime London – and in 2011, so I really hope that anyone who has an interest in the war and a weakness for a good old fashioned romance will enjoy it. It involves some unfinished business from the past, and a quest to resolve things before it’s too late.

What came first for you – the idea, the plot, the place or the characters?

Actually, the title came before anything else! The phrase Letters from the Lost came into my head one day, when I caught a glimpse of a handwritten letter on my daughter’s desk. I really liked the sound of it and wrote it down immediately, then couldn't stop myself trying to work out what story might lie behind it. I think the piece that slotted into place next was the location – the deserted house in the present day. I knew that the letters would arrive there, so I then had to find out who had sent them and why. From there Dan and Stella’s story really wrote itself, and the characters came to life for me.

What was the most difficult aspect of writing the story? How did you overcome it?

I wrote the whole of Dan and Stella’s story first, without stopping until I reached the end, and it really was lovely! I used to get in the shower in the morning and start thinking about the scenes I was going to write that day, and couldn't wait to get up to my office in the attic to get stuck in. I reached the end of their bit at about the same time as my daughters broke up for the summer holidays, and so I stopped writing altogether for the next month or so, and mulled over the present day story in my head. It felt like starting an entirely different book, so was fairly daunting, but once I reached the part when Jess finds the letters and the two stories started to merge I felt much happier. That was the most difficult bit – weaving the two strands together (in fact, I often wonder what masochistic instinct makes me write dual time frame books!) but I overcame it by planning everything out on a whiteboard (and then mostly ignoring it and writing whatever felt right at the time – but the planning made me feel better!)

What is your definition of writing Heaven? And writing Hell?

Oooh – lovely question! I think my definition of writing Heaven is time and space to Think. Of course (standard disclaimer) I adore my family, but the necessity of feeding them (three times a day!) and shopping for the food is the ultimate enemy of creativity. (I have a slight concern that on occasion I have wandered around the aisles of Sainsburys with an empty trolley actually muttering to myself). So, Heaven would be someone to plan, shop for and cook decent healthy food for us all 5 days a week. Actually, when I was writing Letters to the Lost, I had a week of writing heaven in Ironbridge in Shropshire. My middle daughter had a work experience placement at lovely Blist’s Hill and we’d rather underestimated the journey time from home, so the two of us stayed in a beautiful Landmark Trust house right beside the famous bridge. I dropped her off in the morning, then went back to the house for a whole day of writing, uninterrupted by laundry, cleaning or cooking, as we happily existed on ready meals and pub food. (It’s probably relevant to mention that there was no television or wifi there, either...)

Writing Hell for me is time pressure. Sometimes it’s not a linear process, and it’s really important to have the luxury of time to go back and change something, or slash whole swathes of words. It’s never an easy decision to make, but having the deadline clock ticking loudly in your ear makes it infinitely harder to make that call. I also think that books grow organically, and at certain stages of their development they just need time to... settle. At those times there’s no sense at all in rushing on and trying to beat a wordcount goal. Far better to put the kettle on, open a packet of biscuits and stare out of the window... (*EXCUSE KLAXON*)

Which writer do you admire most and why?

There are so many writers that I love and admire, and am inspired by. One of my all-time favourite writers, and my earliest influence was Jilly Cooper. I picked up my stepmother’s copy of one of her shorter novels (Imogen) while on holiday in France at the age of 10, and I absolutely devoured it. It was a total revelation. Up until then I’d only read children’s books, with overwhelmingly virtuous heroines, but here was a book about real people: funny and awkward and sexy and vivid. It was like getting a glimpse into a grown up world I longed to be part of. I still pre-order everything she writes.

Other writers I admire include Kate Atkinson for her effortless prose, which often seems to make me laugh while I’m still reaching for the tissues to mop up the tears, and Rosamunde Pilcher for her amazing skill at telling a story that totally transports you to a different world. I’m in awe of that power. (And having her provide a cover quote for Letters to the Lost was one of the most exciting and moving and amazing things ever. Totally incredible.)

What books are you reading at the moment?

I often have two books on the go – one for research, and one for pleasure. At the moment my research book is Up West, by Pip Granger, which is about life in Soho in the post-war years and is wonderfully absorbing as well as being informative. For bedtime reading, I’m deeply enthralled by Vanessa Lafaye’s brilliant Summertime which is utterly breathtaking, (sometimes quite literally, as the tension keeps building) and keeps me reading long after I should have switched out the light.

I do! I’m deep into writing book 2, which is set in the early 1950s (hence the research!). The war is over and the King has just died. It’s only a decade after the era I wrote about in Letters to the Lost, but it feels like an entirely different world; in many ways a more drab and depressed one than in wartime. And of course, it’s a love story!

My review of Letters to the Lost can be found here.


Huge thanks to Iona for sharing her thoughts so eloquently and to Hayley at Simon and Schuster  for her invitation to be part of this exciting book tour.