as part of her Virtual Book Tour 2014 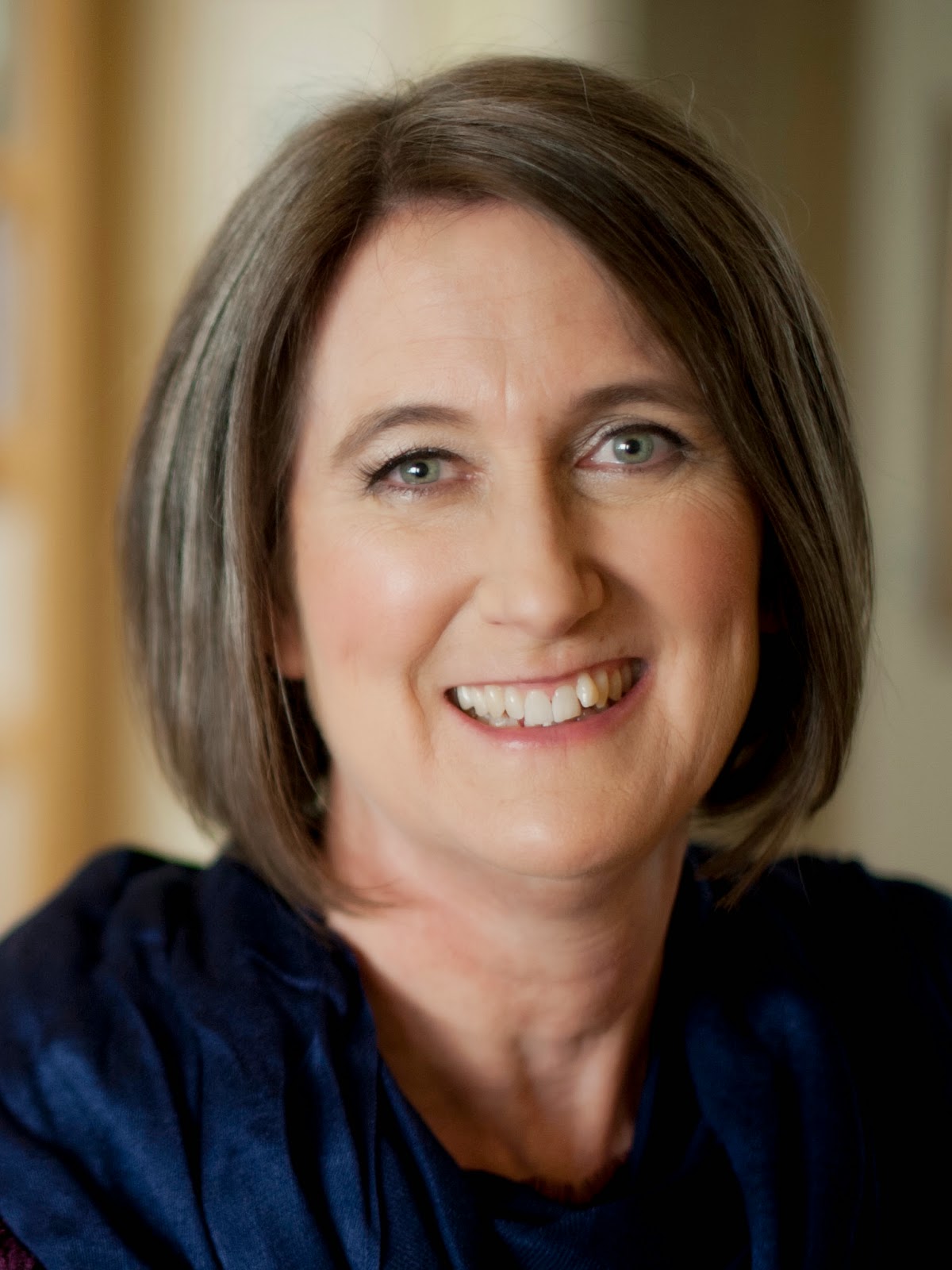 Tell us about Hand of Fire and why you chose to tell the story of Briseis?

Hand of Fire tells the story of Briseis, the captive woman from Homer’s Iliad who caused the bitter conflict between Achilles and Agamemnon during the Trojan War. She has practically no voice in the male-centered epic; I wanted to discover her as a flesh and blood woman.

Hand of Fire is partly a romance—Briseis and Achilles fall in love but in an unconventional manner that includes a mystical element. Achilles is half-immortal and I made full use of that half of his conflicted personality.

In addition to the romantic element, Hand of Fire explores why some people, women especially, can survive great tragedy and violence against them, even managing to experience joy in what life still has to offer.

It is a coming of age tale featuring a smart, strong-willed young woman in an ancient culture (Trojan/Hittite) that, counter to our modern stereotypes of the past, expects Briseis to be powerful, literate and a leader. Briseis succeeds in rising to those expectations despite the circumstances arrayed against her—and she’s strong enough to take on the mightiest of the Greek heroes.

What do you think makes this classical period in history so fascinating to historical novelists?

I think the Greeks hold us in such a mighty thrall because their ideas underpin so much of what we are as a civilization and so many of us cut our teeth on Greek mythology. Technically, my novel isn’t set in what is traditionally understood as “classical,” although I know exactly what you mean. I’ve dug far back into the Bronze Age when the Greeks were called Mycenaeans—a culture based more on marauding than civilization-building, as they demonstrate by sailing across the Aegean Sea to attack Troy, on the western coast of what is now Turkey. The Trojans and their allies (such as Briseis’s city of Lyrnessos) are culturally and politically related to the powerful empire of the Hittites that ruled what we think of as Turkey throughout the Late Bronze Age (1300-1200 BCE, roughly speaking). Troy was a semi-independent kingdom of the Hittites. So I had a blast figuring out who the Hittites were—since this is Briseis’s world. As a classicist I knew a fair amount about the Mycenaeans when I started writing, but the Hittites were a delightful new realm of exploration for me.

How did you research the historical background to the story and did you discover anything surprising along the way?

I spent a lot of time at university libraries, pouring through dry stuff like archaeological site reports (which produce both an urgent need for napping and great juicy details if you stick with it—fortunately for my readers, I do the culling). I also travelled extensively in Turkey and Greece, meeting with archaeologists at key sites and examining museum collections.
The big surprise for me was the Hittite culture that has come to light in the last couple decades, especially as the huge cuneiform clay tablet libraries have been translated. We have a rich historical record of these people—including details very handy for a historical fiction writer like political intrigues, treaties, religious practices, magical rites and customs of daily life.

At which event in history would you like to be a fly on the wall and why?

I’d love to see the moment in the Late Bronze Age about 1274 BCE when a young priestess of Ishtar, Puduhepa, met Hattusili, the youngest brother of the Great King of the Hittites and they fell in love. These two went on later to rule the Hittite Empire in a famously happy partnership. We’re told they met when Hattusili came to offer thanks to Ishtar for his victory over Pharaoh Ramses II. Both Hattusili and Puduhepa, the historical record says, had dreams sent by Ishtar. I’d love to see those first moments when they recognized what kindred souls they were.

If you could invite three people from history to your dinner table, who would you choose and why?

Although Briseis may be a legend rather than a truly historical person—no way to know for sure—I’ll include Briseis because I’d love to know how close my “reconstruction” of her life is to reality. We have only a few scraps about her from Homer, so I had to work with what was historically plausible. I’d also love to meet Achilles, although I suspect he might be an intimidating if gorgeous dinner partner, being half-immortal and all. But he’ll be an excellent singer of tales after the food’s put aside since he was a bard as well as a warrior. And I’ll add Puduhepa since I’m writing about her now. She’d get along well with Briseis and Achilles, and could share her stories of international intrigue and diplomacy.

I’m in the middle of a historical mystery featuring the Hittite Queen Puduhepa as “sleuth.” She would be as famous as Cleopatra if she hadn’t been buried by the sands of time. Her seal is on the first extant peace treaty in history next to her foe, Pharaoh Ramses II. Now that both her world and her correspondence have been excavated, I’ve started a series about her. She ruled from her teens until she was at least eighty, so I think this series may outlast me!

I’m also outlining a sequel to Hand of Fire—and Briseis may just make a major move to Cyprus. It’s such a gorgeous and intriguing island, covered in Bronze Age ruins, with several qualities that make it perfect for her. But as readers of Hand of Fire will realize, Briseis has got some business to take care of nearer to home before that happens.

Hand of Fire so eloquently. 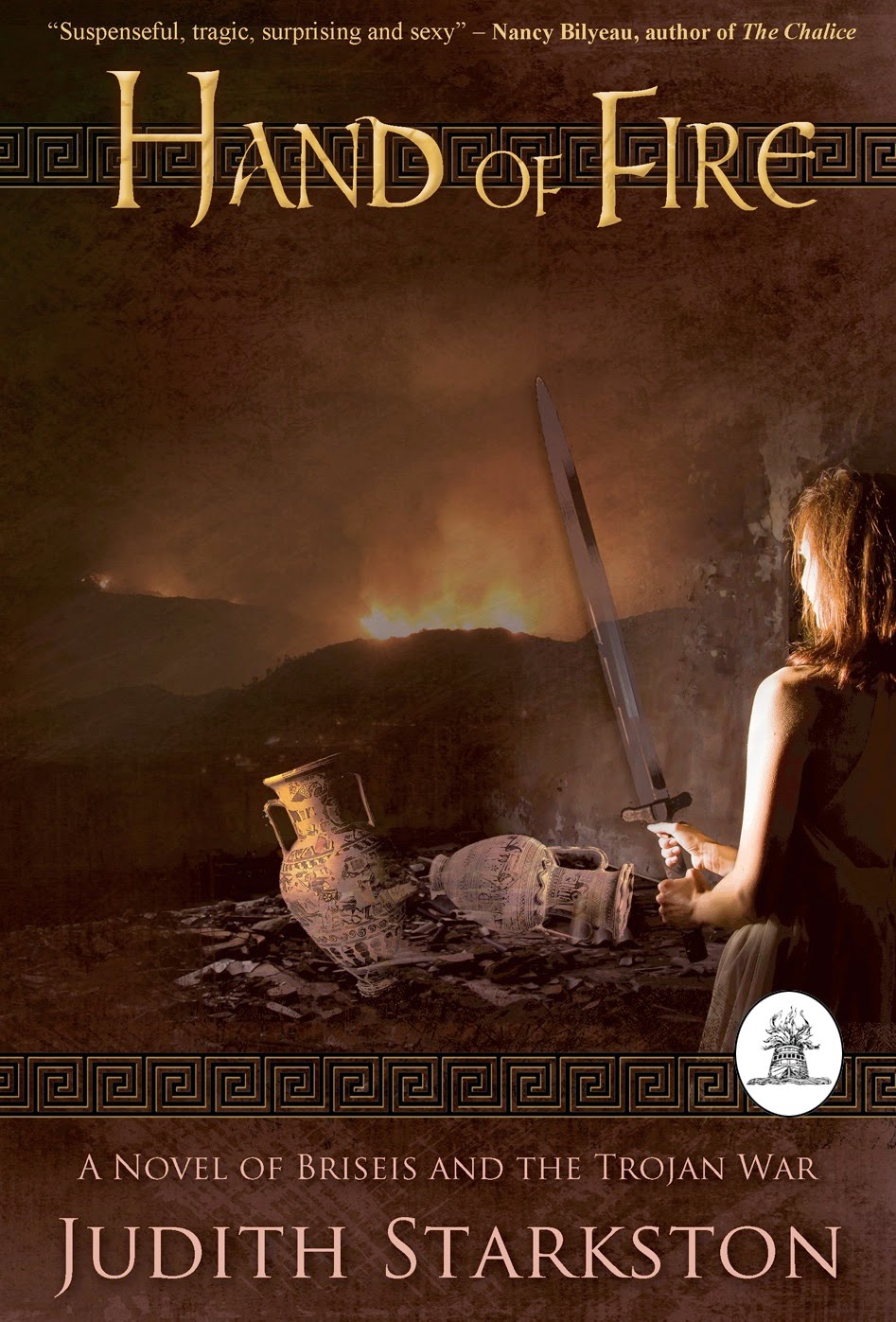 Hand of Fire can be purchased here: