An author interview with ....Michael Wills 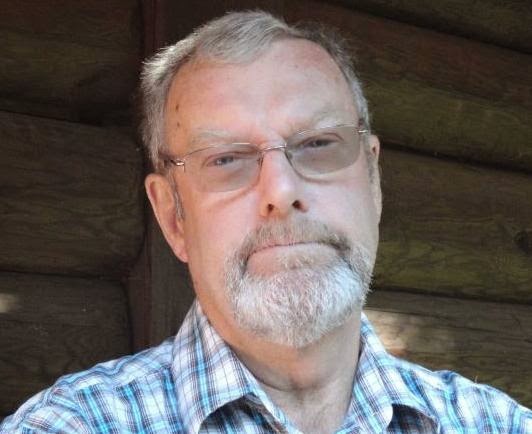 Where did you get the first flash of inspiration for your novel, The Wessex Turncoat?

My main interest in history has always been the Viking period. I was considering writing a novel about Viking settlement in America. I had read that new discoveries of Viking artefacts had been made in USA and so while I was on a short visit to New York I took the chance to visit the Museum of the New York Historical Society to see if I could find out more about these.

I was shown around by a charming elderly gentleman whose assumption was that I was interested in British history in America. As he showed me round I became more and more aware that my knowledge of the American War of Independence was sadly lacking, but I found the topic intensely interesting. Once I was home in Salisbury, I went to visit the Redcoats Museum in the City. There I learned the story of the Wiltshire Regiment and the calamity of the 62nd Regiment of Foot’s participation in the Battle of Saratoga. This was a story which had to be told!


Tell us more about the novel's background and why you chose to write about American history in this book.

What really intrigued me was the fact that such a rag tag and bobtail group of young men, many of them with very dubious backgrounds, some of them very young and inexperienced, could be melded into a formidable fighting force. Their training prepared them to face all manner of danger and to unflinchingly obey the orders, however cruel or insane, of their officers. I wondered how a typical recruit, a young lad of seventeen from a small village, would adapt to and survive the rigours of army life. Just such a person, Aaron Mew, became the centre of my story. His regiment was ordered to America in 1776 and thus most of the action of the book follows the grim tale of how he and his companions fought for a lost cause against a more numerous enemy, with a noble cause.


What was the most difficult aspect of the writing the story? How did you overcome it?

Undoubtedly, the most difficult thing for me was to learn about the intricacies of army life in the eighteenth century. I was very fortunate in having as my guides two of the foremost experts in this field, one British and one American.

Another difficulty was to understand the rigours and dangers of the journey the army made in American and to visualise the nature of the landscape. I travelled from Quebec to Saratoga to get a feel for this.


In your research for The Wessex Turncoat, did you discover anything which surprised you?
I was really surprised to discover the extent to which the British army, in the campaign I write about, was dependent on thousands of German mercenaries and Indian warriors. This really became clear to me when my American advisor invited me to watch a full scale re-enactment of the Battle of Saratoga.


What do you enjoy most about writing stories and do you write for yourself, or other people?
I have a huge interest in history, all history. But what fascinates me most is not kings, presidents and generals, but the people who lived during any particular period. I love to indulge my imagination and put together a plot which can develop into a story. Having made up a story, I have an instinct to share it.

So in one sense, I write for myself, I find it very satisfying, but such satisfaction would be hollow and short-lived if I were not able to share it with others.

Earlier in the year I had the opportunity to visit a school to do some creative writing classes. I tried out some ideas I had for a children’s book on the Vikings. The enthusiasm of the students gave me the impetuous to get writing. The first draft is ready!


More about Michael and his books can be found here www.michaelwills.eu

Michael ~ thank you so much for sharing the background to The Wessex Turncoat.

It's always fascinating to see just how much time and effort is spent in making stories truly come alive.

My thoughts on The Wessex Turncoat.

Aaron Mew is a naive seventeen year old when he is viciously uprooted from his simple life in a small Hampshire village. Forcibly conscripted in the ragamuffin army of King George III, Aaron is about to embark with the 62nd Regiment of Foot, in an adventure which will take him into a conflict far away from the land he calls home and everything he considers safe.

Based on factual historical evidence, the complex history of America’s Revolutionary War is described well.  The author has a good way with words, and is able to describe army scenes with an authenticity which relies much on good research, and a keen eye for the finer details of historical accuracy. There is such a keen interest in the progress of characters as they flit into and out of the story that they very soon become real in the mind, and take on personalities of their own. Aaron is an interesting protagonist, and it is interesting to watch how he makes the transition from boy to man.

Overall, I thought this was an interesting book about a period in American history of which I knew very little. The sights, sounds and smells of eighteenth century army life are brought to life in a believable way, and as Aaron progresses on his journey, I felt like I had travelled every step of the way with him.