City Hospital ~ A Competition with a Difference....

Enter the free "City Hospital" competition to be in with a chance to have a character in a book named after you! 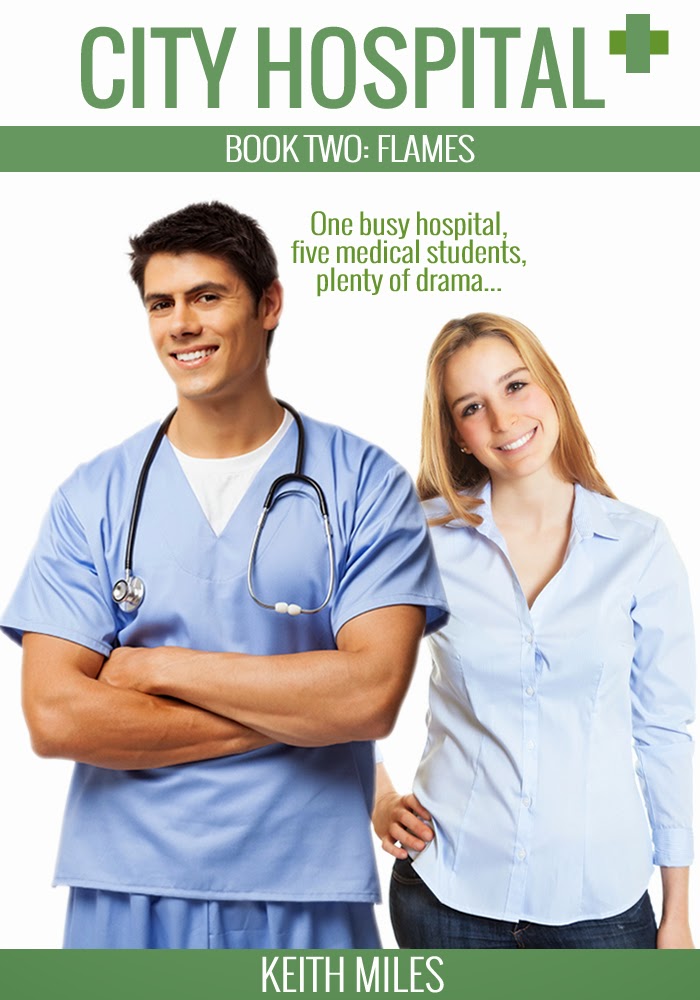 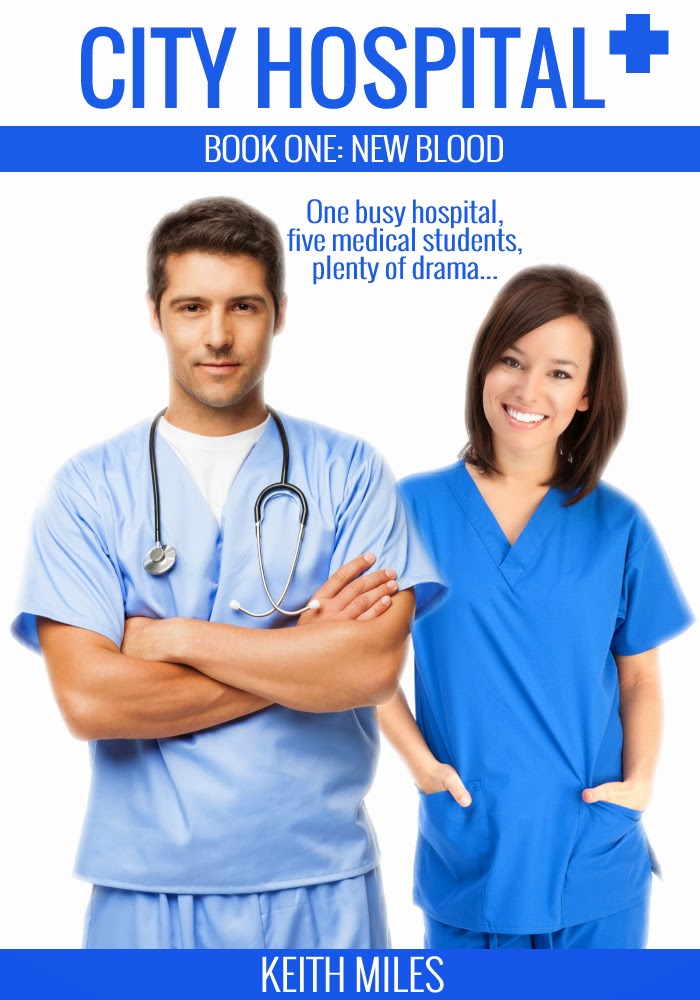 The "City Hospital" novels are written by Keith Miles, who has written loads of scripts and books for primetime TV and soaps. "City Hospital" is perfect for fans of shows like "Casualty" and "Holby City". It follows the lives of five medical students - Suzie, Mark, Karlene, Gordy and Bella - who share a house, and the ups and downs of working in a busy teaching hospital. Each novel mixes their own personal dramas with patients' stories. The series was a huge hit in print, and is now being reissued as ebooks for the first time.

Join five young trainee medics as they learn about life and love on the wards of City Hospital. Suzie, Mark, Karlene, Gordy and Bella share a house, and the ups and downs of being a medical student in a busy teaching hospital.

An accident leaves a young life hanging in the balance. A guilty Suzie holds the key to catching the culprit.

A party goes horribly wrong when an argument has unexpected and far-reaching consequences.

Karlene discovers why it's never a good idea to get too close to a patient.

The City Hospital series is perfect for fans of medical dramas like Casualty, Holby City and Doctors.

In this excerpt Gordy makes an error of judgement ...

Mark had surprised himself. He’d really enjoyed the party. He was sorry to see their guests drift away, especially the girl who worked as a scrub nurse in one of the operating theatres at the hospital. She and Mark had had a long and intense discussion about their work.
Only a few stragglers remained. It was time to start clearing up. Mark went to the cupboard under the stairs to get out their old Hoover. As he opened the door, he jumped a mile.
Matilda was hanging there, grinning at him.
Suspended from a hook in the top of the cupboard, the skeleton was swinging back and forth. Mark steadied her with his hand. She’d certainly made an impact at the party.
Gordy came up behind him.
‘Leave the old girl there until I get back, Marco.’
‘Where are you going?’
‘I’ve got to drive Lauren home.’
Mark turned and looked at him very carefully. ‘Is that wise, Gordy?’ he said. ‘You had a fair bit of that wine. Is it safe for you to get behind the wheel?’
‘Of course.’
‘You shouldn’t drink and drive, you know.’
‘It’s only a mile or two,’ said Gordy, airily, ‘And I can’t let Lauren down. I promised her a lift back to her flat and that’s what she’ll get.’ He grinned. ‘I’m hoping she’ll ask me in for a coffee.’
‘Have one before you go,’ suggested Mark.
‘And keep a lady waiting? No chance!’
Bella came up to them, holding hands with Damian.
‘We’re ready, Gordy,’ she said.
‘For what?’ he asked.
‘A lift.’
‘But I’m only taking Lauren.’
‘No, you’re not,’ said Bella. ‘Damian lives quite close to her flat. You can take us at the same time.’
‘Us?’
‘I want to say a proper good-night to Damian.’
‘Say it here, Bella.’
‘I’m coming,’ she insisted.
‘Thanks, Gordy,’ said Damian, slapping him on the back. ‘You’re a good mate.’
Gordy’s face fell. His plans had suddenly crumbled. Instead of being alone with Lauren, he would be an unpaid chauffeur for Damian and Bella.
‘You don’t mind, do you?’ said Damian.
‘No, no!’ said Gordy with sarcasm. ‘I’ll drive anyone who wants to come. We might as well stick Matilda in the back seat as well and really fill the car up.’
Suzie came rushing up to add to his woes.
‘Lauren tells me you’re driving her home, Gordy.’
‘Don’t tell me you want a lift as well, Suzie.’
‘I want to stop you getting in a car at all.’
‘I’m fine,’ he insisted.
‘You’ve drunk too much, Gordy.’
‘That’s what I told him,’ said Mark.
Suzie was firm. ‘I’ll ring for a taxi.’
‘No need,’ said Bella. ‘We’ve got one. Gordy’s car.’
‘He shouldn’t be allowed on the road.’
‘It’s my decision,’ argued Gordy.
‘And it’s not far to go,’ added Damian. ‘There won’t be much traffic around at this time of night.’
‘I still don’t like the idea,’ said Suzie.
Gordy was in a quandary. He was very fond of Suzie and didn’t want to upset her in any way. On the other hand, three people were depending on him for a lift and one of them was the girl he’d spent most of a very exciting evening with. It was Lauren who tipped the balance.
She came over to Gordy and slipped an arm around him.
‘Sorry to keep you waiting, darling.’
He made his decision. ‘Let’s go.’
As the four of them went out, Suzie was positively seething. She couldn’t believe Gordy could be so stupid.

To be in with a chance to have a character in the next "City Hospital" book named after you, simply email competition@greatstorieswithheart.com, with your name and the answer to the question - who writes the City Hospital series of novels?

The deadline for entries is midnight on Monday 6th October.

A winner will be picked at random and announced on Wednesday 8th October.

My thanks to Ian Skillicorn at Great Stories With Heart for the chance to
feature this competition.