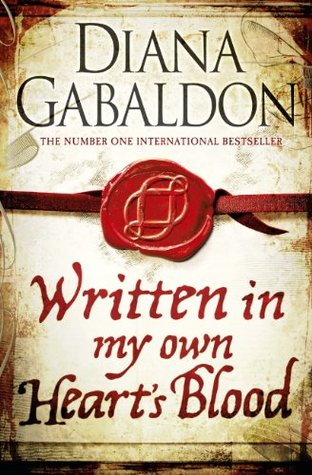 It is June 1778, and the world seems to be turning upside-down. The British Army is withdrawing from Philadelphia, with George Washington in pursuit, and for the first time, it looks as if the rebels might actually win. But for Claire Fraser and her family, there are even more tumultuous revolutions that have to be accommodated.
Her former husband, Jamie, has returned from the dead, demanding to know why in his absence she married his best friend, Lord John Grey. Lord John's son, the ninth Earl of Ellesmere, is no less shocked to discover that his real father is actually the newly resurrected Jamie Fraser, and Jamie's nephew Ian Murray discovers that his new-found cousin has an eye for the woman who has just agreed to marry him.
And while Claire is terrified that one of her husbands may be about to murder the other, in the 20th century her descendants face even more desperate turns of events. Her daughter Brianna is trying to protect her son from a vicious criminal with murder on his mind, while her husband Roger has disappeared into the past....

For the last week I have been chasing time in an effort to reacquaint myself with 18C America and have re-kilted An Echo in the Bone, which at over a thousand pages of tiny print takes a valiant effort but after a gap of four years in between books it really is essential to read back at least one book in this mammoth series before starting another epic adventure.

And this journey into Outlander life has been long anticipated....for the last four years I have known this book simply by Diana’s own soubriquet – MOBY- and with a supreme effort of will I have managed to avoid every tantalising excerpt she has posted on social media, not from any misguided belief that her enticing snippets would be mediocre but more because the anticipation of what is to be found between the actual pages acts as an incentive to avoid potential spoilers.

There is something very special about these books, so much so, I have to physically walk into a book store to choose my own copy. I know it would have been oh so easy to pre order this book so that it would arrive this morning neatly wrapped in brown packaging on my doorstep – but the magic for me is in the choosing – to pick that book, with that long anticipated cover, is a simple joy I relish. There is no other feeling quite like a Diana Gabaldon novel and only her most loyal fans – and believe me there are millions of us - and my friends in the Outlander Book Club who will know what I am talking about...

Time ceases when I open a new Diana Gabaldon book - I am immediately whisked aboard a rather superior time travel machine and as the 21st Century world around me fades into oblivion, the streets of 18C America come gloriously alive and I am reacquainted with friends I have grown to love and in whose company I am complete.

And the world was all around us, new with possibility was the last line of her very first book, and with every succeeding book, this author has never failed to deliver to us a sparkling new world of possibility...

My review of Written in my own Heart's Blood can be found here ....spoiler free , of course !!

Email ThisBlogThis!Share to TwitterShare to FacebookShare to Pinterest
Labels: Diana Gabaldon, Historical Fiction, Outlander, Written in my Own Heart's Blood