Emme Fifield is lady- in -waiting to Queen Elizabeth and as such holds a privileged position at the English court, but this protection does not extend to the capricious nature of a courtier who is hell bent on claiming Emme has his own. When personal scandal threatens to overwhelm Emme, she persuades Sir Frances Walsingham to intervene with the Queen, and gain her approval to allow Emme to sail for the New World, ostensibly to report back to the Queen on activity in one of the new world colonies, but in reality to escape public disgrace.

What then follows is a well written and beautifully researched novel, which takes the reader from the dangerous beauty of the high seas, in the company of a shabby assortment of passengers and crew, to the wild and untamed splendour of the New World, where the indigenous people are not as welcoming as was first believed. Throughout the story, and in fact what gives the book its heart and soul, is the developing relationship between Kit Doonan, a charismatic, and it must be said, handsome mariner, and Emme, whom fate seems to throw together in the most challenging of circumstances.

The story zings along at a cracking pace, there is danger, excitement, romance and deep emotion and by the clever weaving together of fact with fiction, the danger of this untamed period in history comes gloriously alive. By the end of the novel, and with the wild backdrop of the New World firmly ensconced in my imagination, I felt like I had spent time in the company of a wonderful array of adventurers. When the last page was turned, I breathed a heartfelt sigh of relief, not because the story was finished, far from it, but because the book’s ending was really well done.

I have no hesitation in recommending this book to lovers of well written and decisive historical fiction.

**Those who have read The Mistress of the Sea will appreciate the subtle binding together of some of the loose ends which were left at the end of that novel, but it is by no means essential to read this book first as The Lost Duchess is more than capable of standing alone. 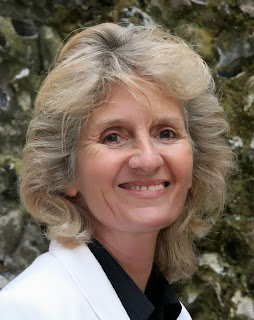 A little more about Jenny and her writing can be found here: