My Author in the spotlight is Maggie Craig... 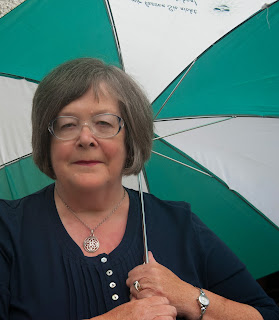 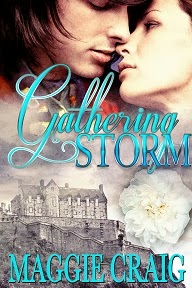 Gathering Storm is the first in a suite of Jacobite novels by Scottish Writer Maggie Craig, author of the ground breaking and acclaimed non- fiction - Damn 'Rebel Bitches: The Women of the '45 and its companion Bare-Arsed Banditti : The Men of the '45.

What is it about your writing that will pique the reader’s interest?

Well, there's my lifelong passion for the Jacobites of 1745, which I've expressed in two non-fiction books: Damn Rebel Bitches: The Women of the '45, and Bare-Arsed Banditti, the men of the '45. I'm immersed in this period of Scottish history.  I love doing the research for my novels too.

Readers who enjoy my books tell that they love the sense of place and the depth of the emotions. Place is really important to me and all my novels start from there. I always revisit the locations important to my stories, taking photographs, making little sketches and above all, absorbing the atmosphere. It's easy to do that in a city like Edinburgh, where Gathering Storm is set. History is down every close and round every corner. I do my best to evoke not only the sights but also the sounds and smells of the past, touch and taste too.

When it comes to the emotions the characters are experiencing, mine don't necessarily wear their hearts on their sleeves. I find it's often better when they don't, leaving them guessing and picking up clues about one another's states of mind. However, it has to be clear to the reader how deep their feelings are. I believe that when we pick up a book, the most satisfying read is one which takes us into the heads and hearts of passionate human beings, for whom much is at stake.

What can you tell us about Gathering Storm that won't give too much away?

Robert Catto is a young Scottish Redcoat officer, seconded back from the wars in Europe to captain the city's town guard. His covert mission is to assess the strength of the Jacobite threat in the run-up to the last Jacobite Rising of 1745. Scotland holds painful memories for him but he's a man who always does his duty. He clashes with Christian Rankeillor, daughter of surgeon-apothecary Patrick Rankeillor. Both father and daughter are committed Jacobites. With Jamie Buchan, Patrick's apprentice, they're hiding a Jacobite agent with a price on his head in Edinburgh's vast new Royal Infirmary: a hanging offence.

Robert and Christian's mutual attraction is evident from the outset. So are their respective moral dilemmas.  They interact too with a varied cast of characters. Everyone is keeping secrets, even young Geordie, the cook-boy for the Town Guard. Everyone is in real danger. If I had to classify Gathering Storm, I'd call it a romantic historical thriller.

In your research for Gathering Storm, did you discover anything which surprised you?

That's a hard question to answer, as I've been researching the Jacobites of 1745 for much of my adult life. What I really enjoyed with Gathering Storm was doing the medical research, especially when I was invited to sit down in the library of the Royal College of Surgeons in Edinburgh at a beautiful antique table under a sparking chandelier and leaf through documents from the 18th century - well, carefully lay them on a linen-covered pillow and try to touch them as little as possible! Those include the tradesmen's bills for building the bagnio or bath-house which features in the story. I also did an Open University course on the history of European medicine which I found fascinating. Physicians and surgeons of the 18th century were much more advanced in their practice and thinking than we often give them credit for.

If you could invite three prominent Jacobites from the 1740s  to your dinner table, who would they be, and why?

I'd definitely want John Roy Stuart sitting across the table from me. By all accounts he was a charmer and I think his conversation would have been highly entertaining. He was a poet too so we could talk about the creative process. Maybe being so often on the run sharpened his perception. I'd like Lord Pitsligo too, one of the older supporters of Bonnie Prince Charlie. He was a scholar and a gentleman, interested in everything and everybody. He was also a great supporter of education for girls and women. You'd have to allow me one non-Jacobite to complete the party: Duncan Forbes of Culloden who, with John Roy, features in Gathering Storm. We might not agree on politics but he was a humane man who wanted peace and prosperity for his beloved Scotland and he was a convivial man too, who enjoyed good food, good conversation and the odd glass of claret.

I sit down every morning early and work until about 1 o'clock. My computer is on the upstairs landing under a Velux window. When I look up from the screen I can see the big old trees at the bottom of our garden, the sky and the clouds and, at this time of year, the geese flying south in their v-shaped squadrons.

The current work in progress is The Captain's Lady, a big, sweeping time-slip novel set in my native Glasgow and the West Highlands in modern times as well as before, during and after  the ‘45.  Its historical heroine is Meg Wood, who appears towards the end of Gathering Storm as one of Christian Rankeillor's close friends.

I'm keeping the non-fiction muscle exercised by writing a short biography of Henrietta Tayler, a Scottish Jacobite historian who served during the First World War as a volunteer nurse with the Red Cross in Belgium, France and Italy, never very far from the frontline.

After those two are completed, I'm going back to Robert Catto and Christian Rankeillor. Can't leave them where they are. They have decisions to make and more adventures to have.

Maggie is very kindly offering 2 paperback copies of Gathering Storm - 1 UK copy and 1 US copy to 2 lucky winners of this fabulous giveaway.

Maggie thank you so much for spending time with us. Jaffa and I have loved hosting this interview.
We wish you much success with the continuation of your Jacobite series.

My thoughts on Gathering Storm

Edinburgh, 1743, is a scheming hotchpotch of political intrigue. The ever present threat of English interference doesn't sit comfortably with those Jacobites whose preference for the Scottish king ‘across the water’ relies heavily on subterfuge and clandestine meetings. When Redcoat officer Robert Catto is enticed back to Scotland, from the wars in Europe, ostensibly to join the Edinburgh Town Guard, his real mission, to assess the strength of the Jacobite threat, will prove to be an enormous challenge.

Christian Rankeillor is the daughter of the Edinburgh surgeon-apothecary, Patrick Rankeillor, a known Jacobite. She is feisty, determined and no shrinking violet when it comes to the seamier side of Edinburgh life, and together with her father, and his apprentice, James Buchan, she helps to hide a Jacobite agent with a price on his head.

The gradual layering of the story as Robert Catto and Christian Rankeillor’s world start to collide and coalesce takes place over the course of a very eventful week, when the Edinburgh Jacobites are at the heart of conspiracy, deception and despicable murder.

Overall, Gathering Storm is a really enjoyable depiction of this troubled time in Scottish history. There is a real authenticity to the story as the author has with great skill used her considerable knowledge of the period to bring together a very credible story. Edinburgh comes alive; its cobbled streets and dark and damp alleyways form the backdrop to a story which abounds with intrigue, political mayhem and clandestine skulduggery.