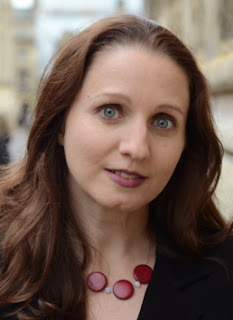 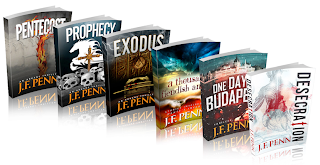 J.F.Penn is the bestselling author of Desecration, as well as the ARKANE series of thrillers. Pentecost, ARKANE Book 1 is currently available for free if you want to try it. Joanna’s site for writers, TheCreativePenn.com has been voted one of the Top 10 sites for writers three years running. Connect with Joanna on twitter @thecreativepenn

What do you love about writing?


Writing is the way I process the world. It’s how I understand the way things work, and how I learn, grow and change, as well as heal. So writing is integral to who I am, and when I don’t write, I start to get crotchety. I always carry a notebook with me, either a Moleskine or Leuchtturm, and there’s a whole stack of them by my desk that (hopefully) nobody else will ever read!

I love to write books, specifically, as a way to learn new things about the world - I’m a research junkie! I want to share with others within a story that engages, entertains and makes people think. I also like to measure my life by what I produce, and a book is a tangible product of time, effort and love. It’s also magic, as people can read those words even many years later and it’s as if they are in my head, so that connection is a critical part too.

I don’t think I would write novels if I was the only one who read them. I would certainly write something for me as I’ve always written journals with thoughts, poems, musings on the world. But in terms of crafting a story, with all of its complexities and then taking that forward through editing to become a book, that’s something I enjoy doing in order for others to take pleasure in, or to discover something new.


Why do you choose to write in your particular genre?

I write across several genres, like most authors, and yes, they are based on what I love to read. I love kick-ass action-adventure, and the ARKANE series has been described as ‘Dan Brown meets Lara Croft’. Desecration has shades of crime and mystery, with a hint of darker supernatural, in the vein of John Connolly. My short story series, A Thousand Fiendish Angels, is based on Dante’s Inferno and was influenced by H.P. Lovecraft.

My own voice comes through strongly, but of course, we’re all shaped by what we read and seek out for our own pleasure.

When I had a day job, I would get up very early to write before work, and now I always try to work on creative things in the morning. I’m definitely a morning person!

When I became a full-time author-entrepreneur, I started trying to work from home all the time, but it drove me crazy, so now I work in the London Library several times a week. It has a fantastic literary pedigree with Agatha Christie, T.S. Eliot, Charles Dickens and many more as alumni. It’s also in St James’ Square in central London, so I often do research trips in the afternoons, as sense of place is so important to my work.


Which writers have inspired you?

Oh goodness, so many! I’m a voracious reader, and I don’t have a TV, so I get through a lot of books every week. On my desk, I have Ben Okri’s poetry collection, Mental Fight, and also Steven Pressfield’s War of Art, a must-read for any creative. Umberto Eco’s The Name of the Rose was the book that made me want to be a writer, but for genre fiction, I love Lee Child’s Jack Reacher series and James Rollins’ action-adventure books, as well as Lisa Gardner, John Connolly and Stephen King for the darker side. 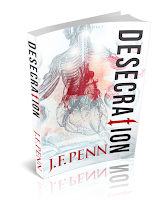 I’ve only just  published Desecration, a crime novel that opens with a murder in the Royal College of Surgeons and delves into grave robbery, body modification and the genetic engineering of monsters. That’s the first in a new, darker series, and I have just started the next one, Delirium, with a murder in the old premises of Bedlam Hospital. I’ve also started researching the next ARKANE book which will be set in Spain around the themes of Kabbalah
mysticism. 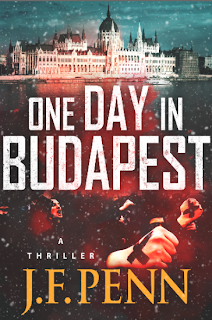 
My Thoughts on One day in Budapest


This was the first of the ARKANE thriller books that I had read and , of course, I worried that I wouldn't be able to pick up the story so far into an established series. I was wrong. One Day in Budapest had me hooked from the very beginning and I soon became immersed, not just in the pace of the story, but also in the depth of characterisation and the vivacity of the lead players.

The story opens at the Basilica of St Stephen in Budapest with an audacious theft of a venerated relic, when a call goes out for retribution; the entire city is plunged into a state of violent unrest. Dr Morgan Sierra, psychologist and ARKANE agent, joins forces with Zoltan Fischer, a Hungarian Jewish security advisor, and together they run the gauntlet of violent unrest in order to discover the whereabouts of the Holy Relic.

At just about 79 pages, this is rather more than just a short story, throughout the narrative the pace reads more like a novel as so much action is contained within its pages. At the end of the novella I felt like the story was complete and yet I was also aware that there is so much more to explore with the ARKANE series.

As with all established series it is probably better to start at the beginning but it's by no means essential as I enjoyed this as a stand alone story.

A highly recommended read if you like fast paced thrillers.