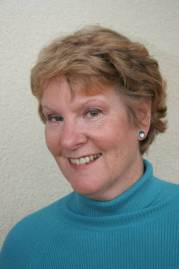 Alison Morton grew up in West Kent, served as a Territorial Army officer and owned a translation company. She completed a BA in French, German and Economics and thirty years later an MA in History. She now lives in France with her husband.

A ‘Roman nut’ and wordsmith since age 11, she has visited sites throughout Europe always wondered what a Roman society would be like if run by women…

Find out more about Alison’s writing life, Romans and alternate history at her blog

New York, present day. Karen Brown, angry and frightened after surviving a kidnap attempt, has a harsh choice – being eliminated by government enforcer Jeffery Renschman or fleeing to the mysterious Roma Nova, her dead mother’s homeland in Europe.

Founded sixteen centuries ago by Roman exiles and ruled by women, Roma Nova gives Karen safety and a ready-made family. But a shocking discovery about her new lover, the fascinating but arrogant Special Forces officer Conrad Tellus, who rescued her in America, isolates her. Renschman reaches into her new home and nearly kills her. Recovering, she is desperate to find out why he is hunting her so viciously. Unable to rely on anybody else, she undergoes intensive training, develops fighting skills and becomes an undercover cop. But crazy with bitterness at his past failures, Renschman sets a trap for her, knowing she has no choice but to spring it...

In present day New York, Karen Brown’s daily life is starting to unravel. When inexplicable events shake the very foundations of her world, she at first disbelieves what is happening around her. However, after a failed kidnap attempt, Karen is advised to flee to her dead mother’s homeland, but even as the mysterious Roma Nova offers a sanctuary, it also opens more questions than answers. The action is fast and furious, and soon Karen finds that she is drawn into a dangerous set of circumstances, which will test her endurance to limit and which will force her to question the structure of her belief.

What then follows is a well written and decidedly competent alternate history novel which draws you in from the very beginning and which offers an intriguing look at Roma Nova, a world which has been ruled by women for the past sixteen centuries, and whose secret anonymity comes alive on the page. Alternate history is a fascinating concept, and yet can so easily become a minefield of improbability, where the world within a world being created can become a mere parody of what is real. However, I had no such issues with Inceptio, which thanks to the author’s skill, Roma Nova and its role in the world, soon became a real and very authentic place.

I think that this is one of those books you could so easily miss, particularly if alternate history is not your genre, but you would be missing out on a real treat. It is ideal escapism, with the ingredients of history, mystery and romance expertly combined to form a well balanced and perfectly presented start to a promising series.

My thanks to Alison and Silverwood books for my review copy of this book
and for inviting Jaffareadstoo to be part of Alison's Blog Tour.

Jaffa and I wish you continued success and look forward to your next book in the series.