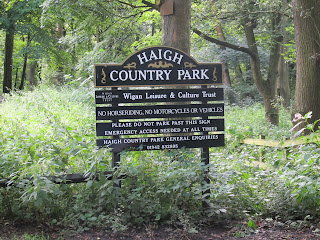 Making the most of a morning of sunshine my walk this week took me into Haigh Country Park, which is 250 acres of woodland , once the home to the Earls of Crawford and Balcarres.

The name Haigh comes from the Anglo Saxon word Haga meaning an enclosure or a secure area to house livestock.The origins of Haigh and the owner of the original manor is not known. The earliest recorded date of title is 1295 when William de Bradshaigh married Mabel le Norreys, the natural heir to the estates of Haigh and Blackrod. The first hall was probably Norman, and a relic of this was enlarged in the 16th and 17th centuries with an Elizabethan south facade. A descendant of William, Roger Bradshaigh, lived at the Hall in the 1600s. He was MP for Haigh and made a baronet in 1679.
The Bradshaigh line died out in 1787 and title passed to Alexander Lindsay, 6th Earl of Balcarres after marrying Elizabeth Dalrymple who had inherited the estate from her maternal family, the Bradshaighs. The present Hall was built between 1827 and 1840 using stone from Parbold, wood from Jamaica (the Earl’s own plantations) and furniture from France. The Hall was designed and planned by the the 24th Earl of Crawford.

The plantations were laid out in the 1860s to hide the condition of the landscape after being damaged by the mining activity. The extensive Plantations consist primarily of Beech trees with a proportion of Oak, Horse Chestnut, Sycamore, Ash and Lime and Scots Pine.

There are lots of paths to choose and the old stone roadside markers still lead the way.. 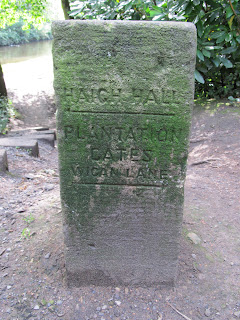 ...or you can choose the modern day signpost 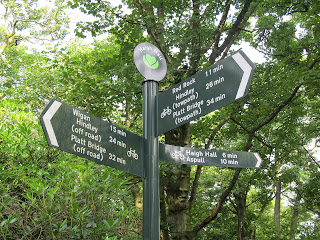 The meandering Leeds / Liverpool canal cuts through the landscape... 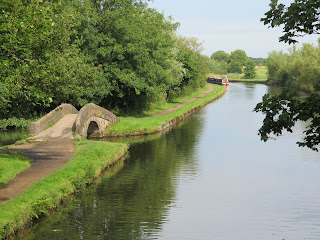 And a family of ducks came for bread..... 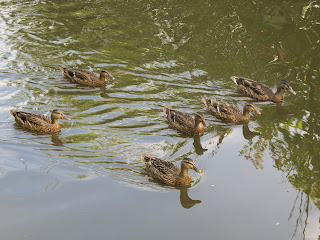 A bright and colourful canal barge 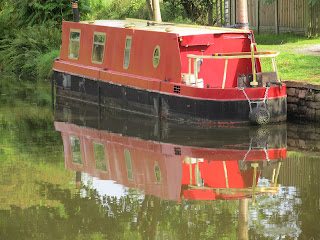 Hidden paths reveal so much history 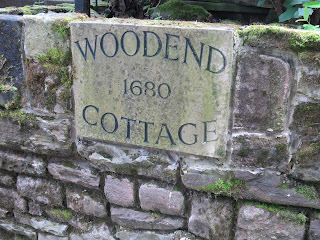 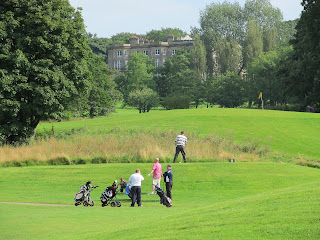 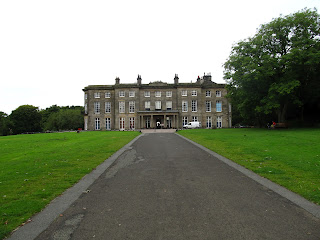 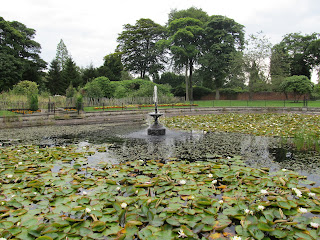 What a lovely walk and home in time to avoid the rain.....