The short story has a rich tradition in French literature where, since its genesis, the form has been playfully expanded and subverted. Here are decadent tales, 'bloody tales', detective stories, war stories, fables, puzzles, fairy tales, and family histories. They are stories about the self and the other, husbands, wives and lovers, country and city, rich and poor. Curated and introduced by Patrick McGuinness, Professor of French and Comparative literature at Oxford, this collection brilliantly balances famous names such as Proust, Colette, and Zola with lesser-known French writers ripe for rediscovery.
Volume One begins with a bawdy, innuendo-laden tale from Philippe de Laon's One Hundred New Tales, written between 1464 and 1467. The final story in Volume Two dates from the early 2000s, written by Virginie Despentes, one of the most thrilling and taboo-breaking contemporary French writers. In between, this anthology crosses both genres and borders with writing from the formidable Guadeloupian writer Maryse Conde, and the greatly overlooked Senegalese poet and member of the Négritude movement Birago Diop. Far from apolitical, the collection reckons with France's complicated political and colonial history in a way which only the short story is able, as McGuinness tells us: "The short story is a pragmatic, nimble genre, responsive and topical, reaching the parts of a culture other genres cannot, and reaching them fast. Where the novel stretches across our days and accompanies us through them, the short story thrives in the busy ecosystem of everyday narratives and everyday reading habits."
The second volume takes the reader through the tumultuous twentieth century in the company of writers including Simone de Beauvoir and Maryse Condé, Patrick Modiano and Virginie Despentes, covering world wars, revolutions, and the horrors of the motorway service station. Along the way we meet electronic brains, she-wolves, a sadistic Cinderella, ancestors, infidels, dissatisfied housewives and lonely ambassadors, all clamouring to be heard. Funny, devastating and fresh at every turn, this is the place to start for lovers of French literature, new and old.
Edited and with an introduction by Patrick McGuinness, academic, writer and translator.
****
Thanks to the publisher, I've been lucky enough to read a sample section of the stories within these two volumes and from what I have seen, so far, I can heartily recommend both volumes. The stories vary in length from one page, to several pages, and each are perfectly written to entice and entertain. In my sample copy I enjoyed The Panther by Rachilde from Volume One and from Volume Two I enjoyed reading The Winter Journey by Georges Perec.
The Penguin Book of French Short Stories, edited by Patrick McGuiness, was published on the 27th October by Penguin Classics.
About the Editor
Patrick McGuiness is Professor of French and Comparative Literature at the University of Oxford, and a Fellow of St Anne's Collge. Born in Tunisia and raised in Belgium, he is a poet, prize-winning novelist and translator.
Twitter @PenguinRandom
@padrigmcg 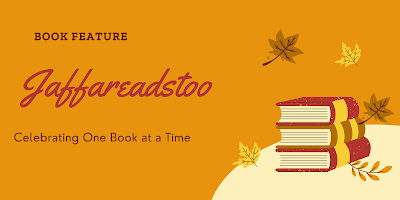