When you’re a kid, you imagine monsters to have horns and fangs. That they hide under the bed or in the wardrobe. And you believe they can only come after you when it’s dark.
You don’t expect them to look like everyday people or that they may be someone you already know…
The summer in question started out with hot, fun-filled days and new friendships.
We had just turned thirteen and had our whole lives ahead of us.
But that was before her…
Before we became known as the Hixton Five and our lives become defined by one night.
It’s hard to believe twenty years have passed since she was locked away.
But now she’s free and strange things have started to happen.
When I close my eyes, the creeping anxiety and fear is overwhelming and all too real.
Because the monster is back, and I know she has a score to settle with us.
📖 My Review..
The Hixton Five as they were once dubbed are still coming to terms with the events which happened to them over twenty years ago but the psychological scars of their ordeal, at the hands of the notorious woman who was sent to prison for what she did to them, still remain. Twenty years on and the perpetrator has now been released and suddenly everything comes back to haunt those who have tried so hard to put this terror behind them.
The Sleepover is a menacing and chilling story which hits the ground running as we are introduced to Hannah and Rosie, two of the main characters, who on the surface are living reasonably normal lives and then, out of the blue, a true crime journalist appears who wants to tell their story. At the same time weird things start to happen opening up the terror which they have tried so hard to keep under control.
The story is really quite tense and I found that I was turning the pages faster and faster to see what was going to happen next and to find out what part of the story would reveal even more terrible secrets. The author writes really well and combines emotional strain with a taut atmosphere which allows the creepy edginess to remain throughout the whole of the story.
Taut, tight and tense The Sleepover is one of those stories to read in one sitting, preferably with all the lights on 😨

🍴Best read with .. a fluffy omelette, heavy on the cheese 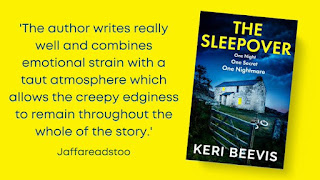 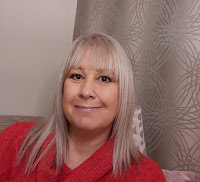 Keri Beevis is the internationally bestselling author of Dying To Tell, Deep Dark Secrets, Trust No One, Every Little Breath and The People Next Door. Dying To Tell reached no. 1 in the Amazon chart in Australia and was a top 25 hit in the UK. Keri wrote her first novel at age twenty, but it was a further twenty years before she was published, after winning a contract in a competition run by a small press. She lives in Norfolk, along with her two naughty kitties, Ellie and Lola, and a plentiful supply of red wine (her writing fuel).
Twitter @kerieevis #TheSleepover
BookBub
@boldwoodbooks #boldwoodbloggers @bookandtonic
@rararesources 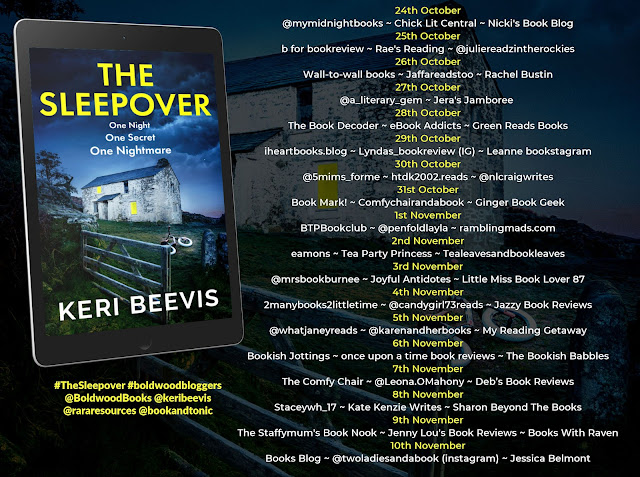