Two sisters alone
Sophie and Kelsey have always had each other. When their mum is diagnosed with cancer and their dad fails to step up, they're forced to move into the care system. But Sophie knows they'll be okay as long as she's there to protect her sister.
One final chance
But when Kelsey is found a foster family and Sophie can't join her, Sophie's left in an unsafe situation in the home, forced to do things against her will. Finding her own foster family feels like a relief, but it's short lived when her trust in her new foster parents is betrayed.
No going back
With nowhere to turn, Sophie finds herself homeless. But when she finds her new street family, Sophie joins the working girls and her new identity as Sapphire is complete. It's a hard life working the streets, especially when those around her look to take advantage, but can the dream of one day finding Kelsey keep her going?
My Review ..
Sophie and her younger sister, Kelsey, are placed in care following the untimely death of their mother. Life in this Manchester children's home is far from easy and unfortunately it's made more unbearable when Kelsey is soon placed with a foster family, and Sophie is not. Staying on in the children's home opens Sophie's life up to even more betrayal which doesn't ease even when she is placed with a foster family of her own.
This is now the fifth book in the Working Girls series of urban crime novels which are set in the mean and moody streets of Manchester and as such follows a similar northern theme. The author writes with such conviction that the area, and it's people, the good, the very bad and the seemingly indifferent, soon start to bounce into life. The inherent hardship, and danger, of living life on the streets is convincingly described, and there's a gritty authenticity to the writing which doesn't pull any punches, describing, with harrowing efficiency, the dangers of life for those who find themselves homeless and alone.
All through reading Sapphire I felt that the system failed Sophie, her life was blighted by a downward spiral into drugs, prostitution and violent abuse. The story doesn't always make for easy reading but throughout the adversity Sophie, or Sapphire, as she becomes known as a working girl, shows a tenacity and strength of will even when everything transpires against her.
Whilst Sapphire can be read, and enjoyed, as a standalone story, it does sort of make more sense to read the series from the beginning as that way you will become accustomed to the characters and the way the author, herself a Mancunian, brings the city, with all its many undercurrents, sharply into focus.
About the Author 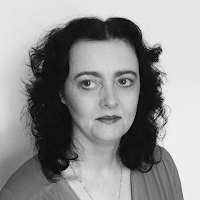 Heather Burnside spent her teenage years on one of the toughest estates in Manchester and she draws heavily on this background as the setting for many of her novels. After taking a career break to raise two children Heather enrolled on a creative writing course. Heather now works full-time on her novels from her home in Manchester, which she shares with her two grown-up children. 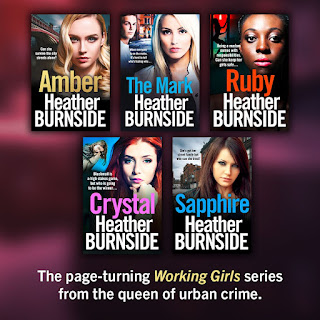 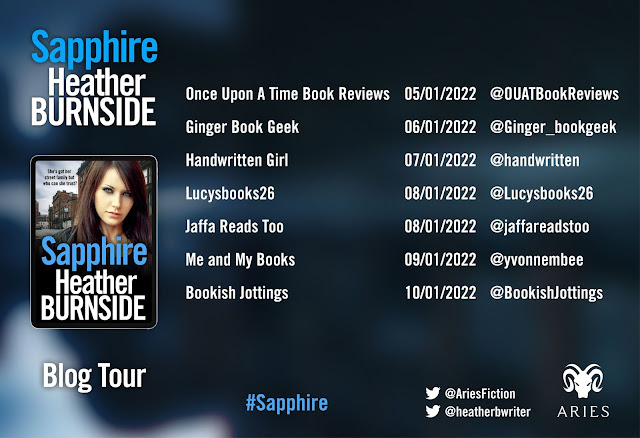