Blog Tour ~ An Echo of Scandal by Laura Madeleine

Delighted to be taking part in this exciting Blog Tour

The sumptuous and seductive world of Tangier in the early 20th century is a world where men make decisions and women follow. But Alejandra is determined to secure her independence, at any cost.

In the dead of night, with blood on her hands, she made her escape. Accused of murder, Alejandra flees her home, escaping to the southern edge of Spain, where she faces a life of poverty and destitution. Seduced by the power of the rich and the anonymity that waits across the water in Tangier, Ale makes a bid for a new start. But it will come at a cost: a life of deception. Because Ale’s new friends want to know what she is running from, they want to know who she is and whether they can trust her. Fifty years later, a young American writer wanders the streets of Tangier, searching for inspiration. When he stumbles across a trace of Ale’s life, he finds himself tangled in a story of scandal, love and danger that has not yet reached its end.

Alejandra hasn’t had the best of starts to her young life, and when in 1928, she is accused of a heinous crime, she has little choice but to try and escape, however, leaving behind everything she has ever known in Córdoba only makes her life all the more complicated.

Fifty years later in Tangier, Sam Hackett is a young writer who is down on his luck and struggling to make ends meet . When he comes across traces of a forgotten life he is suitably intrigued and sets out to discover as much as he can about the mysterious person he knows only by the initials A.L.

What I have loved about this novel is the way the author seamlessly moves from past to present and brings the heat and glorious colour of Tangier alive in a really exotic way. The sights, sounds and sensations of the market place, the spice, taste and texture of fabulous food, and the tantalising recipes for alcohol infused cocktails all blend together in a clever mixture of intrigue, mystery and danger.

Dual time stories are notoriously difficult to carry off but what works so well in An Echo of Scandal is the way that both time frames are equally compelling. I found that I was just at home in the 1920s as I was in 1978 and I looked forward to spending time with both sets of characters as they each live out the adventure which the author has created for them with so much flair and imagination.

An Echo of Scandal is a beautifully written historical novel by an author who knows how to hold the reader in the palm of her hand. The story is filled with both drama and passion and is gloriously authentic in every detail. I loved it 😊 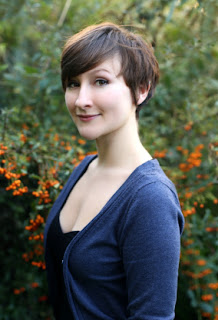 After a childhood spent acting professionally and training at a theatre school, Laura Madeleine changed her mind, and went to study English Literature at Newnham College, Cambridge. She now writes fiction, as well as recipes, and was formerly the resident cake baker for Domestic Sluttery. She lives in Bristol, but can often be found visiting her family in Devon, eating cheese and getting up to mischief with her sister, fantasy author Lucy Hounsom. 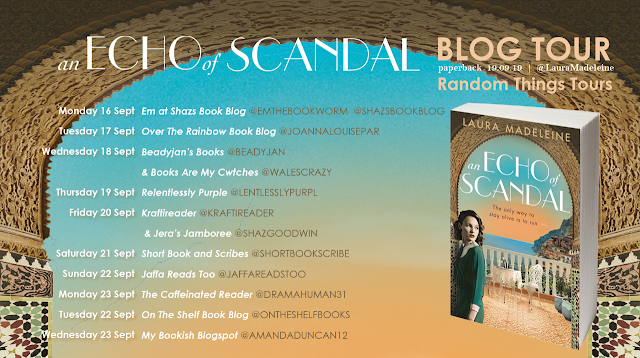