It's with real pleasure that I share this lovely extract from

It was shortly before Christmas when she confided to Betty that she wanted to become a singer and it had been her main reason for coming to London. Betty was all agog, and immediately wanted to hear her. It was their day off and they were sitting in a little square of park eating a meat pie before they went to see Fred Astaire at the cinema. Bonnie looked around her, shaking her head.

‘Course you can, there’s no one about, and if you want to do that sort of thing you can’t be shy,’ said the ever practical Betty. ‘Go on, Bonnie, sing us a song. I can’t believe you haven’t told me about this before.’ Bonnie shrugged. ‘I tried for ages when I first came to London and got nowhere. I didn’t even get one audition. Perhaps I’m no good.’

‘How can you say that if no one even heard you?’

That was true. Bonnie knew she’d gone red. ‘What shall I sing?’ she asked uncomfortably, wishing she hadn’t said anything.

It had been one of the hits of the year and Bonnie nodded. ‘I only have to hear a song once and I remember the words and the tune. My da was the same. He had a lovely voice.’ She had told Betty the same story she’d told everyone else since coming to the capital; that her mother had died when she was a baby and her father had brought her up, and it was his death that was the catalyst for making the move to London. Which was partly true.

‘Go on then,’ Betty said again. ‘Look, I’ll introduce you.’ She jumped up from the bench and lifted her arm in an extravagant gesture much as Dennis did. And in an imitation of his ringing tones, she announced, ‘Ladies and gentlemen, for your pleasure for one night only, the amazing, the beautiful, Miss Bernice Cunningham will sing “Smoke Gets in Your Eyes”.’

Grinning, she pulled Bonnie to her feet and then sat down expectantly, her face bright.

Bonnie stood for a moment and then shut her eyes.

Outside the small square London went about its business; the noise of traffic and people only slightly dampened by the trees and bushes surrounding the perimeter of the tiny oasis. When she had been living with the fair community after her father’s disappearance she had sung most nights – her grandma had seen to that – but even during the day when she’d been doing other things she would sing for the sheer enjoyment of it. Since coming to London there had been little opportunity to practise, though, and for a second or two she was suddenly frightened she might be too rusty. She had never had any difficulty in deciding how to sing a song and bring out the emotion in the words – it was part of the feeling she experienced that she was the song, that was the only way she could describe it to herself. Now, after the first line or two, that familiar

feeling took over and she sang as she had always sung, with her soul laid bare.

She didn’t open her eyes until she had finished the last word, and when she did it was to see Betty sitting with her hand to her mouth while the tears rolled down her cheeks.

A Winter Love Song is a heartwarming and moving story of survival and love from bestselling author Rita Bradshaw.

Bonnie Lindsay is born into a travelling fair community in the north-east in 1918, and when her mother dies just months later, Bonnie’s beloved father becomes everything to her. Then at the tender age of ten years old, disaster strikes. Heartbroken, Bonnie’s left at the mercy of her embittered grandmother and her lecherous step-grandfather.

Five years later, the events of one terrible night cause Bonnie to flee to London where she starts to earn her living as a singer. She changes her name and cuts all links with the past.

Time passes. Bonnie falls in love, but just when she dares to hope for a rosy future, WW2 is declared. She does her bit for the war effort, singing for the troops and travelling to Burma to boost morale, but heartache and pain are just around the corner, and she begins to ask herself if she will ever find happiness again? 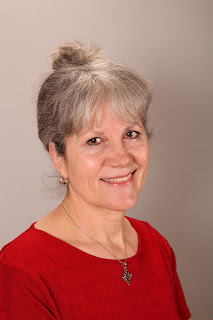 Rita Bradshaw was born in Northamptonshire, where she lives today. At the age of sixteen she met her husband - whom she considers her soul mate - and they have two daughters and a son, and six grandchildren. Much to her delight, Rita's first novel was accepted for publication and she has gone on to write many more successful novels since, including the number one bestseller Dancing in the Moonlight.