I am delighted to feature my review of Natchez Burning by Greg Iles on this global blog tour.

The Sins of the Past Never Die

Raised in Natchez, Mississippi, former prosecuting attorney Penn Cage learned all he knows of honour  and duty from his father, Dr Tom Cage.

But now Tom stands accused of murdering an African-American nurse with whom he worked in the 1960s, when racist violence was at its peak.

As  he hunts for the truth, Penn uncovers a long buried secret that could place his family in mortal danger- a conspiracy of greed and murder connected to a viscous sect of the KKK.

Up against the most powerful men in the state , Penn faces an impossible choice: does a man of honour choose his father or justice?

Whilst this is book four in the Penn Cage series of novels by this author, Natchez Burning heads the start of a trilogy, which looks in more detail the effects of the racial unrest which happened in the United States, and more particularly, in its Southern States in the early 1960s.

The story opens in 2005 when Penn Cage, a former prosecuting lawyer, has returned to his home town of Natchez in Mississippi. Hoping to find some sort of resolution, Penn has immersed himself in local life and at the start of this novel in 2005, Penn has become Mayor. It’s a position he takes very seriously, as honour and duty are traits that Cage takes to heart. These characteristics, which he has learned from his father, Dr Tom Cage, form the core of Penn’s emotional stability. However, Penn discovers, that there are secrets in in Tom Cage’s past which hark back to the dark days of racial unrest, and when Tom Cage’s friendship with his nurse, Viola Turner, is opened up to scrutiny, dark secrets which have been long buried, start to emerge with disastrous consequences.

Natchez Burning is a forceful novel with a powerful agenda, covering the relationship between a son and his father, about the accuracy of truth and the integrity of justice, and, more importantly, it's about the threat of dangerously volatile secrets, which over time become have become so deep-seated that they become almost too  difficult to vindicate. The book hits the ground running with a hard hitting prologue and makes no allowances for the impact it wants to make ,which then goes on to set the overall tone of the novel.

The novel is long, coming in at over 850 pages, and there is much to absorb both in terms of the actual story line which unfolds gradually but also in the simmering undercurrent of racial conflict which is embarked upon in some considerable detail. There is no doubt that the author has invested a great deal of time and emotion into this narrative, it’s extremely well prepared and contains content which is, at times, quite uncomfortable but, this I think allows great insight into an era which saw huge social and political turmoil.

Natchez Burning is a little out of my comfort zone, as I hadn't read any of the previous books in the series, so I found it best to read chunks of the story in short bursts rather than large sections as this  worked better for me and allowed some necessary time to absorb the finer points without getting too caught up in the sheer length of the story.

If you are familiar with this author and his writing, and have enough time to invest in the trilogy as a whole, I am sure that fans of his work will be delighted with the way that this trilogy continues the Penn Cage story. 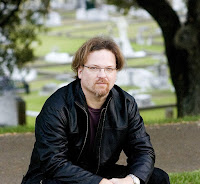 My thanks to Felicity at Harper for the invitation to be part of this tour and
for providing this bumper giveaway opportunity to one UK winner. 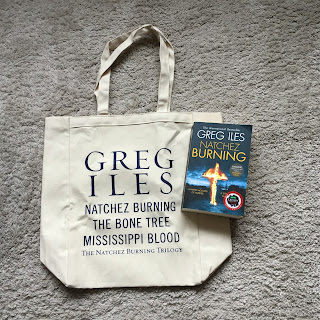