Blog Tour ~ Beneath the Apple Blossom by Kate Frost

Beneath the Apple Blossom Blog tour 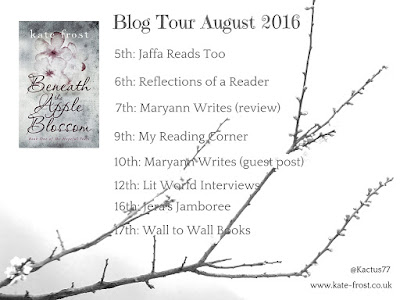 from Beneath the Apple Blossom

Four women, linked by blood ties, friendship, betrayal, loss and hope, struggle with the choices they’ve made and the hand that life’s dealt them.
All Pippa’s ever wanted is marriage and kids, but at thirty-four and about to embark on IVF, her dream of having a family is far from certain. Her younger sister Georgie has the opposite problem, juggling her career, her lover, a young daughter and a husband who wants baby number two.
Pippa’s best friend Sienna has a successful career in the film world, and despite her boyfriend pressurising her to settle down, a baby is the last thing she wants. Happily married Connie shares the trauma of fertility treatment with Pippa, but underestimates the impact being unable to conceive will have on her and her marriage.
As their lives collide in a way they could never have predicted, will any of them get to see their hopes realised?

With Beneath the Apple Blossom being told from the point of view of four different women, it was difficult to find an extract that both made sense out of context and that didn’t give away too much of the plot. Hopefully I got it right with the following piece, which is from the point of view of Connie, a married thirty-six year-old longing to have a baby. She’s just met Pippa, another thirty-something woman struggling with infertility and a failed first cycle of IVF.

The drive to her parents’ house in Cheltenham took over an hour and a half because Connie opted for the longer yet scenic route past Westonbirt Arboretum and through Tetbury rather than along the M4 and straight up the M5. She liked having the time to think and what better place to be alone with her thoughts than on a drive through beautiful countryside. It was good to have met someone going through the same thing; however much she didn’t wish her misery on anyone else, it was refreshing to have someone who understood the uncontrollable feelings of jealousy, resentment and even rage – all feelings she needed to get under control before walking through the front door of her parents’ house. The thought of seeing her brother with his new baby erased the optimism she’d felt talking to Pippa, and so before reaching Cheltenham and facing her family, she decided to stop at the arboretum.

Dappled sunlight filtered through leafy branches and cast comforting warmth on the twig and leaf-strewn ground. It was too beautiful a day to be having negative thoughts, yet even the sight of a forest of acers in a blaze of deep red, fresh green and buttercup yellow did little to lift her spirits. She trudged on, forcing one foot in front of the other, determined to pound away the melancholy gripping her like a vice.

It was peaceful and she was glad there weren’t many people about – fewer and fewer the further she walked away from the cafe and shop. She pulled a bottle of water from her bag and immediately wished it was spiked with vodka – anything to numb the pain. She’d been good for too long, drinking decaf tea and coffee, abstaining from alcohol, taking pre-pregnancy vitamins, and all for what? Nothing she’d done had actually helped her to have a baby. How many young women got knocked up after an alcohol or even a drug-fuelled evening out? Maybe a night of drunken sex with Felix was exactly what was needed. Everything had become so clinical and all the fun of trying to get pregnant had disappeared a long time ago – as soon as needles, scans and low mobility had been mentioned.

Connie stopped and looked around. She had wandered a little way off the path and was in a small grassy clearing surrounded by trees heavy with spring leaves and blossom. Not in the mood for making small talk with a stranger, she chose a spot in semi-shade out of sight of the path, leant back against the slender tree trunk and closed her eyes. A slight breeze caressed her face and every so often she got the wonderful sensation of sunlight on her. She took a deep breath and drank in the scent of damp grass and spring flowers – fresh, sweet and alive – then opened her eyes to a canopy of white against the blue sky. The apple tree was bursting with blossom like masses of white teardrops.

She had everything to live for even if it didn’t feel like it right now. Life was a journey, and the best journeys were the ones that couldn’t be predicted before setting off, or that weren’t an easy ride to reach the destination. Right then, on a perfect spring day beneath the apple blossom, she made a pact with herself to keep loving life whatever was thrown at her. She may have suffered yet more disappointment but she could still see beauty in the world and feel at peace, enjoy the simple things in life: sunshine, the English countryside, a good book, a glass of wine…

Connie smiled as she took a sip of her water and picked up a fallen apple blossom. Sod it, she’d open a bottle of red tonight and have a glass or three. Onwards and upwards, that’s what her aunt would tell her. In fact, she’d phone her aunt when she got back home; it had been a while since they’d spoken, with Connie being too wrapped up in her own life. She and Felix would move on from this failed cycle and try again, see if they’d have more luck the second time.


Kate Frost lives in Bristol with her husband, an energetic toddler who loves waking up before 5am, and their cute and chilled out Cavalier King Charles Spaniel. When she’s not yelling ‘slow down’ to said toddler or being used as a climbing frame, Kate writes women’s and children’s fiction. Her debut novel, The Butterfly Storm, was published in 2013, her second contemporary women’s fiction novel, Beneath the Apple Blossom, has just been released, and her first children’s book, Time Shifters: Into the Past, an exciting time travel adventure and the first of a trilogy, will be published in October 2016. 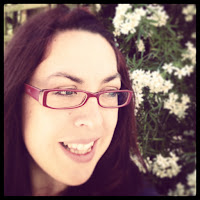 
Huge thanks to Kate for sharing this extract and for the invitation to be part of this exciting Blog Tour. Tour runs 5th - 17th August. Do visit the other tour hosts for more exciting content.

My thoughts about Beneath the Apple Blossom..


Beneath the Apple Blossom is, in many ways, a very modern story which highlights the predicament of four very different women who try to juggle work, relationships and the pressure of commitment. It’s also about the anguish of infertility and the effect this has on a relationship, particularly when things don’t go as planned.

I enjoyed reading the story from the different viewpoints of Pippa, Georgie, Sienna and Connie and even though all of their stories are quite different, there is a common theme which runs throughout and which pulls the focus of the book together. The author has done a good job of combining their stories together, whilst at the same time keeping their individual stories entirely unique. I liked a couple of the women more than others, but I think highlighting their faults and foibles makes them believable and this is what makes the story work so well.

The author writes convincingly about the emotional cost of motherhood, about the worries of infertility, the temptation of infidelity, and ultimately of the heart-breaking choices that some women have to make in order to be happy with themselves.