Captain Jesamiah Acorne is in trouble. Again. Arrested for treason and smuggling, believing his beloved ship, Sea Witch, lies wrecked on England’s North Devon coast, his only hope of escaping the noose is for someone to quash the charges. That someone turns out to be his ex-lover – but there’s a price to pay.

He needs to find a boy who has disappeared, and a valuable casket that more than one person wants to get their hands on. When people start getting murdered and Barbary pirates kidnap his wife, Tiola, his priorities rapidly change – but who is lying about what? Is returning to piracy a wise idea? Is Tiola having an affair with her mysterious Night-Walker ‘friend’?

Meanwhile, Tiola has her own battle to fight – keeping herself and Jesamiah alive!

There's something rather special about meeting again with established characters and in On The Account, the fifth book in the Sea Witch Voyages, the author has again brought to vivid life the adventures of swashbuckling Captain Jesamiah Acorne and his mysterious wife, Tiola.

When authors seek to maintain stability within an established series, there is sometimes a danger that stories can become diluted, but this is not the case with this series, which seems to go from strength to strength. Maintaining continuity, whilst at the same time giving readers something new to discover is what makes reading the Sea Witch Voyages so much fun. I enjoyed this story because it’s little bit more mystical than its predecessors, slightly otherworldly in places, but always at the forefront is the author’s keen eye for detail and a strong sense of history, both real and imagined. The fine attention to detail and the author’s unique story telling ability always ensures that Captain Jesamiah and his adventures never fail to hit the mark.

To say more about the minutiae of the story would be to spoil the overall effect but what I can say is that the eighteenth century comes alive in splendid detail, from Jesamiah’s initial incarceration in a gloomy Bristol gaol, to the terror of kidnap and the threat of coercion, there is never a dull moment, either for Jesamiah and his wife, or for those characters who form a major part of this rollicking good adventure.

As with any series, it is of course best to start reading from book one, however, it is perfectly possible to read and enjoy On the Account as a standalone story. 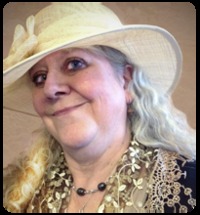 Helen Hollick lives with her family in North Devon, England, in an eighteenth-century farmhouse, surrounded by thirteen acres of fields and woodland. A variety of pets include horses, two Exmoor ponies, dogs, cats, chickens, ducks, and geese. A passionate supporter of indie, Helen is Managing Editor for the Historical Novel Society Indie Reviews. Her main passion is her pirate character, Captain Jesamiah Acorne of The Sea Witch Voyages, which carry the quality endorsement of Indie B.R.A.G. medallions. Helen is also published traditionally in the US, and became a USA Today Bestseller with 'The Forever Queen' (titled 'A Hollow Crown' in the UK) – the story of Saxon Queen, Emma of Normandy. Her novel 'Harold the King' (titled 'I Am the Chosen King' in the US) is an acclaimed re-telling of events that led to the 1066 Battle of Hastings. Her Pendragon’s Banner Trilogy, set in the fifth century, is widely acclaimed as a different telling of the Arthurian Myth. Helen is published in various languages including Turkish, Italian and German.


My thanks to Helen for sharing Captain Jesamiah's latest adventures with me.