Quicksand is an altogether different sort of story; it’s quirky and irreverent which had me smiling at one point, and then shaking my head in frustration at others.

The story is about an unlikely friendship between two very different individuals. Liam struggles with just about everything in his life, he wants to write the next literary masterpiece and yet, his work as a failing police officer and his friendship with the hapless criminal, Aldo does absolutely nothing to help him realise this dream. A dream which Liam also imagines will bring him back the love of his life, his ex-wife Stella. What then follows is a series of hapless incidences which involve both Aldo and Liam, and with an altogether frenetic sort of activity allow a glimpse into the turmoil and improbability of their world.

By the time I came to the end of the story, I’m not sure that taken as a whole the concept worked for me. True, there were some interesting observations about the whims and fancies of an altogether cluttered life but I’m afraid for me it sort of lost direction half way through and became rather too unbelievable in places.

My feeling is that this will be something of a love it or hate it sort of book and overall, Quicksand,  may not be what readers are expecting. 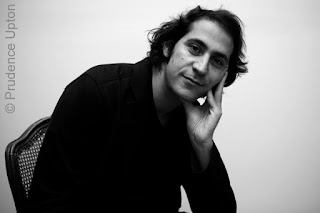