Review ~ I Can't Begin to Tell You by Elizabeth Buchan


British born Kay Eberstern has been married to her Danish husband Bror for twenty five years and her home in the well run country estate of Rosenlund is both secluded and peaceful. But when the Germans invade Denmark in 1940, life for the Ebersterns and in particular for Kay is about to change forever. Kay is lured, almost by default into becoming involved with the Danish resistance movement and her task to shield and protect a male operative, known only as Felix, is fraught with danger. When her family are unwittingly drawn into the conspiracy, Kay has some really tough decisions to make, none of which bode well for the future of her family.

What then follows is a complex and fraught story which looks at the dangers faced by those of the resistance who were 'on the ground' and constantly moving around trying to get coded information out to London. But what was equally fascinating was the complicated involvement of all those who were charged with the responsibility to both receive and decode these vital messages as they came in.

It was quite refreshing to read a WW2 novel which focused on Denmark as all too often the stories I have read about the resistance focus on France and it's easy to forget that other European countries were facing equally challenging circumstances.

The early part of the novel seems a little slow but I think this is quite deliberate as it allows the story to develop at its own pace, however, by about a third of the way into the novel the story really starts to take off and soon becomes utterly compelling.

This is a well written and fascinating novel and is worth reading if you enjoy WW2 historical fiction.

My thanks to Penguin / Michael Joseph for my copy of this book. 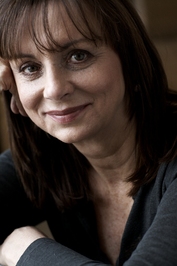