The author in my spotlight is ....Linda Chamberlain 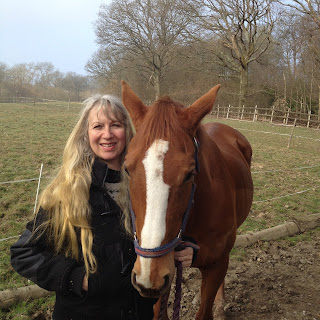 Linda ~ a warm welcome to Jaffareadstoo and thank you so much for taking the time to answer our questions...

I’ve been writing forever. Well, since childhood. Doesn’t everyone find it easier to jot something down rather than say something? Ideas, thoughts even jokes have been known to flow from me if I’m holding a pen but ask me to tell you a story to your face and I might freeze.

Such a personality made me the ideal candidate for a career in journalism so that’s where I headed straight from school. It was wonderful and they paid me for doing what came easily. Journalists don’t have to talk about themselves because they are always asking questions but the writing style is clipped and efficient. No editor will ever ask you to describe the clouds in great detail and so turning to fiction from such a background wasn’t easy.

The average news story will be a few hundred words. My books are about 100,000. I never like to think about that when I start a new one because the length is intimidating.

But you asked what got me started on fiction? It was the need for financial independence. I felt a little lost when children came along and made a career in journalism hard to hold onto. By the time my youngest started going to football training, he was dutifully followed by his mum and a laptop. I never missed a training session, got a lot of writing done but, to my credit, didn’t miss a match or a goal.

What can you tell us about The First Vet that will pique the reader's interest?

Apart from it’s a darned good book, of course! Personally, I love books that have some facts at their disposal so that by the time you get to the end you are so intrigued that you start thinking beyond the story and want to know more about the thread underlying it. So, make yourself comfortable and let me tell you about one of this country’s first vets and why he was such a remarkable man worthy of the status of hero in a romantic novel. His name was Bracy Clark and he gave up a promising career as a surgeon in order to become a student at the newly opened veterinary college in 1793. It was all about horses at that time – sorry, Jaffa, cats didn’t matter, unfortunately. Horses were central to our economy and we were losing them more at home through ignorance than were being killed in the revolutionary wars.

So, Bracy took a huge risk to help the horse because no one had heard of a veterinarian in the late 18th century and this new breed of animal doctors would have everything to prove, suspicion to overcome. You can already tell he was a self-sacrificing, wonderful man, can’t you?

But just as Ross Poldark had to deal with the wicked George Warleggan, Bracy had his own real-life nemesis to thwart in the guise of Professor Edward Coleman who ran the veterinary college for more than 40 years. He was charming, well liked and extremely well connected but, according to my man and a few historians, he was an ‘unmitigated evil’. The charges against him are many. He shortened the veterinary course to just three months. Fact. He allowed unsuitable pupils. Quite possibly. For the sake of the student fees that were going into his own pocket. Ah, an intriguing allegation. He died a very wealthy man and this gave credence to the claim of corruption.

Since Bracy, as well as a few periodicals at the time, ran with the story in print, I saw no reason not to do the same. So this is the background to my historical romance - a story of love and corruption. Bracy has a few horses to ride, just like Poldark, but without the sea. He also has a few animals to save and a woman to convince.

Are you a plotter...or...a start writing and see how it goes, kind of writer?


Plotters! I try not to talk to them. I certainly wouldn’t play chess against them. They know what’s happening, before it’s happened. Nothing surprises them. Be wary of them, Jaffa, they probably know what’s going to be in your food bowl tonight. History hasn’t been kind to people who plot so that’s probably their excuse. So many plots; so many executions.

No, I’m the type of writer who has great difficulty organising the book launch party, seems to get there in the end but has forgotten to write a thank-you-for-coming speech and has to wing it on the night. Faced with a new novel to start, I introduce my blank mind to a blank page. I have some characters, a bit of a story, possibly some historical research and off we go. There are huge disadvantages to this approach. The manuscript needs to be rewritten many, many times. Inconsistencies have to be spotted, ironed out; characters have to be honed. To be honest, I envy plotters and their dreadfully tidy, organised lives and their ability to get their tax return in before the deadline.

What do you hope readers will take away from the story?


Bear with me because this is about the welfare of horses. Bracy Clark was an animal rights campaigner before we ever coined the phrase. He campaigned for better treatment of these animals; he was against heavy loads, whips, spurs…and horse shoes. Shoeing horses with metal and nails is the issue I have slipped in without anyone noticing. The non-horsey reader won’t even know there are welfare concerns about this age-old practice but it’s dividing the equine world and has led to much vitriol as well as prosecutions. I’m only going to intrigue you…not bore you, so I won’t tell you more. Anna Sewell popped a welfare issue into Black Beauty – the bearing rein which forced horses to hold their heads high but caused pain and injury. She told a good tale, sold an enormous number of books and did some good. So, I would like my readers to enjoy my story but also consider whether clip clop should, in future, become pad, pad…

Huge thanks to Linda for sharing her thoughts so eloquently.
Jaffa and I have loved having you as our guest on the blog today.
We wish you continued success with your writing.

My review of The First Vet can be found here.