My Guest on the blog is Hannah Fielding 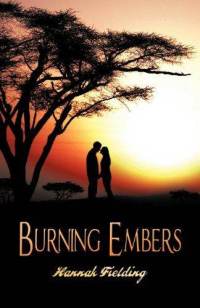 Hannah , what is it about Burning Embers which will pique the reader’s interest?


One of my reviewers describes Burning Embers best: ‘A sultry epic romance like Hollywood used to make.’ Burning Embers is pure romantic escapism. The plot takes place in magnificent surroundings, there is a little suspense which will keep the reader turning the pages, and of course Rafe, my hero, is to die for!

You set the book in Kenya – how important is location to your story?

In my stories location is very important because it is a means by which I convey romance. I believe that the setting is essential for establishing a romantic mood and transporting the reader to the fantasy world, because location holds such power to colour a story. Since childhood I’ve loved writers who really paint a scene in your mind, and I knew when I started writing romance that I wanted to transport my readers to the time and place in which I situate the tale. The canvas I’m creating must not only capture their attention but also their emotions. The reader must be able to see, feel, taste, hear, smell everything my heroes and heroines are experiencing, and I call upon all the senses to render an authentic ambiance.


What came first, the plot or the people, and did you base your characters on anyone you know?

The plot came first. When I write, I am essentially a planner. Having researched my facts thoroughly, I plan my novel down to the smallest detail. A writer today has no excuse for not getting his/her facts right. I use all the tools available: travel, internet, books, films, documentaries: they’re all there to enrich the experience and make the writing journey easier. Planning ahead, I have found, makes the writing so much easier and therefore so much more enjoyable. After that I place my characters – purely my own inventions – in my story like pawns on a chessboard.


How much research did you need to do for Burning Embers?


I read widely on Kenyan history and culture, especially folklore, but in fact most of the inspiration was from my own experiences. Burning Embers began not as a story, but as a vivid landscape in my mind. The seed of the idea was sown many years ago when, as a schoolgirl, I studied the works of Leconte de Lisle, a French Romantic poet of the 19th century. His poems are wonderfully descriptive and vivid – about wild animal, magnificent dawns and sunsets, exotic setting and colourful vistas (see my website for translations: http://www.hannahfielding.net/?cat=7).

Then, later on, I went on holiday to Kenya with my parents and I met our family friend Mr Chiumbo Wangai who often used to visit us. He was a great raconteur and told me extensively about his beautiful country, its traditions and its customs. I was enthralled, and when I put pen to paper Burning Embers came to life.


Can you tell us what you are writing next?

My next novel, The Echoes of Love, is a romantic and touching love story set in Venice and Tuscany. It opens with the first Venice Carnival of the Millennium. It is a tale of lost but tender, deep, ineffable love, dealing with its echoes and learning to love again. The release of The Echoes of Love is planned for November.


...And finally a fun question: If Burning Embers was optioned for a TV drama/movie, who would you like to play Rafe and Coral ?

Read an Excerpt from Burning Embers

Though the afternoon sunshine was beginning to fade, the air was still hot and heavy. Coral was struck by the awesome silence that surrounded them. Not a bird in sight, no shuffle in the undergrowth, even the insects were elusive. They climbed a little way up the escarpment over the plateau and found a spot that dominated the view of the whole glade. Rafe spread out the blanket under an acacia tree. They ate some chicken sandwiches and eggs and polished off the bottle of cordial. They chatted casually, like old friends, about unimportant mundane things, as though they were both trying to ward off the real issue, to stifle the burning embers that were smoldering dangerously in both their minds and their bodies.
All the while, Coral had been aware of the need blossoming inside her, clouding all reason with desire. She could tell that he was fighting his own battle. Why was he holding back? Was he waiting for her to make the first move? Rafe was lying on his side, propped up on his elbow, his head leaning on his hand, watching her through his long black lashes. The rhythm of his breathing was slightly faster, and she could detect a little pulse beating in the middle of his temple, both a suggestion of the turmoil inside him. Rafe put out a hand to touch her but seemed to change his mind and drew it away. Coral stared back at him, her eyes dark with yearning, searching his face.
The shutters came down. “Don’t, Coral,” Rafe whispered, “don’t tease. There’s a limit to the amount of resistance a man has.”
“But Rafe…”
A flash of long blue lightning split the sky, closely followed by a crash of thunder. Coral instinctively threw herself into Rafe’s arms, hiding her face against his broad chest. She had always had a strong phobia of thunderstorms. Now she knew why the place had seemed eerie, why there had been no bird song or insect tick-tocks, no scuffling and ruffling in the undergrowth. Even though the skies when they entered the valley had not foretold the electrical storm that was to come, just like with the animals, her instinct had told her that something was wrong. But she had been too distracted by the turbulence crackling between her and Rafe to pay attention to the changing sky.
Rafe, too, was shaken out of his daze and turned his head to see that the sun had dropped behind the mountain. Dense clouds had swept into the valley and were hanging overhead like a black mantle.
“Where did that come from? No storm was forecast for today?” he muttered, jumping up.
There was another tremendous peal of thunder, lightning lit up the whole glade, and again another crash. Then the heavy drops of rain came hammering down against the treetops, pouring down through the foliage.
A wind was starting up. Without hesitation, Rafe folded the blanket into a small bundle and tucked it under his arm. He slung the hamper over his shoulder, and lifting Coral into his arms, he climbed his way up to the next level of the escarpment where a ledge of rock was jutting out and found the entrance to a cave where they could shelter. Coral was shivering. She tucked her face into his shoulder, her fingers tightly gripping his shirt. She was completely inert, paralyzed by fear. They were both drenched.
There was no way they would be able to get back to Narok tonight. Coral knew from her childhood that storms were always long in this part of the country, and through her panic she prayed that he wouldn’t be piloting that little plane back in this howling gale. At least here they were protected from the storm. It was not yet completely dark. Rafe looked around, still holding her tightly against him. Coral couldn’t herself as she sobbed uncontrollably.
“Shush, it’s all right,” he whispered softly in her ear. “It’s only a storm. By tomorrow morning it’ll all be over.” He brushed her tears away as more fell. “I’m going to have to set you down for a moment, Coral. I need to light us a fire and get you out of those wet clothes.”


Hannah - thank you for visiting us - we wish you continued success and look forward to reading The Echoes of Love when it is published.