My Guest on the Blog is Maria Elena Alonso-Sierra 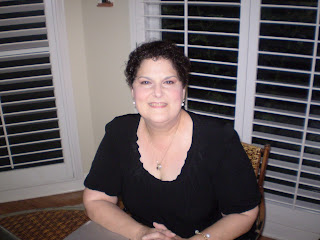 Where did you get the inspiration for The Coin?

I was living in France at the time, and I had taken the children out to one of the area parks in the region that had hiking trails.  As the boys were kicking the ball along the trail, I noticed several coins on the ground.  The area was a small, secluded clearing, and we were the only people there.  My mind, which always is setting up scenarios of one sort or another, came up with:  what if a married woman with children finds a coin, but that coin is used for nefarious activities?  And that was the moment the novel was born.

What is it about your book that will pique the reader’s interest?
Now that is a hard question.  At first I would have answered the setting and the plot.  But what I think drives the story are the characters, especially the interaction between Richard and Gabriela.  I think that I made them compelling to the readers, especially the character of Richard.  At first, he is a cynical, world-weary man; but as he grows to admire and love this woman who has been thrown into his path by Fate, his humanity becomes evident.  Without Richard and Gabriela, and the other minor characters who interact with them, the readers would not be as interested, I think.

How much research did you have to do for the book, and where did your research take you?
Actually, not much, except for the coin itself and types of handguns used by law enforcement.  On my mother’s side, our family has always owned guns (and I have fired a few, myself), so the feel of a shooting gun was not that unfamiliar to me.  At the time I began writing the novel, I had already been living in the area for more than a year.  By then, I was quite familiar with the region, its history, and its quirks, so it was easy incorporating that in the novel.

You set the book on the beautiful Cote d'Azur - how important is location to your story?

It is an integral part of the suspense.  Without the isolation, the mountains, the roads, the story would feel different.  I also wanted to share with my readers the love I felt for the area, its history, and its beauty.

I am working on two novels, actually.  The first is a follow-up to The Coin.  The second is more of a police procedural/murder mystery.   The follow-up to The Coin is a romantic suspense once more, set half in California and half in London (another of my favorite places).  All I can say is that it deals with a replica of an old manuscript called The Book of Hours and that someone is trying to coerce my main character to sell it to him.  Intrigue follows.  The second novel requires a bit more research and will be set in New York, another old stomping ground of mine.

And Finally for Fun:

The Game of Kings by Dorothy Dunnett and Atlas Shrugged by Ayn Rand.

Thank you so much Maria Elena for visiting us and for giving such thoughtful answers to our questions.

We wish you continued success with your writing.

When Gabriela Martinez discovers an unusual coin in the mountains above her home in the Côte d'Azur, she merely thinks that it will be the perfect adornment for her bracelet, however, she is totally unaware of the devastating consequences this action will have on her life. Richard Harrison, is an American intelligence officer, who, with his French counterpart, Maurice Nôret is unwittingly drawn into the search for a group of racist individuals who may be using the coins for their own purposes. When Richard is assigned to protect Gabriela, he is unprepared for the depth of feeling towards this beautiful and talented woman, and yet, when psychological and menacing forces seek to destroy everything Gabriela cherishes, Richard knows that regardless of his own emotional wellbeing, Gabriela’s safety is paramount.

This fast paced romantic thriller has a decidedly menacing edge to it; the plot is fast and furious and never slackens its pace. The characterisation is strong and meaningful and the dialogue between the major players is convincing and well thought out. The inclusion into the story of some quite dark and sinister psychological mind games adds a dangerous frisson of excitement which helps sustain the tension to an exciting degree.

I particularly enjoyed the beautiful setting of the Côte d'Azur whose isolated beauty forms an integral part of the novel.

Overall, this is a commendable first novel. The author has a real talent for storytelling, and her ability to control the action whilst keeping the integrity of the love story adds a nice dimension to what is in effect a very well controlled and suspenseful thriller.