A book that makes you sad

If you only read one book then let this be it...from the first page I was hooked, and didn't come up for air until the story was finished and Sarah's tale was told. Historically accurate, and focused on a largely unknown historical period in WW2 Paris, Sarah's story will keep you reading long into the night.....I felt grief stricken when the story was done and mourned for the characters who had become part of my life, and who will remain with me for a very long time. 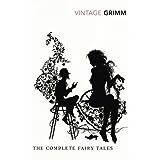 This is a simple little tale about how the dog, cat and mice were once friends, until one day the dog gave the cat a document made of parchment to look after, which the cat hid in a hole within a hollow tree. As time passed the cat forgot about the document, and a hungry little mouse came by and nibbled the precious document until it had nearly all gone. When the dog wanted the document back, the cat went to the hollow tree and saw that the document had been nibbled by the mouse...

The cat became so mad at the mouse, and the dog was mad at the ca,t and in the end they all became sworn enemies...

This story makes me sad - as the dog should just have got its human to look after the document.....much easier all round, and then dogs ,cats and mice would still be friends !!!