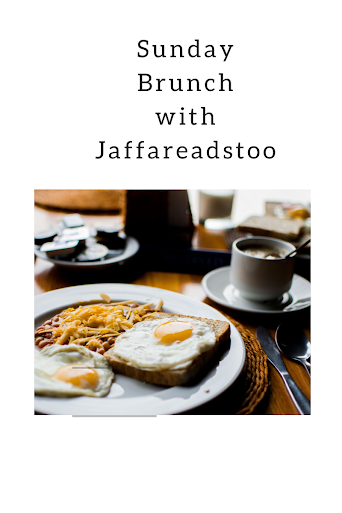 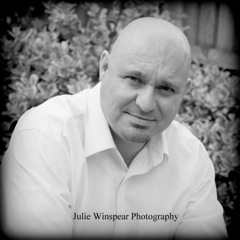 🍴Good morning, Mike! What favourite food are you bringing to Sunday brunch?

Cumberland sausage from Haighs in west Cumbria. There are loads of great butchers in Cumbria, but they put more pepper in the Haighs sausage so it’s perfect for a brunch (And that’s Cumbria logic for you . . .)

🍴Would you like a pot of English breakfast tea, a strong Americano, or a glass of Bucks Fizz?

Bucks Fizz is honking but I do like a pot of strong tea (Yorkshire). But, as it’s brunch, I’ll go with a black Americano.

🍴Where shall we eat brunch – around the kitchen table, in the formal dining room, or outside on the patio?

Depends if the cricket is on. If it is then anywhere I can listen to Test Match Special. Probably outside though. And I’ll be wearing shorts and a punk T-shirt so definitely not the formal dining room.

🍴Shall we have music playing in the background?  And if so will you share with us a favourite song or piece of music that makes you happy?

Yes, we should. Iron Maiden’s The Talisman

🍴Which of your literary heroes (dead or alive) are joining us for Sunday Brunch today?

Commander Sam Vimes, Ankh-Morpork City Watch. He eats like me, removes the L and T from off a BLT. Think he’d approve of the Cumberland sausage. Certainly a step up from the ones he gets from CMOT Dibbler . . . And if you want to know what CMOT stands for, dive into a Terry Pratchett book.

🍴Which favourite book will you bring to Sunday Brunch?

Night Watch by Terry Pratchett, or if you have kids needing traumatised by rabbit genocide, Watership Down by Richard Adams 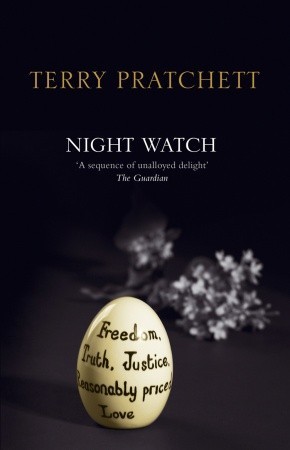 🍴When you are writing, do you still find time to read for pleasure? And is there a book you would like to read but haven’t had time for …yet!

I get a lot of books sent to me for quotes but I make time every day to read for pleasure. I have a few on my bedside bookcase I’m dying to get to: the new Philip Pullmans, the new Suzanne Collins. And I still haven’t read The Maltese Falcon . . .

🍴What’s the oldest book on your book shelf?

Think it’s The Adventures of Sherlock Holmes by Arthur Conan Doyle. I have a 1919 John Murray edition. 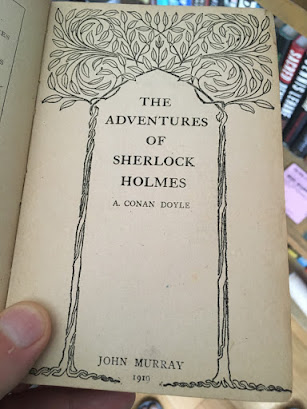 🍴Where do you find the inspiration for your novels?

Anywhere and everywhere. Ideas for novels have never been a problem. At the minute I’m writing Poe 5 – The Botanist – but loosely plotting 6 and 7. I have at least another 20 ideas at various stages of development.

🍴Have you a favourite place to settle down to write and do you find it easier to write in winter or summer?

I always write in my office and I always start the new book on December 1st. I find winter easier to write, as there are less festival distractions.

🍴When writing to a deadline are you easily distracted and if so how do you bring back focus on your writing?

Deadlines focus me. I missed the deadline for Poe 4 – Dead Ground – by one day. It was supposed to be submitted by November 1st 2019 (for a book that’s out in June 2021 – that’s how far ahead they need to work) and my agent sent it on November 2nd, although that’s mainly because he asked me to make some changes.

🍴Give us four essential items that a writer absolutely needs?

A good dictionary, a good book on human anatomy (I could not be without The Concise Human Body Book), copies of your previous books so you can cross-reference things, and, for me, I’d be lost without A Natural History of the Senses. Otherwise I tend to pick up books as and when I need them. As The Botanist is about a poisoner, and as I want to get the science correct, on my desk right now are Molecules of Murder and More Molecules of Murder by John Emsley, and Crime Writing: How to Write the Science by Brian Price.

🍴What can you tell us about your latest novel or your current work in progress?

The Botanist is about a poisoner who gives his victims advance notice he plans to kill them. Regardless of the precautions they take, he still manages to get to them. And while all this is going, someone very close to Washington Poe has been arrested for murder..

Fans of the Poe and Tilly  series will be delighted to know that CUT SHORT three original Poe and Tilly short stories was published on the 3rd September and is available in ebook only.

Mike, where can we follow you on social media?

M. W. Craven was born in Carlisle but grew up in Newcastle, running away to join the army at the tender age of sixteen. He spent the next ten years travelling the world having fun, leaving in 1995 to complete a degree in social work with specialisms in criminology and substance misuse. Thirty-one years after leaving Cumbria, he returned to take up a probation officer position in Whitehaven, eventually working his way up to chief officer grade. Sixteen years later he took the plunge, accepted redundancy and became a full-time author. He now has entirely different motivations for trying to get inside the minds of criminals...

The Puppet Show, the first book in the Washington Poe and Tilly Bradshaw series was published by the Little, Brown imprint, Constable in 2017, and went on to win the Crime Writers’ Association Gold Dagger in 2019. It has been sold in numerous foreign territories and the production company Studio Lambert, creators of the award-winning Three Girls, have optioned it for TV. The sequel, Black Summer, was longlisted for the 2020 Gold Dagger. The third in the series, The Curator, was released in 2020.
M. W. Craven is married and lives in Carlisle with his wife, Joanne. When he isn’t out with his springer spaniel, or talking nonsense in the pub, he can be found at punk gigs and writing festivals up and down the country.

🍴 Thanks so much, Mike, for joining us for Sunday Brunch today 🍴

It's been great fun!

Email ThisBlogThis!Share to TwitterShare to FacebookShare to Pinterest
Labels: Sunday Brunch with Jaffareadstoo