Blog Tour and Giveaway ~ Blooms of War by Suzanne Tierney

In war, she fell in love.
Vera Betts shouldn’t be falling in love with the enigmatic doctor she suspects of espionage. Reeling from her family’s betrayal, she’s faked her nursing credentials, invented a new name, and run away to the front lines of the French battlefield. Four years into the Great War and she knows who she is and what she’s meant for—to save the living and sit vigil by the dying. When the cagey-yet-earnest Dr. Nicholas Wallace arrives, so do mysterious explosions destroying hospitals. Even as Nick raises her suspicions, he lowers her defenses. He wants the war to end. Are his acts of sabotage politically motivated or a desperate attempt at peace?
In peace, she fell apart.
A year later, Vera is back with her oppressive family, living under her real name, and Nick is on trial for murder. Trapped in grief and guilt, she cannot speak about the past and does not believe in the future. With Nick refusingto defend himself, she ventures to London to understand why he is so willing to embrace the hangman’s noose. Who is he trying to protect? What secrets does he plan to carry to his grave? And why does Nick insist upon hiding her true identity? To save the man she loves, Vera must tear open the past and confront the tragic price for peace.

What did I think about it..
Unknown to her aristocratic family, Margaret Halladay works as a nurse amongst some of the worst situations in WW1. In the field hospital where she nurses gravely wounded soldiers, she is known as Sister Vera Betts, and it is under this assumed name that she sees out the war, a war which changes her forever. Brought together in difficult circumstances Vera’s association with the enigmatic and multi-talented surgeon, Doctor Nicholas Wallace goes far deeper than that of mere colleagues.
The story splits between two time frames, so that we learn what happened during the war whilst Vera was in France and then, on her return home in 1919, we follow her as she tries to pick up the pieces of a life she is uncomfortable with whilst at the same time doing all she can to help Nicholas Wallace who is facing a trial for murder.
The story, particularly the events of WW1 are vividly described. This wasn’t a time for the faint hearted and heroes, and heroines, were often found running towards danger rather than away from it. The war imagery is described in detail so that I felt as if I was present in the mud of Flanders, dodging incendiaries and triaging the worst of the catastrophic injuries both of which arrive with alarming regularity. Just as interesting is Vera’s determination to fight for truth and justice, the way that she upholds her strong beliefs in times of trouble is admirable.
The author writes well, with a strong sense of time and place and brings both the war and the events afterwards into sharp focus. Blooms of War is filled with intrigue, and more than a hint of danger, and yet at its heart there’s a rather special romance. I won’t give anything away as to how the story eventually unfolds except to say that I closed the book with a satisfied sigh of a good story, well told.
About the Author 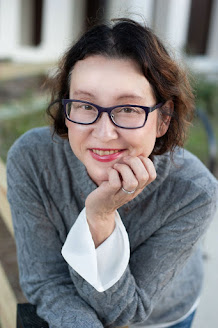 Writer of lush, historical happily-ever-after tales, Suzanne Tierney believes in true love. But she takes delicious pleasure in making her characters fight, flutter, and find their way to each other. Her book shave won numerous awards and she has twice been a Golden Heart Finalist®with the Romance Writers of America.Suzanne grew up in Oregon, adulted in the San Francisco Bay Area, and somehow ended up in Florida, where she is very much a cold-water fish learning to navigate humid, salty seas. She loves chatting with readers.
Twitter @notajaxgirl
@rararesources
Instagram
Facebook
Website
**Giveaway** 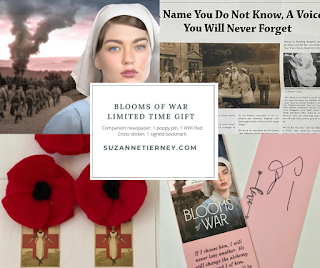 3 Winners each win a Donation of $15 to designated winner’s choice of front line healthcare worker organization in the name of the designated winner for example it could be the American Red Cross; etc. (Open INT)
Terms and Conditions Worldwide entries welcome.
Please use the Rafflecopter entry below.
Rafflecopter Entry

Any personal data given as part of the competition entry is used for this purpose only and will not be shared with third parties, with the exception of the winners’ information. This will be passed to the giveaway organiser and used only for fulfilment of the prize, after which time Rachel’s Random Resources will delete the data. I am not responsible for dispatch or delivery of the prize. 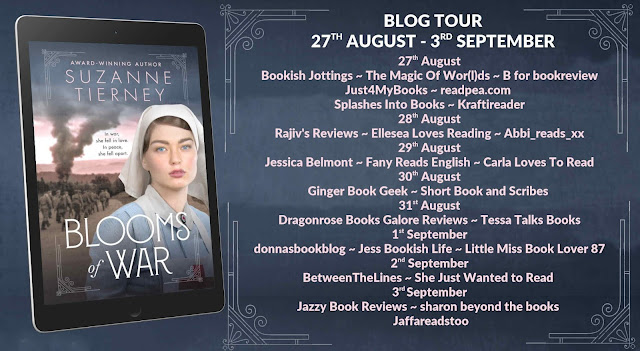