Blog Tour ~ Finn and the Wild Goose by Sammy Horner

An urgent quest turns into a wild adventure where Finn discovers that all is not what it seems about his Granda. A fast-paced scramble through a land of banshees and leprechauns, faeries and fiends, leads Finn to the place where the mysteries of the wild goose are revealed.
What did I think about it..
The magic and mystery of folk lore transcends time, and in this lovely story, Finn and his Granda set off on an adventure to rescue Finn's younger sister from the little people. It's a journey which will see them encounter all sorts of creatures from Irish folk lore, fairy tale and fantasy. Some with good intent, others a little bit less welcoming, but throughout the whole of this enchanting story, the author weaves together the magic and mystery of  a grand adventure.
Finn and the Wild Goose is about the close relationship between grandfather and grandson, the way they both learn learn about life, it's fascinating mysteries and complicated shortcomings, the value of listening between one generation and the next, and in finding the strength to do what your heart tells you is the right thing to do.
Beautifully written with short, sharp chapters and delightfully simple, but effective, drawings, I have been quite engrossed by Finn and the Wild Goose, which is, on one level, a delightful children's story about finding something precious which is lost, but if you look really closely it's also about the precious gift of storytelling, a skill this author has in abundance, and of the importance of keeping alive the magic of our myths, legends, fairy folk and fantasy creatures, who make up so much of our story telling heritage.
About the Author 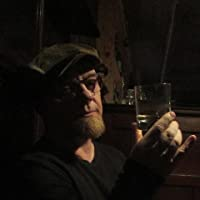 Sammy Horner is an Irish Musician, Recording Artist, Pastor, Author who spends all his time traveling around the world trying to make it all a little better. When he isn't in remote parts of the world teaching life skills (practical trade skills, he is also an electrician and a qualified teacher) he tours with his wife Kylie as half of the Americana / Folk Duo, 'The Sweet Sorrows'. He has two children and two grandchildren. Sammy lives in Wexford Ireland and occasionally gets to live in his own home for part of the year.
Amazon UK
Twitter @malcolmdown #SammyHorner #FinnWildGoose
@Publishingsarah
@LoveBooksGroup 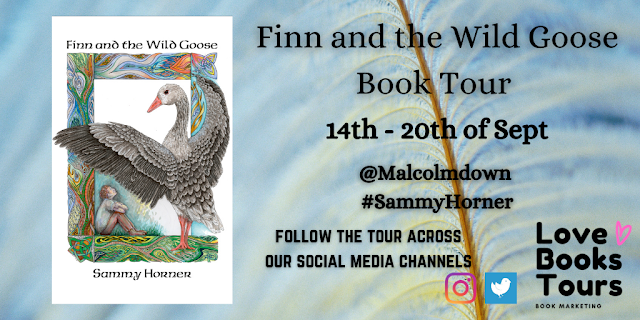