Hist Fic Saturday ~ Before the Crown by Flora Harding

Before the crown there was a love story…
Windsor Castle, 1943

As war rages across the world, Princess Elizabeth comes face to face with the dashing naval officer she first met in London nine years before.

One of the youngest first lieutenants in the Royal Navy, Philip represents everything she has always been taught to avoid. Instability. Audacity. Adventure.

But when the king learns of their relationship, the suitability of the foreign prince is questioned by all at court.

He is the risk she has never been allowed to take. The risk not even the shadow of the crown will stop her from taking…

Step through the palace gates and discover a captivating historical novel of royal secrets and forbidden love exploring the tempestuous courtship between Princess Elizabeth and Prince Philip in the wake of WWII.
What did I think about it..
We've all seen grainy black and white images and newsreel pictures of Princess Elizabeth, arm in arm, with her handsome fiancé, Prince Philip of Greece. This fascinating love story of the twentieth century seems to have taken place such a long time ago now but the interest in this devoted royal couple certainly doesn't dim with the passage of time. Before the Crown breathes new life into an old story with a fictional look at the romance and courtship of this beautiful, but shy, princess and her handsome, and charismatic, prince.
The story opens as seventeen year old Princess Elizabeth is eager to meet up again with twenty-three year old Philip, who she first met as a rather rather gauche thirteen year old. This introduction made such a lasting impression on her that she pursues a relationship with Philip despite her parents disapproval. However, both she and Philip realise that a match between them would be advantageous, especially for Philip, whose home circumstances are complicated as he is not without financial and personal difficulty.
The author really captures this time in history very well and brings all the necessary elements of Elizabeth and Philip's courtship to life in a very readable way. The natural concern of the King and Queen and their understandable reluctance about their precious daughter committing herself to a penniless naval officer is captured well, as is Elizabeth's dogged determination to get her own way and marry the man she truly loves despite her parent's misgivings.
I raced through the book, happy to spend time at Buckingham Palace and Windsor Castle with the Princess and the royal family. I was also just as comfortable to be with Philip as he carefully considers his future, both in terms of his personal happiness, and also his, quite valid, fears about the constraints that this relationship would, undoubtedly, have on his life and independence.
We all know the outcome of this courtship but it was interesting to see how the author carefully crafted the story to bring them together in a delightfully romantic way. I enjoyed the 'will they, won't they' aspect of their relationship, and of course, the sweet build up to the engagement and royal wedding.
I'm not a huge watcher of the TV series The Crown having only watched the first series with any great interest but I am sure that fans of the programme would enjoy this fictional account of how Elizabeth and Philip's relationship began from the beginning, and readers of royal romances will, I am sure, find much to enjoy simply because it's a rather sweet love story with two delightful main characters .
Before the Crown is published on the 17th September and is available to pre-order now at the low price of just 99p. 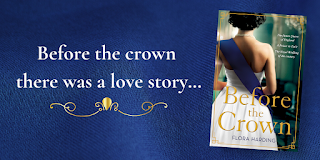 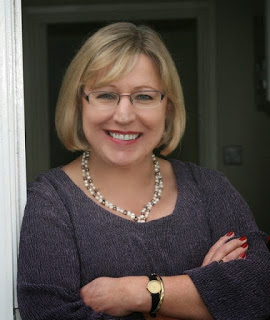 Flora Harding began writing over 30 years ago to fund a PhD on the disposal of waste in Elizabethan York, and has juggled fact and fiction ever since. Under various pseudonyms she has written more than 75 novels, histories and other forms of non-fiction and continues to be fascinated by the relationship between the past and the present, whatever she happens to be writing. Flora still lives in York with the city walls and the Minster at the end of her street, and is a freelance project editor as well as an author. Much as she loves the historic city, she yearns too for open horizons, and is a keen walker, preferably in wild, open spaces.
Twitter @AuthorFlora
@OneMoreChapter_ 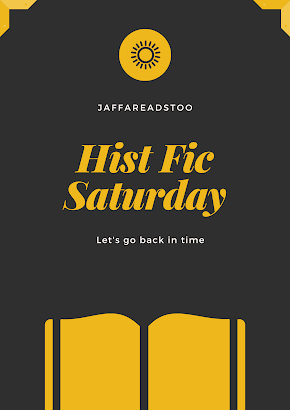